Researchers wave goodbye from the deck of Xuelong 2. 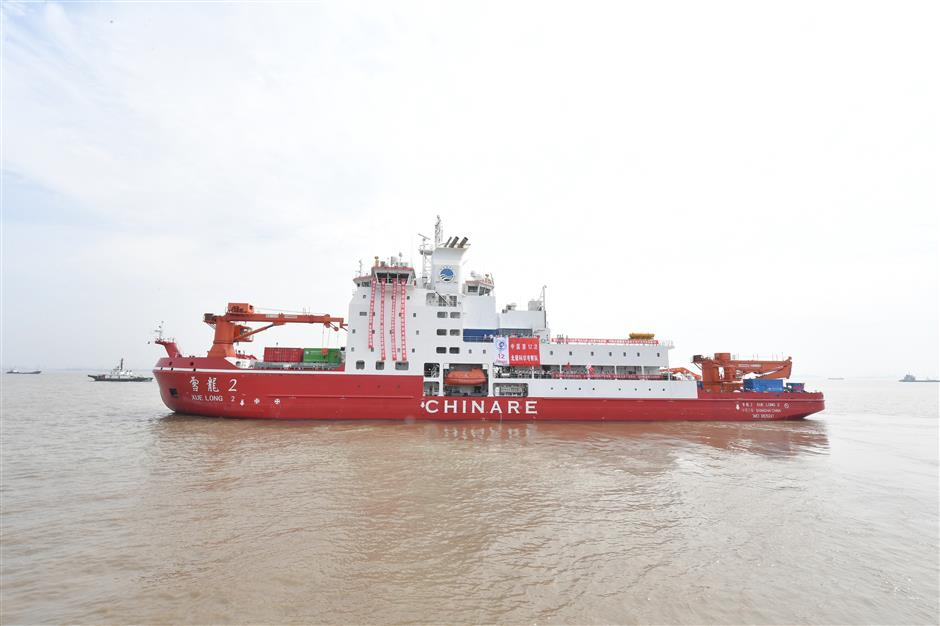 Icebreaker Xuelong 2 sets off from Shanghai.

The scientists it is carrying will monitor the North Pole area's environment, sea water and ice, micro plastics and other aspects to learn more about climate change and ecological protection.

They will also carry out scientific research on the mid-ocean ridge to improve understanding of the Arctic's natural environment.

It will sail about 15,000 nautical miles on its research mission, and return to home port in Shanghai in late September.