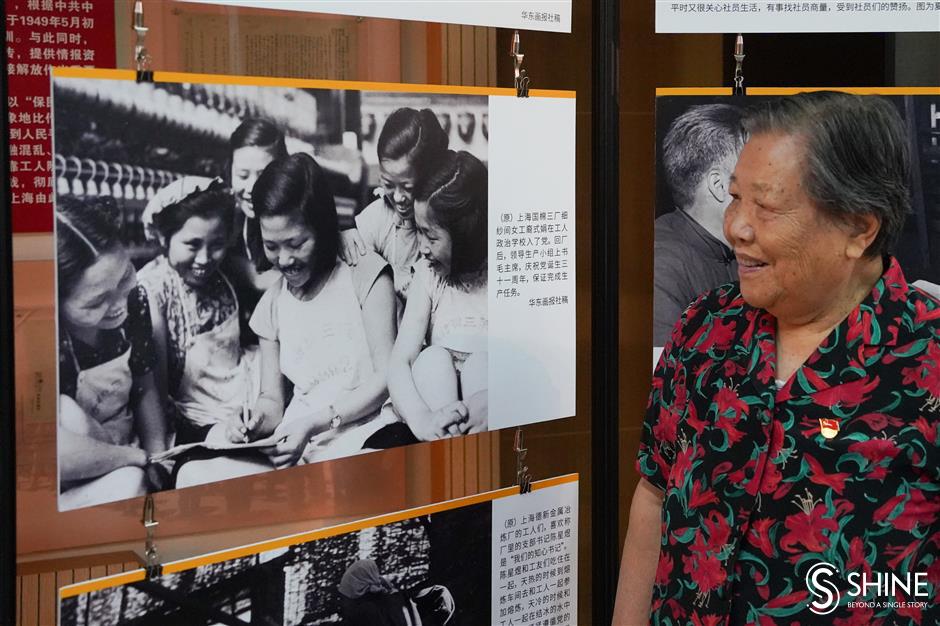 Yi Shijuan, one of China's earliest "model workers," looks at one of her old photos taken seven decades ago.

The Shanghai Archives received a collection of donations today from Yi Shijuan, one of China's earliest "model workers" and delegates to the First National People's Congress.

Yi, 92, once a top spinner at the Shanghai No. 2 General Cotton Mill, donated 70 mementos, including honorary medals she has won, her certificates to six people's congresses and photos with national leaders such as Chairman Mao Zedong.

One of the key archives is the Government Work Report made by former Premier Zhou Enlai at the First National People's Congress in 1954.

"I think the government report should be a valuable reference these days, so I decided to donate it along with other documents I dug up," Yi told the donation ceremony at the archives today.

Yi, a native of Yancheng in neighboring Jiangsu Province, worked at a local Japanese textile mill when she was 18 years old. Her endeavor and skills qualified her as outstanding when the Japanese factory was taken over and became a state-owned factory. 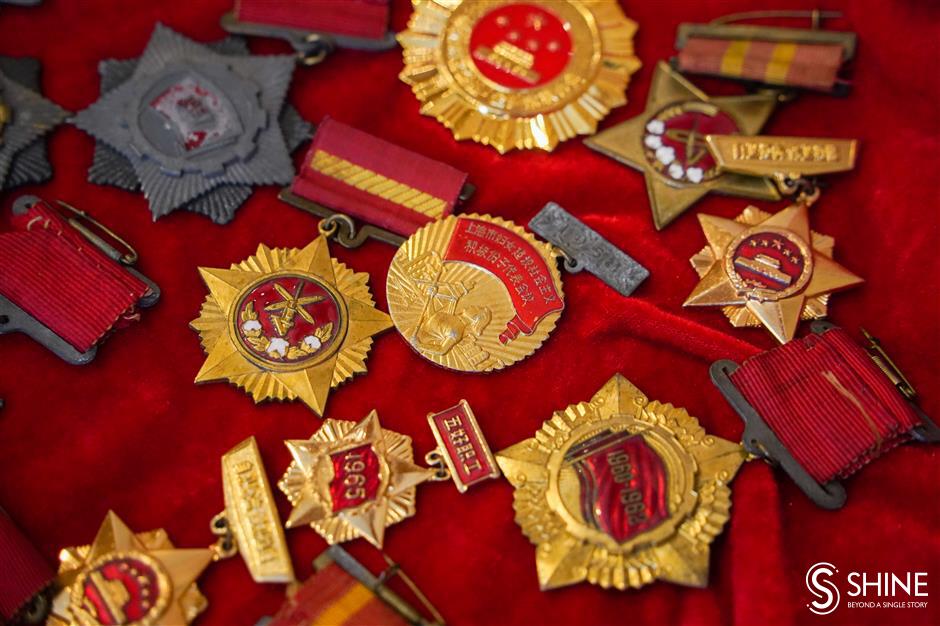 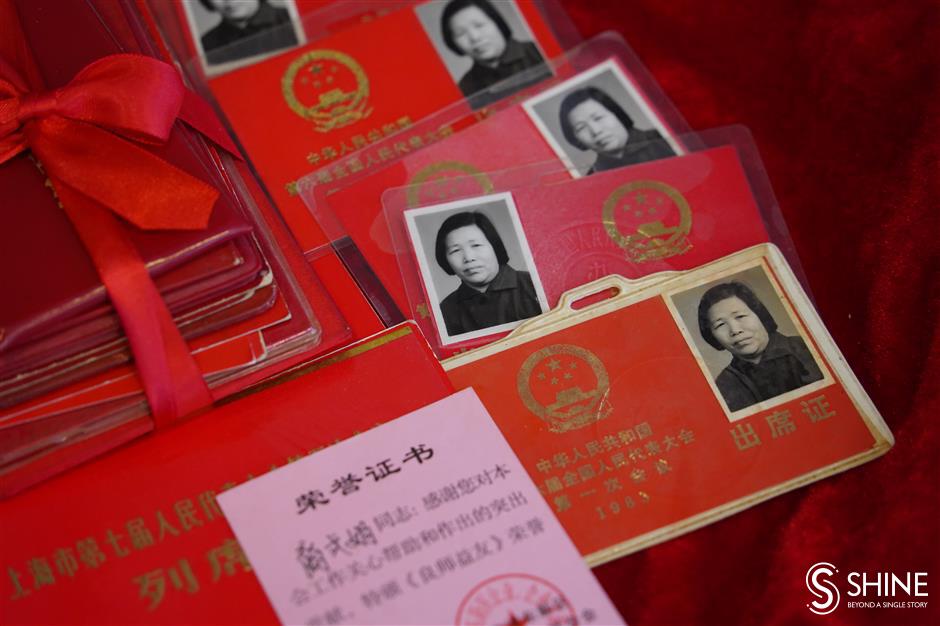 Yi's certificates for the first and subsequent National People's Congress.

Yi led a spinners' team named after her to achieve the country's top production level for eight consecutive years. She won the title of national model worker twice and the city-level honor seven times.

She was elected as a delegate to the First National People's Congress in 1954 at the age of 24, and was later elected five more times.

She was made vice president of the Shanghai General Trade Union in 1978. During her term in office, she established a kindergarten for workers' children.

"We workers used to have no status until the liberation of the country in 1949, when we became the masters of our own destiny," Yi said. "I made no personal contributions to the country. All the honors came from the leadership of the Party and support from the public." 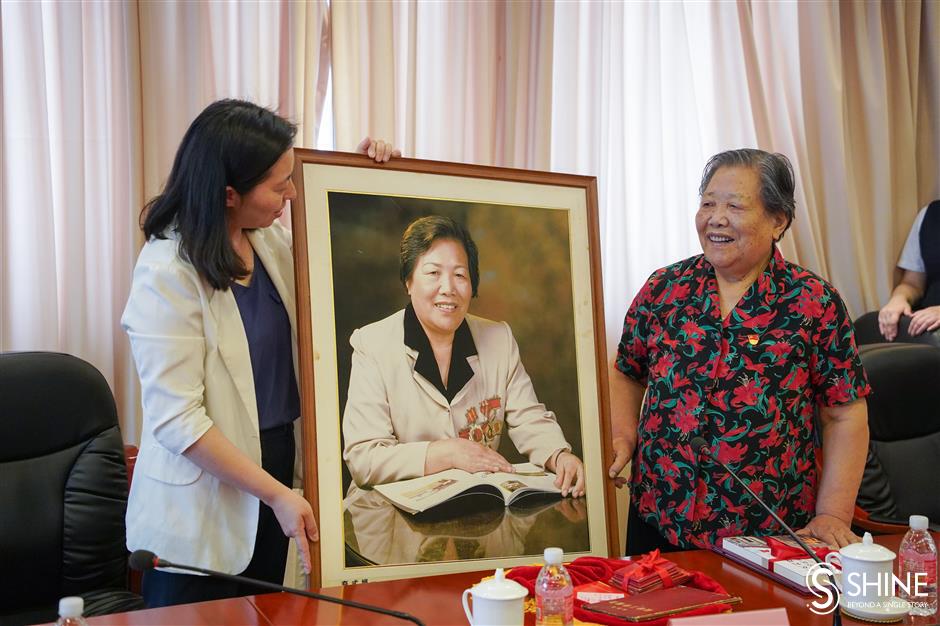 Yi donates her portrait to Xu Weiwan, curator of the Shanghai Archives.