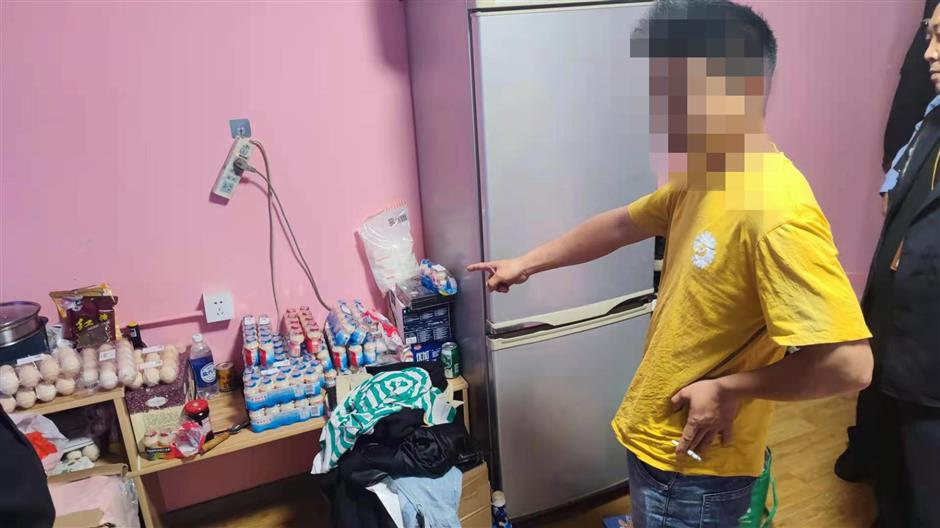 One of the suspects confesses to committing the fraud.

The suspects, former employees of the company, are alleged to have maliciously registered new user accounts on the e-retailer's website to get discounts on purchases and then profited by reselling them.

Police in the Pudong New Area started their investigation in April when the company reported suspicious behavior.

The company claimed some of its suppliers began complaining in March that some goods they offered were being resold in wholesale markets at undercutting prices.

The company then realized its new user policy was being abused, and had incurred more than 455,000 yuan (US$70,300) in losses, police said.

The company offered coupons to newly registered users and established users who attracted new users. Many fake accounts were registered on the company's app within a short time with unusually active purchases made, police said.

The two suspects were located and caught in two Songjiang District locations.