The Xujiahui area in downtown Xuhui District was the hottest area in the country today, with the temperature reaching 37.7 degrees Celsius around 1pm, according to national meteorological authorities.

The high temperature also triggered this year's second orange heat alert in the city, issued at 10:50am by the city's meteorological bureau, warning the temperature could reach 37 degrees. After a few hours, the mercury in the Xujiahui weather station quickly climbed to 38 degrees around 2pm.

There was also a solar halo in the sky today, a rare atmospheric optical phenomenon.

The halo surrounding the sun was formed by refraction and reflection of tiny ice crystals in clouds, Kong Chunyan, one of the chief meteorological service officers at the bureau, said.

The mercury is expected to ease a bit to 34 degrees on Thursday, followed by thundershowers on Friday and over the weekend with highs above 30 degrees. 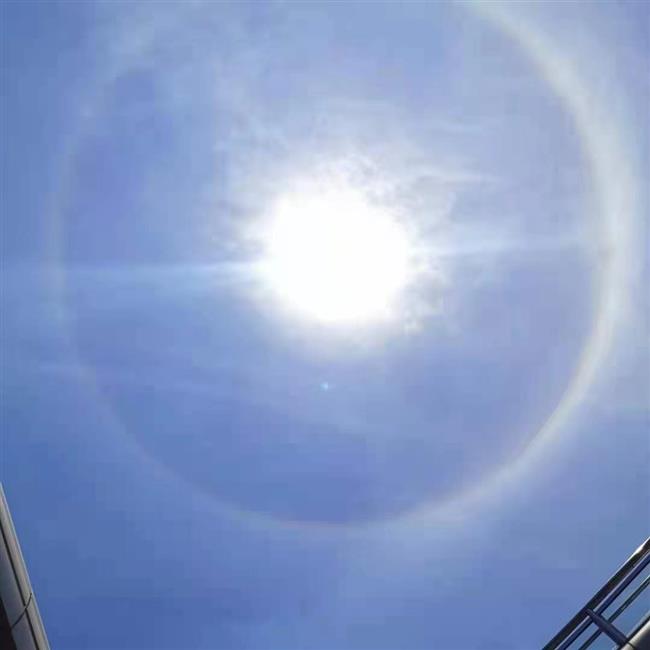 A solar halo around the sun today