Renji Hospital on Tuesday reported a success in treating a patient who sustained a skull fracture after being injured in a traffic accident.

The victim was riding an e-bike when he collided with a motorbike on the night of June 27. Due to the hot weather, he didn't wear a helmet.

As a result of the crash, he fell to the ground and crushed his forehead. The other driver, who wore a helmet, wasn't injured.

The patient was rushed to Renji Hospital's south branch where emergency surgery was carried out immediately.

Dr Feng Junfeng led his team in a four-hour operation to reconstruct the man's damaged skull and repair injured tissues. All of the man's language, mobility and cognition functions were fully recovered.

"Skull fracture is a common injury which can cause serious complications. Wearing a helmet can reduce the risk of brain injury during accidents," Feng said. 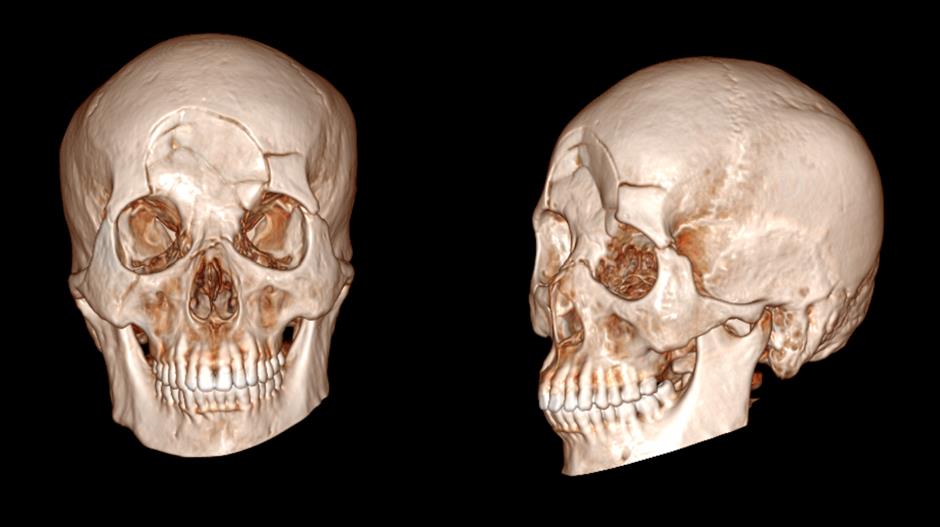 The skull injury sustained by an e-bike rider involved in a crash without a helmet.