Strong progress made in 18 sectors of Delta development zone 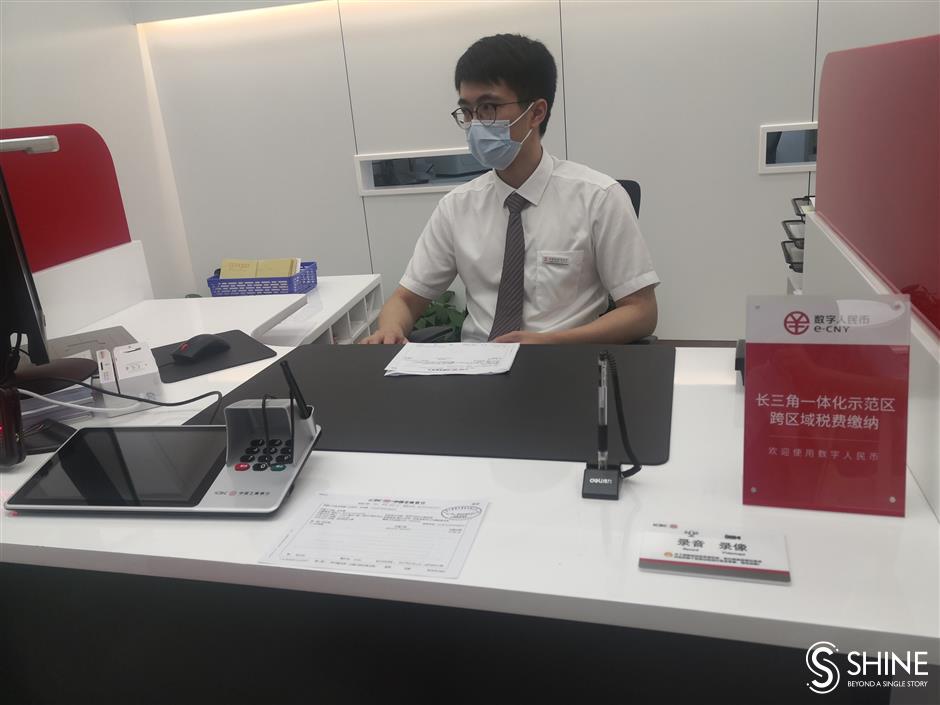 Cross-region tax payment with e-yuan is accepted at an outlet of Industrial and Commercial Bank of China in Qingpu District.

Development of the Yangtze River Delta Ecology and Greenery Integration Demonstration Zone is on the fast track, with strong achievements made in 18 sectors in the first half of this year.

Among them, a pollution prevention, tracking and evaluation strategy for the water environment of Taipu River, Dianshan Lake, Fenhu Lake and Yuandang Lake has been formed, and a trial of digital currency application in the zone has started.

"A unified and refined monitoring and management mechanism has been established to implement coordinated management of the water environment in different reaches, improve water quality and curb pollutants," Zhang Zhongwei, deputy director of the demonstration zone's executive committee, told a press conference on Tuesday afternoon.

The first batch of standards in the environment management of the zone have been released and a number of government service affairs has allowed cross-region application and handling.

A technical standard on air quality forecasts in the demonstration zone has been implemented recently, regulating procedures and technical methods.

Two other standards on volatile organic compounds and exhaust gases have also been released.

A new batch of standards covering aqua-culture pollution prevention and control, and construction of ecological corridors will be released soon for reference in environment law enforcement and monitoring of the zone, said Zhang.

A scheme covering foreign high-end talent work permit in the zone has been released. The scheme targets top professionals with A-grade classifications. 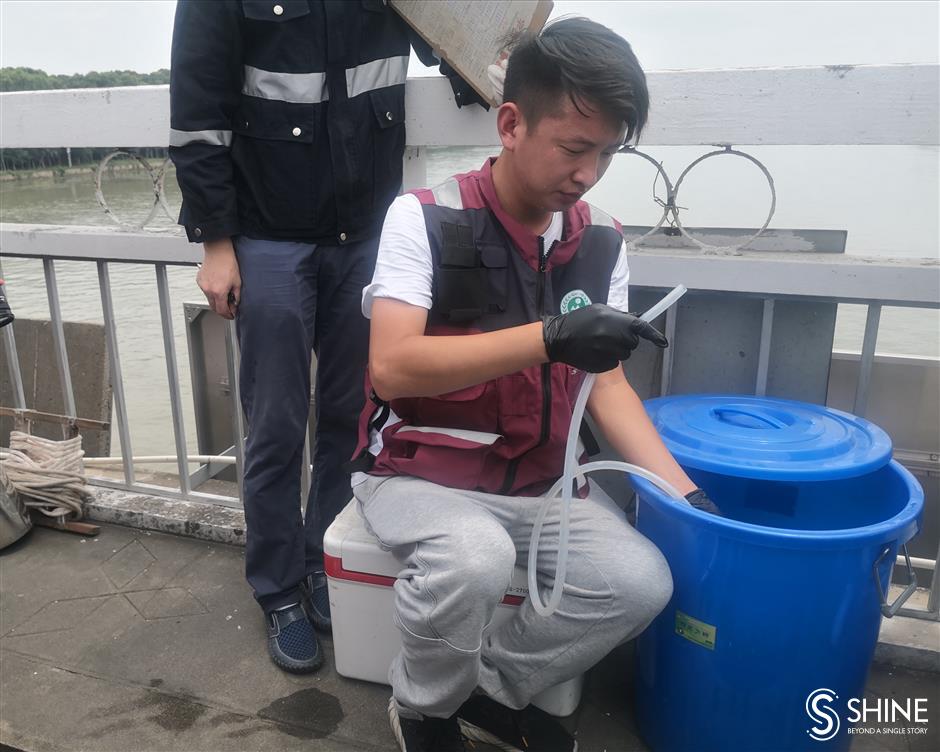 In the demonstration zone, high-end foreign professionals can be granted maximum five-year work permits based on unified standards among the two districts and one county.

Foreign talent who are classified as Grade A in any of the locales and who terminate contracts with their former working units and do not make outbound trips after the end of contract are exempt from submission of materials such as work-experience proof and academic certificates when applying for work permits with new companies in the zone. They will maintain their top talent status.

With a single card, 2.15 million residents in the demonstration zone with permanent residency are able to enjoy services such as cross-region buses and discounted admission to tourist attractions in the zone.

From June, the zone has realized inter-provincial settlement through digital medical insurance services at 75 designated medical institutions, making the whole process smoother for patients, with the time for queuing, payment and medical report collecting significantly cut.

"I immediately got my expenses reimbursed through the application. It is very convenient for patients like me who often forget to bring medical insurance cards," said Yang Wei, a patient from Jiashan in Zhejiang Province who visited the Qingpu District branch of Zhongshan Hospital on Tuesday to seek medical treatment for a sore throat.

She was on a business trip in Shanghai and felt uncomfortable suddenly.

According to Yang, in the past, she had to pay the expenses herself and get them reimbursed after returning to Jiashan. But now, by scanning the QR code at the hospital entrance and downloading the designated application, she can immediately enjoy inter-provincial medical insurance settlement after registration.

The Fenhu Lake in the demonstration zone

Trials on the use of e-yuan in the demonstration zone have started, covering diversified activities such as shopping, tourism, agriculture and public transport.

"E-yuan tax payment exempts service charge and there is no delay in the payment process because it is real time," said Wang Zitong, director of the business operation and industry development department of the demonstration zone's executive committee.

"The whole payment process takes only several minutes, which is smooth and very convenient," he said.

"The trial also facilitates the integration of the Yangtze River Delta region," he added.

"I used to spend a whole afternoon rushing from Qingpu District to Wujiang District to get my tax paid, and now the digital yuan trial cuts the whole span to five or six minutes," said Jin Qihao, a resident of Qingpu who visited an outlet of the Industrial and Commercial Bank of China in Qingpu District on Tuesday morning for house rent tax payment.

Jin said he "was amazed by the speed of the digitalization of China's currency and the convenience it brings to residents in the demonstration zone."

A design and development blueprint for creation of a "watertown meeting room" in the zone is being worked on and construction of a number of key projects is scheduled to start before October, according to the demonstration zone's executive committee.