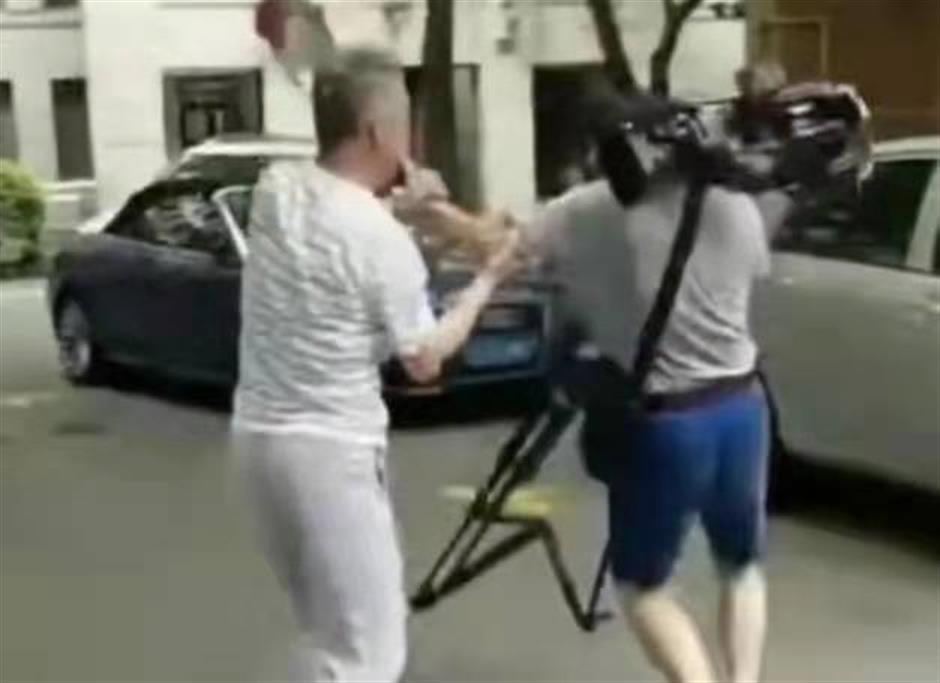 The man assaults one of the reporters.

The incident took place in a residential complex on Tianshan Road in Changning District at 11am on Tuesday.

The two reporters, who work for Shanghai TV Station, were interviewing on illegal group leasing allegations from the residential complex when the man surnamed Zhang attacked them, police said.

Zhang allegedly assaulted both verbally and physically and damaged their equipment.