Participants of the paper tearing event proudly display their works.

Five-year-old Divijia Maskay decorated her paper-torn giant panda by putting a ring of green leaves around it at an activity organized by Shanghai Overseas Returned Scholars Association to promote traditional Chinese culture.

Although she had learned paper cutting at school, it was the first time for her to try Shanghai-style paper tearing, one of the city's intangible cultural heritages.

On Friday, more than 30 expats from 13 countries, including Divijia's family from Nepal, experienced the glamour of intangible cultural heritage and traditional Chinese culture at the event held in art venue MoeTown in Changning District.

Following Hua Xingfu, an inheritor of Shanghai-style paper tearing aged in his 70s, they created their own works featuring giant pandas, an icon of China.

Participants said they were fascinated by the exquisite skills of inheritors of intangible cultural heritages, such as Hua, their craftsmanship and the splendid Chinese cultural legacies.

Divijia's father Ashish Maskay, a winner of the 2020 Shanghai Magnolia Award for service as assistant director of the Department of Orthopaedics at Shanghai United Family Hospital, has lived in Shanghai since 2003. 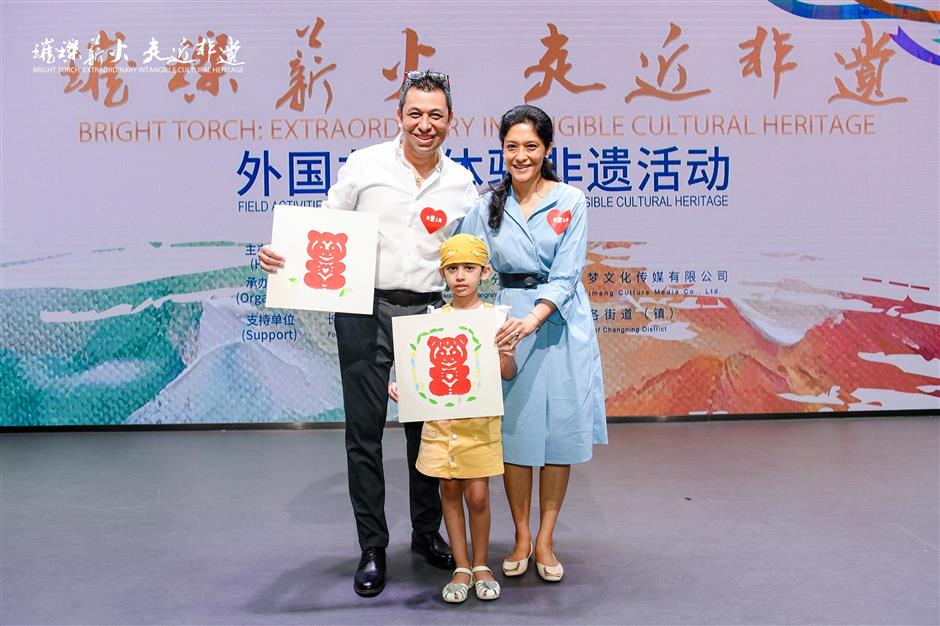 "I think the exchange of culture and ideas is very good for us who are away from home and living in Shanghai and China," he said. "I feel coming to this event is like a break from work and at the same time I can learn about a different culture. It's really nice. We should have more of this."

Ashish believes the increasing promotion of intangible cultural heritage is very good. "I think one thing we should not lose, no matter where you're from, is your roots and your culture. It's good to go forward and develop and have technology and iPhones and iPads and everything to help you. But we should not lose the skills like this."

"Paper tearing is a city-level intangible cultural heritage of Shanghai and its inheritor Hua is a resident of Changning," Lu added. "The more hard work an art requires, the closer it is to the original form of our traditional culture." 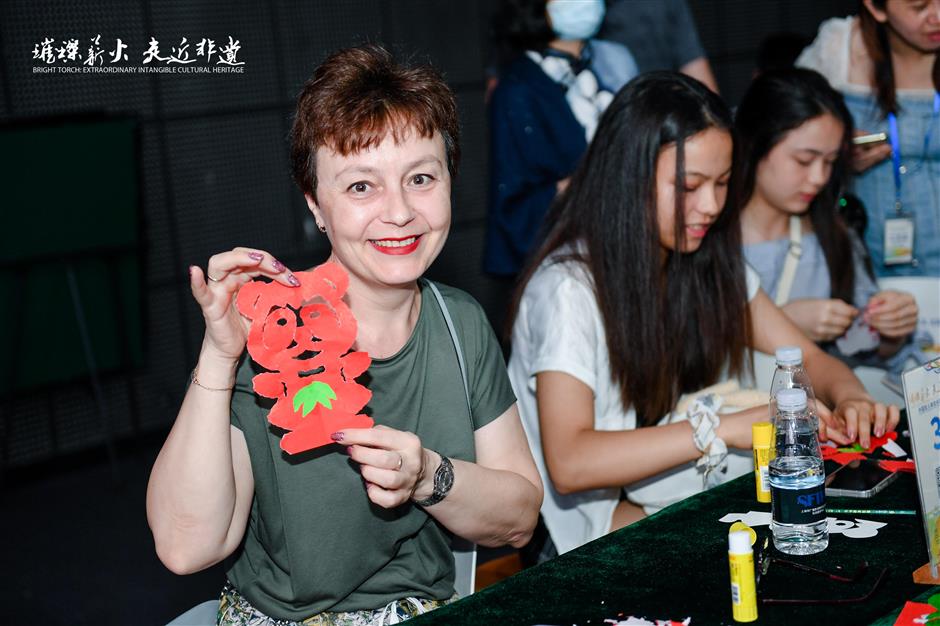 A foreigner complete her paper-torn panda at the activity.

Chinese American Shen Xiaoping, a winner of the 2008 Shanghai Magnolia Award and president of Shanghai Sipo Health and Nursing College, said he will take his paper-torn works back to the US and share their beauty with his foreign friends.

"This event provides a good platform for foreigners to understand Chinese culture and approach Chinese clubs and cultural organizations," said Shen. His family all contribute to promoting Chinese culture in the US. 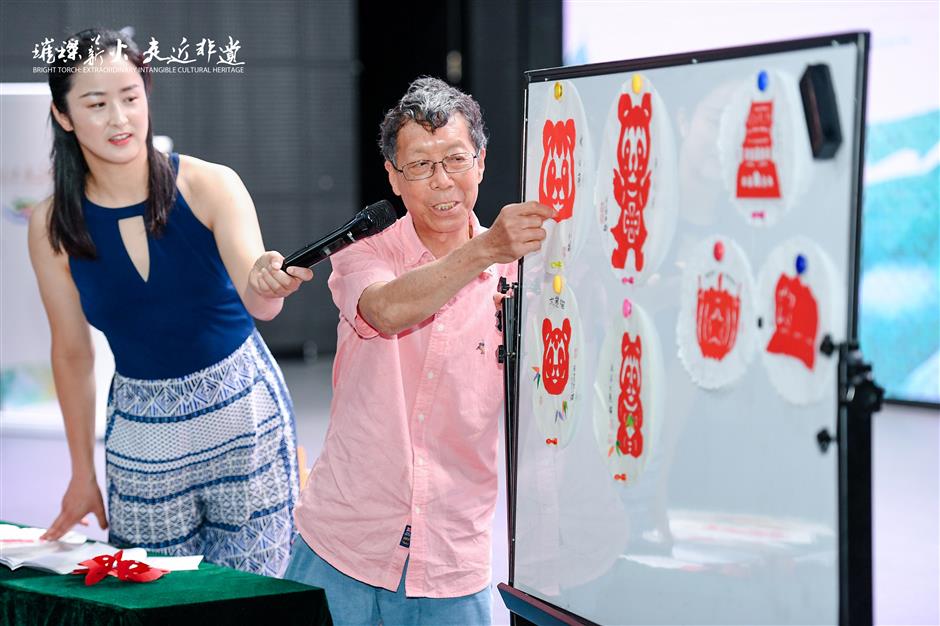 Hua Xingfu, an inheritor of Shanghai-style paper tearing, teaches how to make a paper-torn panda.

At the Changning activity, the participants experienced the unique charm of about 100 of the city's intangible cultural heritages while visiting an AR digital art exhibition, exploring stories and techniques.

They also watched a documentary focusing on nearly 100 inheritors of intangible cultural heritages in China. The Changning Branch of Overseas Returned Scholars Association plans to make a series of these events in the future, said its secretary general Chen Yong.