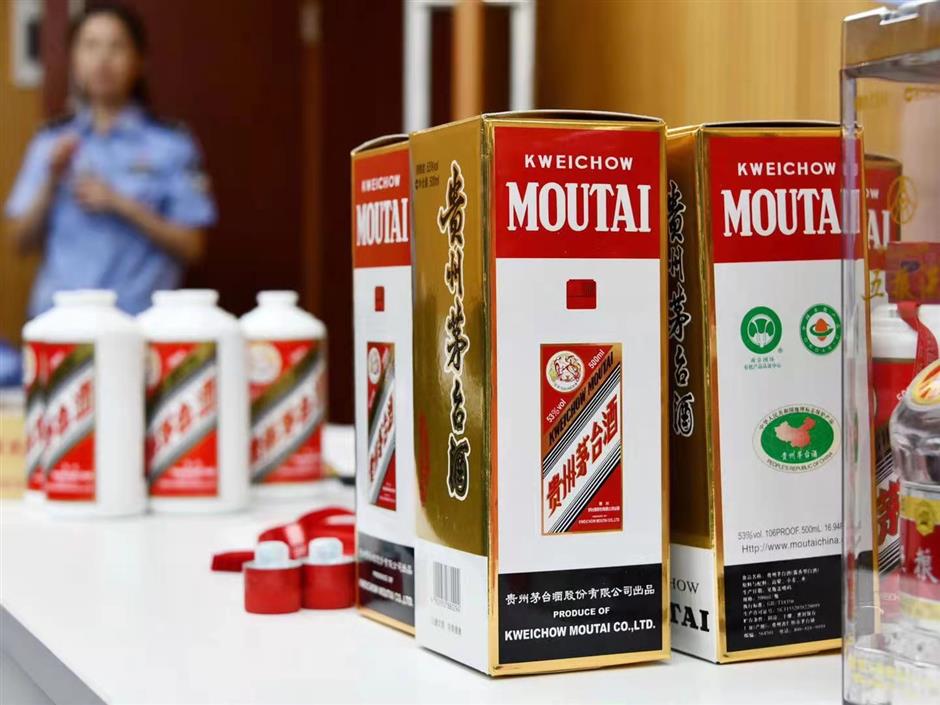 Fake Moutai liquor seized in one of the food crime cases solved by Shanghai police this year.

More than 370 suspects have been arrested in over 60 food safety crimes solved by Shanghai police so far this year, police said today.

In March, police cracked a case in which the suspects sold duck meat rolls as beef rolls, with more than 110 kilograms of the fake beef rolls seized by the police.

In May alone, police solved 16 illegal hunting cases and seized over 160 wild animals from suspects.