City gearing up for next year's skills competition 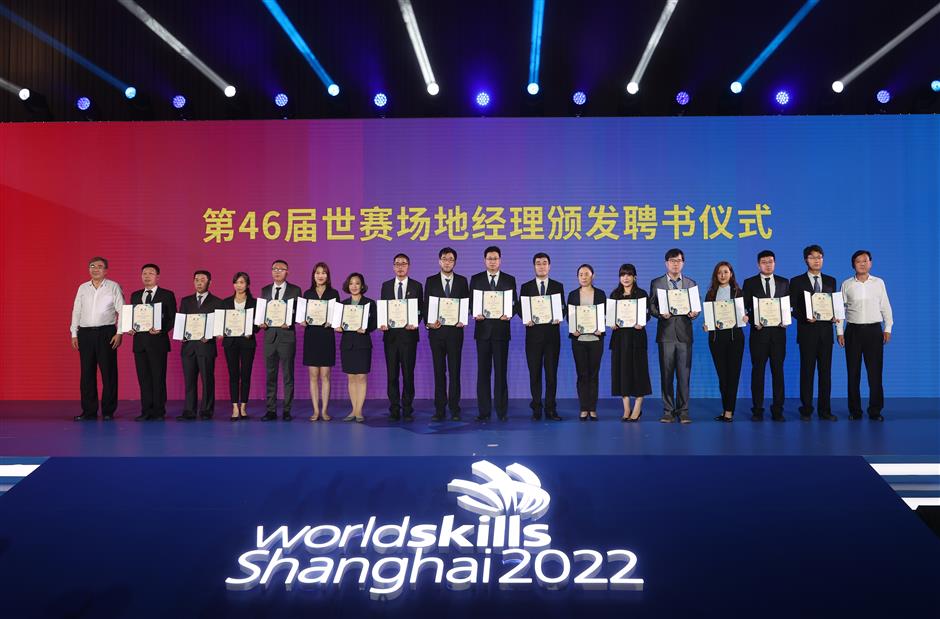 Preparations for the 46th WorldSkills Competition are well underway, officials said today at an activity to celebrate the seventh World Youth Skills Day at the World Expo Center in Shanghai.

Though the competition had been postponed by one year due to the COVID-19 pandemic, preparations are going well, said Zhang Lan, vice director of the Shanghai Human Resources and Social Security Bureau and deputy director of the WorldSkills Shanghai 2022 Executive Bureau.

Yu Jun said she was selected workshop manager for autobody repair because she had been an interpreter for the skill category in previous WorldSkills Competitions and is familiar with its infrastructure list.

"As a workshop manager, I have to prepare all the items on the list for the competitors, ranging from small items such as pens and papers to large machines," she said. "We also need to meet the demands of competitors during the competition, so it's an important task for me."

"I have been engaged in the WorldSkills Competition for nearly 10 years, and I'm looking forward to the 46th competition in Shanghai next year," she added. "I believe we will be successful in making it a creative and influential event."

The competition will feature more than 60 skill categories, including nine new ones, and more workshop managers will be announced later.