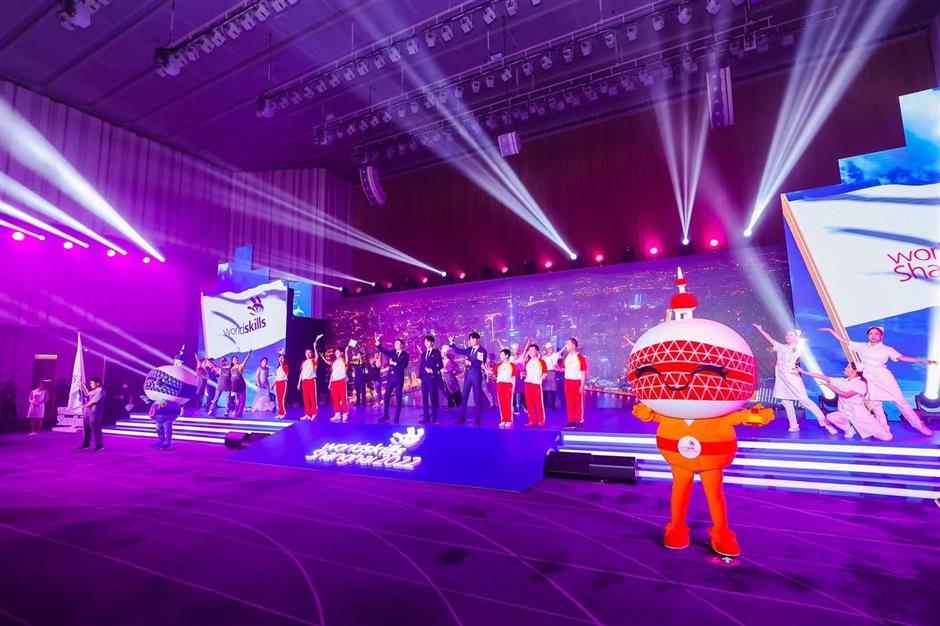 The World Youth Skills Day is celebrated and the 46th WorldSkills Competition is promoted in Shanghai today.

A series of activities were organized around Shanghai today to celebrate the seventh annual World Youth Skills Day and promote the 46th WorldSkills Competition.

Songs and dances were performed at the World Expo Center, highlighting the importance of skills and extending a welcome to talent from all over the world to come to Shanghai to show off their skills in the competition in October of next year.

Chinese idol group "Teens in Times" were announced as new ambassadors to help promote the world competition among young people.

In a recorded video they introduced the event to the audience, talked about the history of China's previous performance in the event and its bid to host it, and called on young people to support it.

Zhao Yongfeng, director of the Shanghai Human Resources and Social Security Bureau and deputy director general of the WorldSkills Shanghai 2022 Executive Bureau, said today's event, organized with the theme "All Skills Shine," was aimed at guiding and inspiring young people to respect labor and skills and create a better future for themselves and the country with their own sustainable development.

Local authorities also announced that Shanghai will organize a series of vocational skill competitions this year based on standards of the WorldSkills Competition.