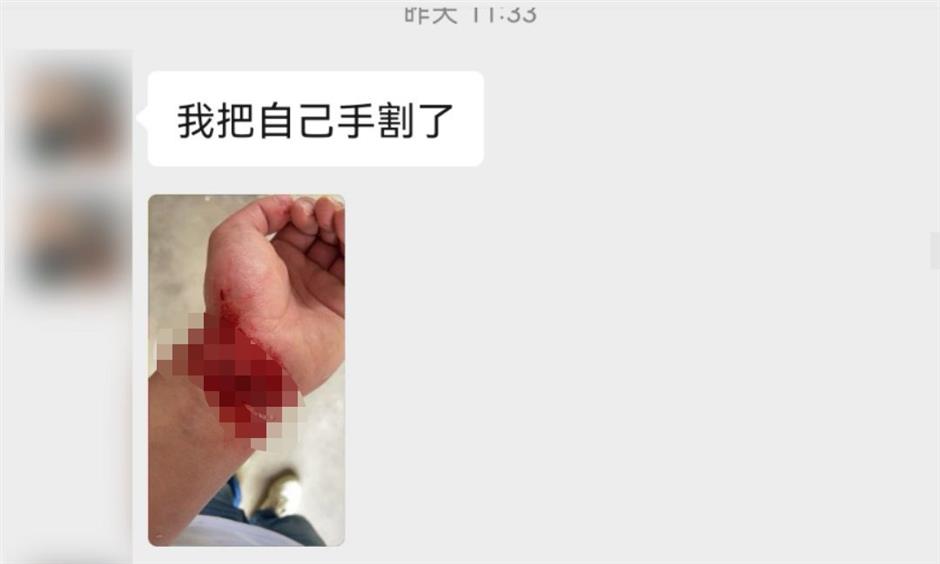 The screenshot of a WeChat chat window showing the suspect claiming to be killing himself.

A man living in the Pudong New Area was apprehended and accused of fraud after his Internet girlfriend reported to police that he was committing suicide, police said today.

The man's girlfriend, a woman surnamed Tong who lives in another city, contacted Donghai Police Station on the afternoon of June 30 to report that her boyfriend was killing himself.

Police went up to the man's home, but no one answered the door, so they contacted Ran's father who came to open the door for them.

Ran, however, was not home, but police found bags of fake blood and blood stains on the floor.

When Ran was tracked down by police in his residential complex, he was taking a walk. When confronted by police as to why he fooled his girlfriend, he said he was scaring her after a quarrel they had.

Smelling something suspicious, the police took Ran to the police station for further investigation and contacted Tong again.

Tong told police she met Ran on the Internet, and thought he was a successful businessman. She added that he asked her for a lot of money to invest.

Ran "committed suicide" after Tong refused to give him money, police said.

During questioning, Ran confessed that he attempted to defraud Tong by claiming to be a businessman. 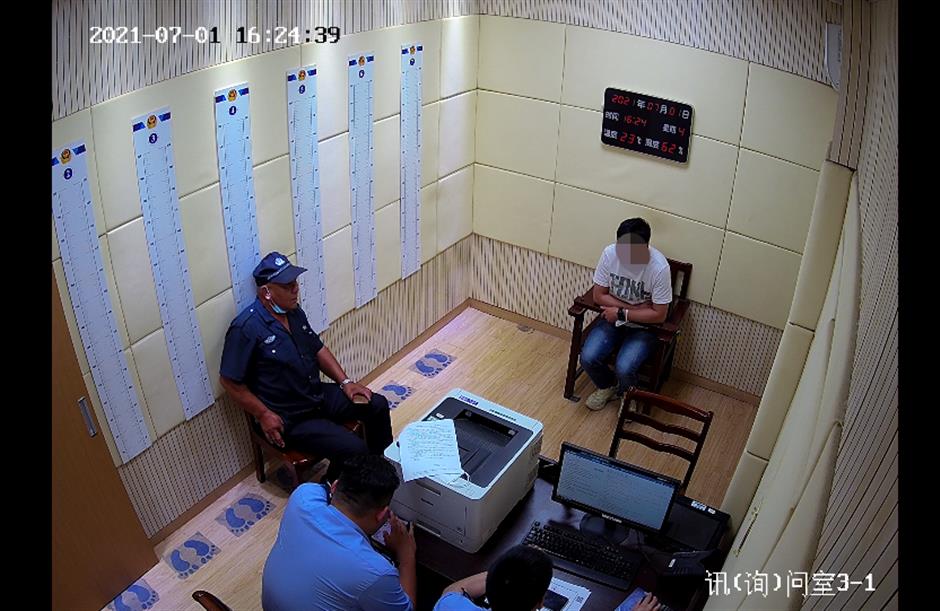 Ran being questioned by the police.