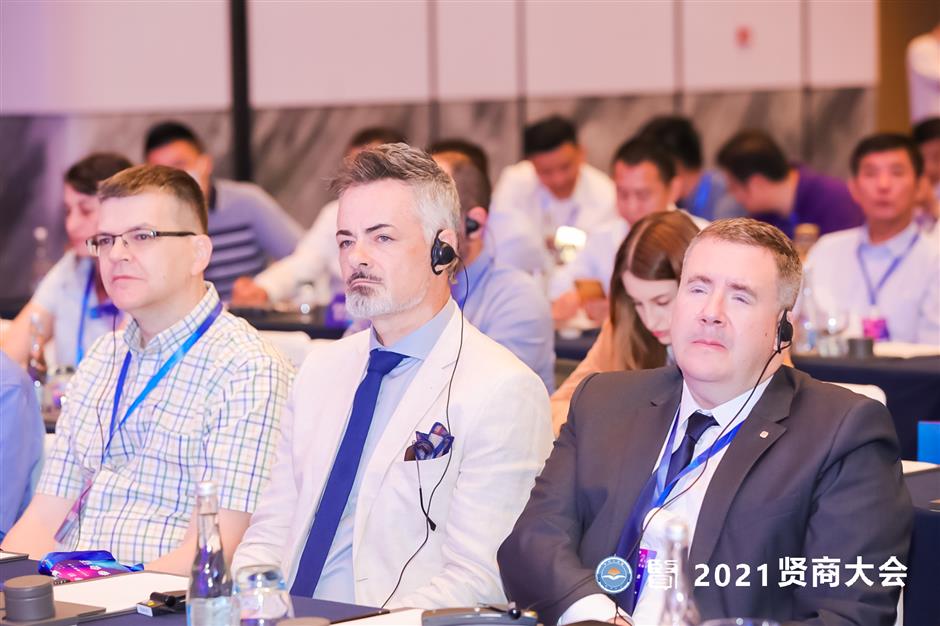 Foreign businessmen at the 2021 Fengxian Merchants Conference on Sunday.

Fengxian New City in Shanghai's southern outskirts has attracted the largest number of new companies this year with the fastest-growing fiscal revenue among local districts.

More than 50,000 new companies registered in Fengxian, which is famous for its cosmetics and smart driving sectors, between January and March this year, a 25 percent increase year on year.

The number tops all the 27 "new cities" in the Yangtze River Delta region, including five in Shanghai.

The district, one of the "new cities" of Shanghai with Jiading, Qingpu, Songjiang and Nanhui, serves as the southern gateway and transport hub of Shanghai.

The region is one of the most important areas for the integrated development of the Yangtze River Delta, Zhuang Mudi, Party secretary of Fengxian, told the 2021 Fengxian Merchants Conference on Sunday. 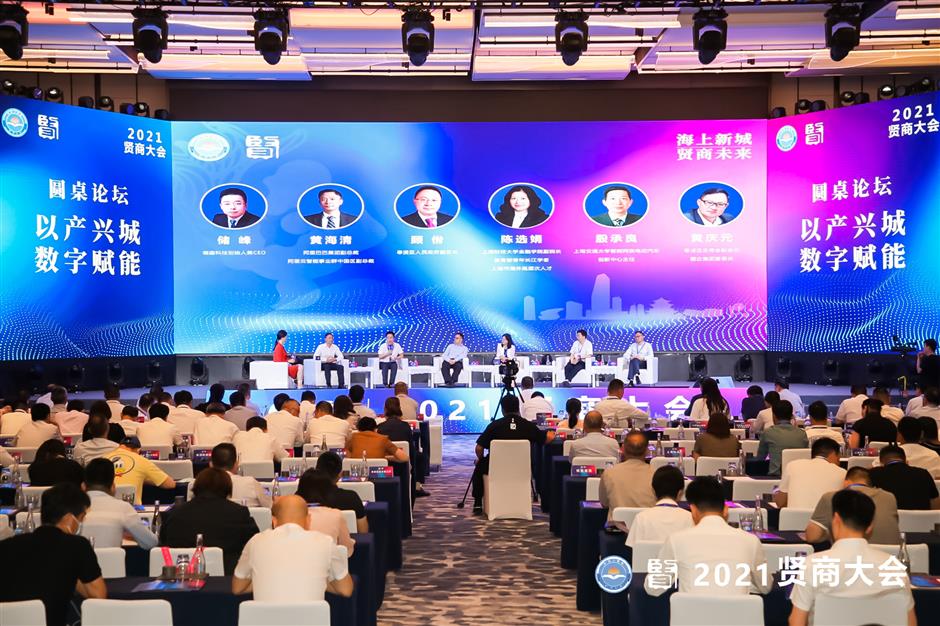 The conference is well attended.

More than 300 businessmen, experts and officials attended the conference titled "A New Marine City, The New Business Future" at Jinhai Lake, one of the city's largest artificial lakes known as the Shanghai Fish.

The district government signed an agreement with the Shanghai Federation of Industry and Commerce and Shanghai Chamber of Commerce to create two pilot zones in the Fengxian New City to mainly attract private companies.

"Fengxian aims to become the gathering and growing place as well as the bridgehead to enter the global market for businessmen and companies," Zhuang told the conference.

The district government has promised to offer "mother-like" services to the new companies. A "breakfast meeting" program, for example, has been initiated to invite company officials to have breakfast with district officials and solve their problems.

As of July 15, a total of 46 such meetings had been held to serve over 130 companies in biomedicine, culture innovation, manufacturing, finance and real estate. 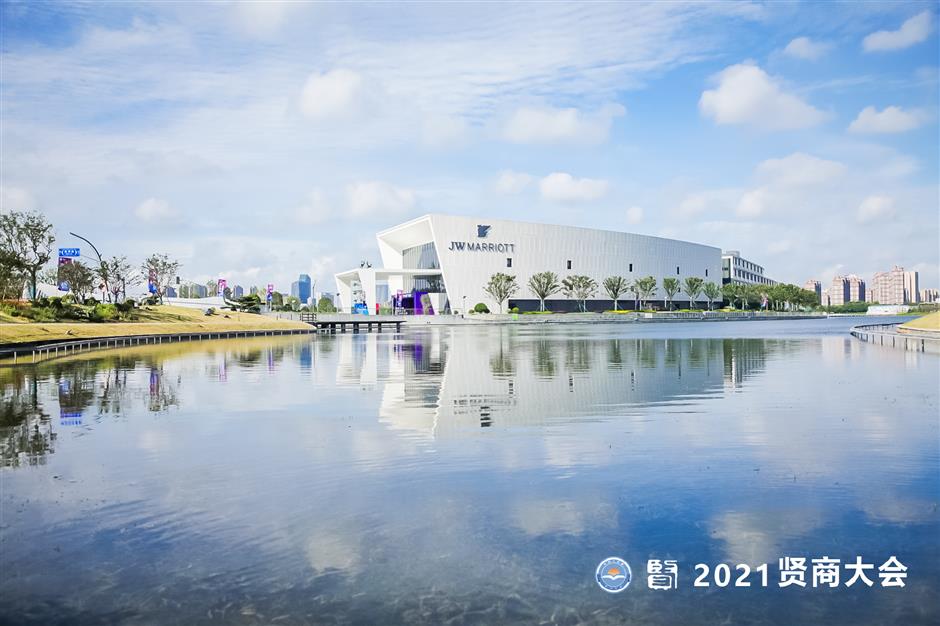 The conference site at the Jinhai Lake, also known as Shanghai Fish, a landmark for the Fengxian New City.

A one-stop online platform has also been established for government bodies to communicate with company officials directly. More than 2,300 officials have been attracted to the platform as of May. Over 280 customized policies have been made for the companies through the platform.

Meanwhile, Fengxian also aims to boost the "new Jiangnan culture" to help enhance the city's soft power. Watertowns, farmlands, historical streets, canals and towns with the Jiangnan (regions in the lower reaches of the Yangtze River) characteristics are being preserved or developed in the outskirts.

The southern district, which has been building its fame across the country over the past six years with its Oriental Beauty Valley, a business hub focused mainly on the cosmetics, health and food industries, aims to double the output of the valley to 100 billion yuan within the next five years.

Combined output from cosmetics enterprises in the valley, where global and domestic make-up giants such as Shiseido, L'Oréal and Pechoin have all established a presence, will exceed 40 billion yuan.