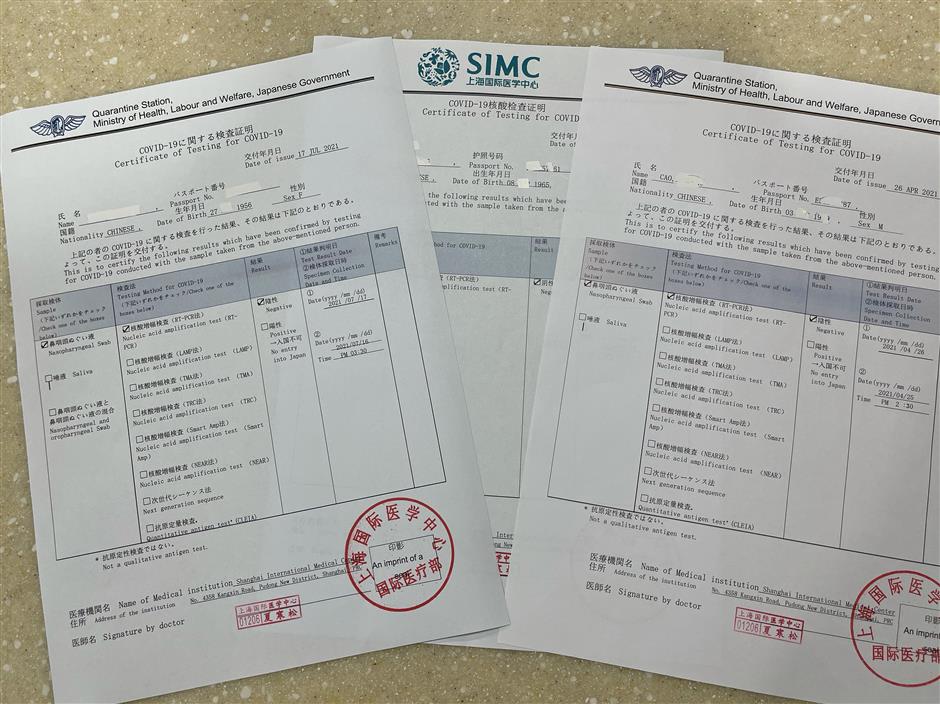 Shanghai International Medical Center said it is now offering nucleic acid test reports in three languages – Chinese, English and Japanese  – for the convenience of travelers, especially before the Tokyo Olympics.

The hospital, which is 17 kilometers from Pudong International Airport, said it has recently received an increasing number of people requiring nucleic acid tests prior to their visits to Japan, including professional athletes.

So far, the hospital has provided the trilingual reports for 125 people from countries like Japan, China, the United States, Brazil and Canada.