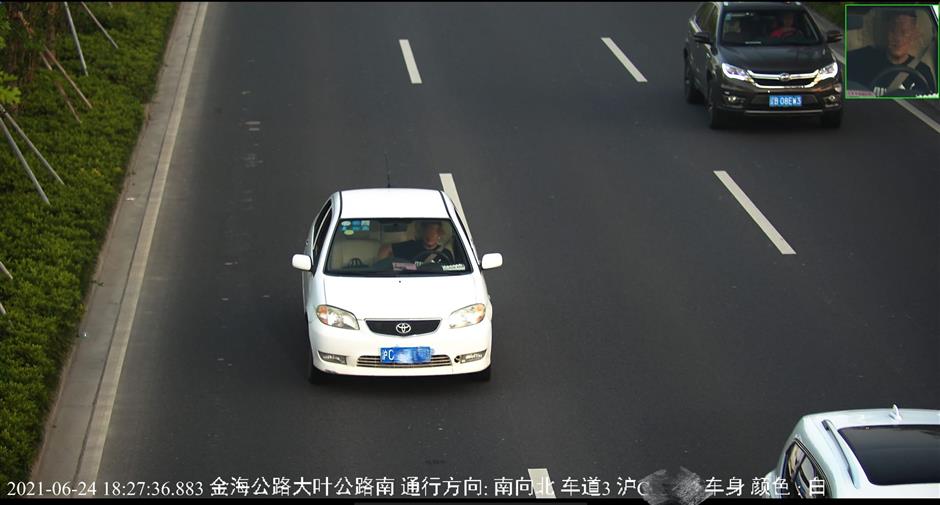 A motorist is caught on a police camera on June 24 driving with no valid license.

A total of 896 people have been discovered by Shanghai traffic police so far this year to be driving with suspended or annulled licenses, thanks to the ever more versatile police cameras in the streets.

Connected to the police database, the smart surveillance cameras are able to spot motorists behind the wheels who no longer possess valid driving licenses and trigger further investigations against them by the police.

Through plate recognition, the cameras are also watching out for cars which were removed from the registry or scrapped.

Scrapped cars are especially dangerous to traffic safety due to their low performance, and in some cases people who drive them use fake plates to dodge police cameras, while ignoring traffic rules, police said.

This year, the cameras have helped police catch 301 people who drove scrapped cars and 29 others who drove deregistered cars. Fifty-six people were found to be driving cars with fake plates.

People who drive with no valid licenses could be fined up to 2,000 yuan (US$308) and detained for up to 15 days, while those who drive scrapped cars will be fined 2,000 yuan, have their driving licenses annulled and their cars seized.