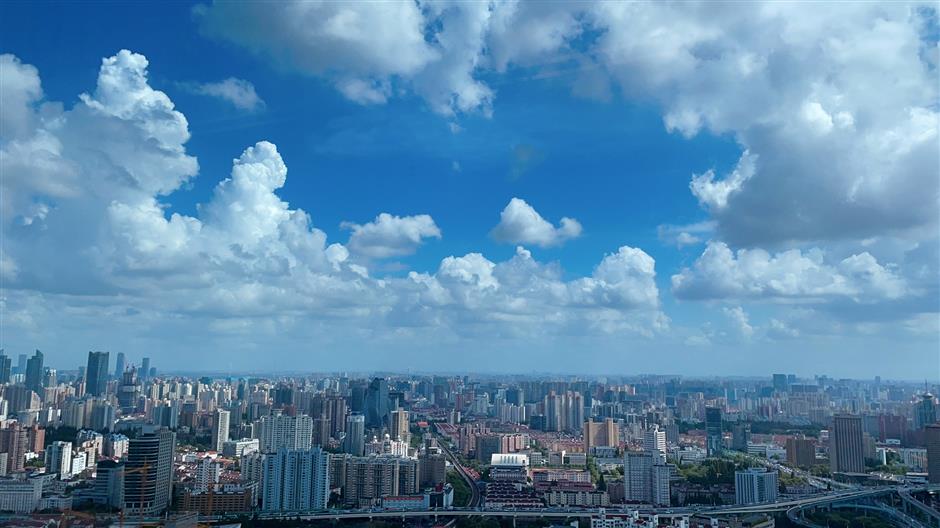 The "crystal sky" seen over the city today. 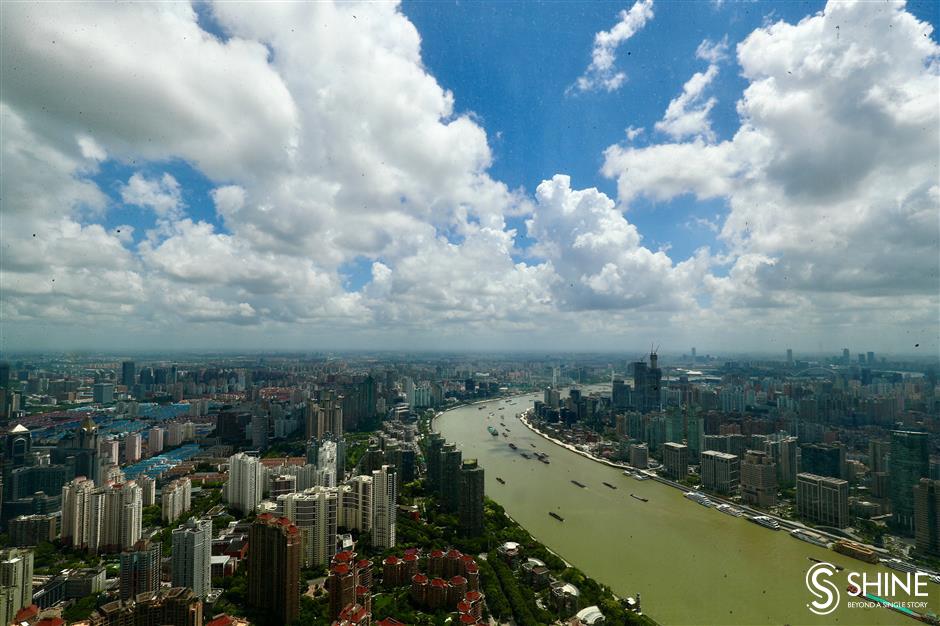 A "crystal sky" delighted people in the city on Tuesday, despite short showers in some areas and high temperatures that hit 34 degrees Celsius.

The good weather will last until tomorrow with the mercury ranging between 27 and 34 degrees.

From Thursday to next week, the blue sky is expected to be lost to thick clouds, gale-force winds and thundershowers as typhoon In-fa closes in on Shanghai's adjacent offshore region. Temperatures are also expected to drop to around 30 degrees, according to the bureau.

The eye of typhoon In-fa has arrived at about 920 kilometers east of Yilan, Taiwan Province, at 8am this morning.

In-fa is currently a violent typhoon with a maximum wind force of 108 kilometers per hour that is still increasing, the city's meteorological bureau said.

It is expected to move to the East China Sea on Thursday, July 22.

There are currently two tropical storms (this year's sixth and seventh) over the Pacific Ocean – Typhoon In-fa and Typhoon Cempaka.

Green trees, blue sky and white clouds are seen in a beautiful summer day on Hongshan Road in the Pudong New Area. 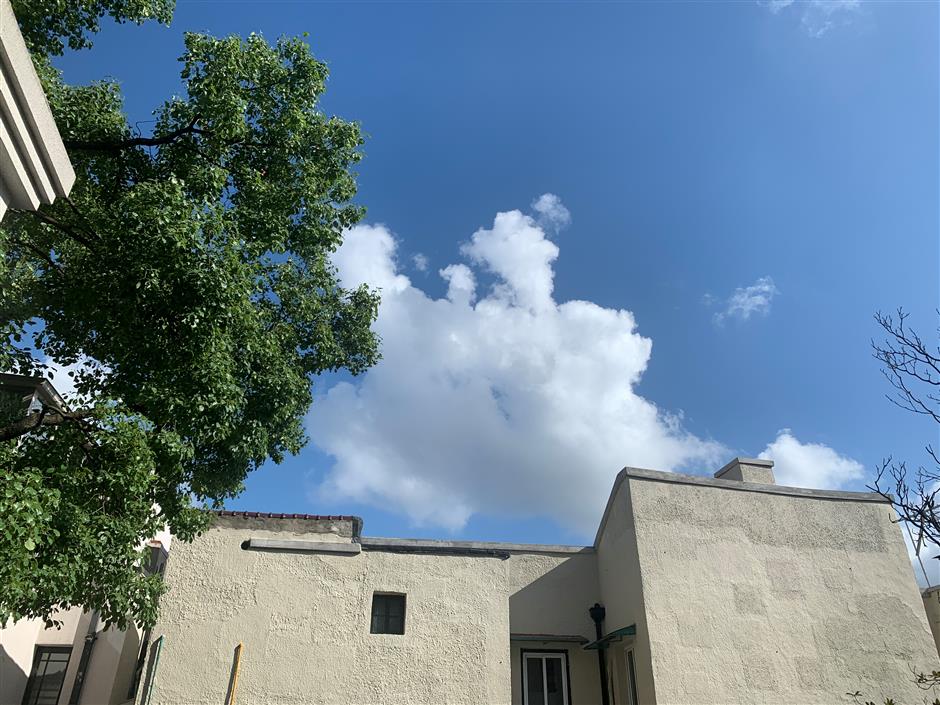 The blue sky with moving clouds is seen in Xuhui District.