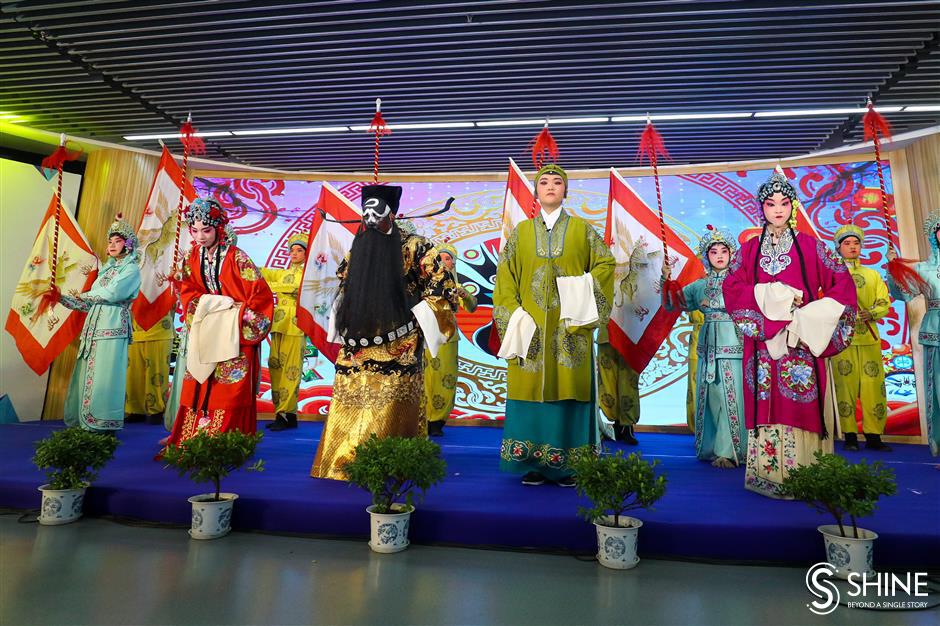 After a break last year due to the COVID-19 pandemic, the Shanghai International Sister Cities Youth Camp returned this year – via the Internet.

Officially starting on Monday and running through July 31, it is the first time for the event to move online since it was initiated in 2009. The camp has received more than 1,000 students and teachers from 38 cities in 35 countries and regions in the past 11 years.

This year, more than 180 campers from 19 cities, including Espoo of Finland, Liverpool of the UK, Antwerp in Belgium, Chicago in the US and the Nagasaki Prefecture in Japan, registered for the event and attended an online opening ceremony on Monday evening.

They watched performances of traditional Chinese orchestra and Peking Opera by Shanghai students and folk dances by Sri Lankan campers and sang the famous song "You Raise Me Up" together to officially kick off the event.

In the following two weeks, the campers can log on the camp's platform to learn Chinese language, history and culture – such as making fans and sachets as well as painting and Chinese knotting – enjoy the landscape of Shanghai and take part in forums in partnership with student volunteers from the host city.

"We've prepared more than 200 online classes for the campers and they can choose what they like," said Li Yongzhi, deputy director of the Shanghai Education Commission, organizer of the camp, adding that all the materials related to the courses have been mailed to the campers around the world. 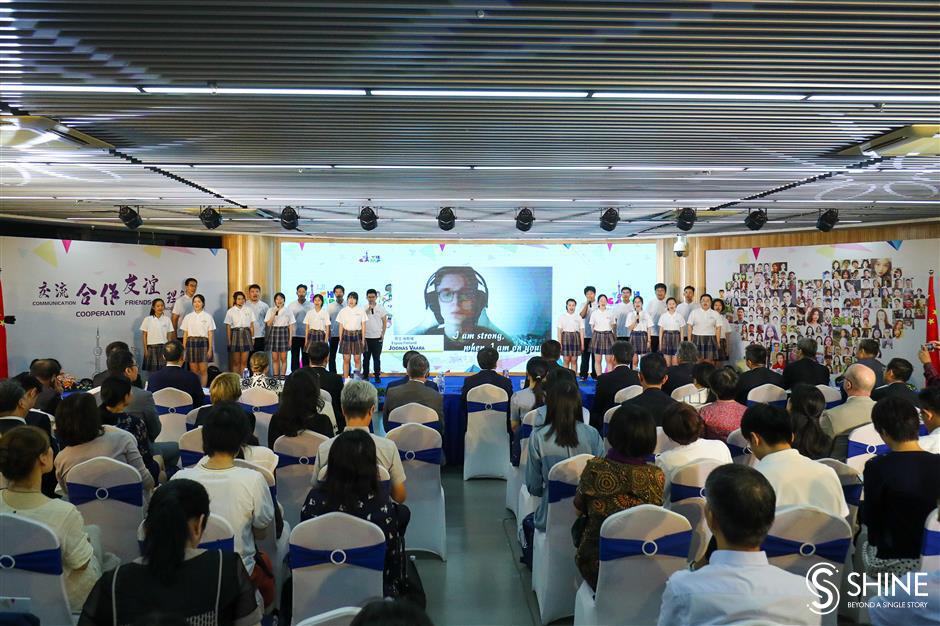 All the campers and volunteers from Shanghai join together to sing "You Raise Me Up."

Harri Rinta-aho, deputy mayor of Espoo, said the event is a good opportunity for young students to learn to connect.

He used to be the principal of a high school in Finland before and has seen his students more motivated to learn Chinese by the camp in previous years after they came back from the summer camp in Shanghai.

He encouraged students to take the opportunity of this year's camp to "be active, connect and be courageous to use and learn new languages."

"This summer camp is an extraordinary experience," he said. "This is a unique opportunity to learn about the accomplishments, culture and language of one of the oldest civilizations in the world.

"This is also a unique opportunity to connect and understand. When we connect and learn to understand each other beyond borders, we come so much further than when we act alone."

This year, 12 teachers and students from Dubai became the first batch of UAE campers.

Mohammed Al Hashmi, Chief Technology Officer of the Expo 2020 Dubai, said the younger generations are the "faces of the future and the strength of society."

"It is youth camps like these that provide a platform for an international exchange of students, to make new friends from cross the globe and to deepen meaningful communication and friendships," he said in a video speech.

"Together, with open minds, collaborative spirits and innovative ideas, we can all work alongside one another to forge a new and better world." 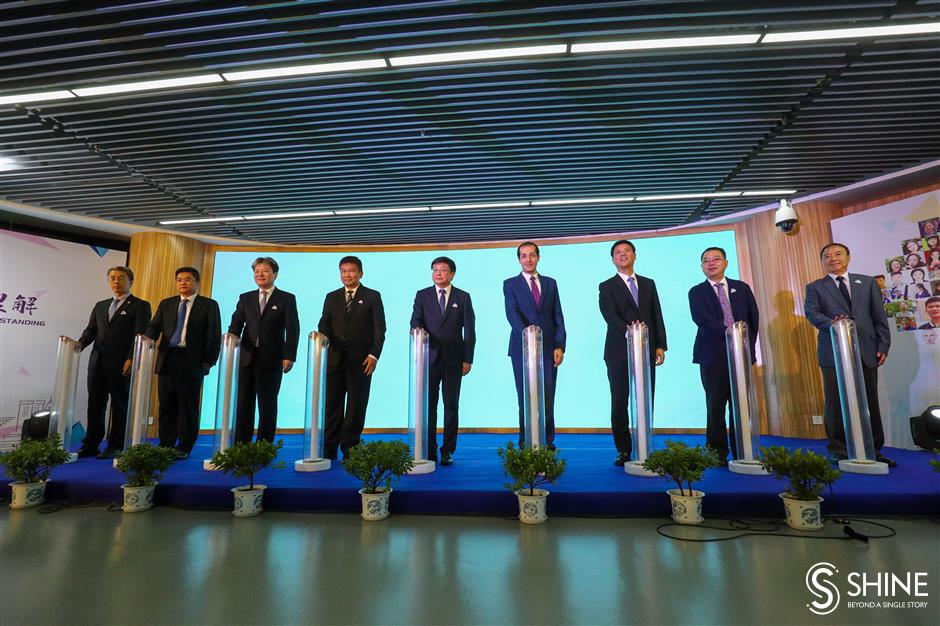 Chen Qun (center), Vice Mayor of Shanghai, announces the opening of the summer camp and presses a pillar with other guests to kick off the event.