Winning students in an English speech contest about the history of the Communist Party of China were awarded at Shanghai International Studies University on Tuesday.

The Shanghai Students Recounting CPC Historical Narratives In English SFLEP Competition was organized by the Shanghai Foreign Language Education Press and attracted more than 3,616 students from local primary, middle and high schools, as well as vocational schools and colleges who were divided into six age groups.

Mei Deming, a professor at the Shanghai International Studies University and chair of the jury, said to know about China, people must know about the CPC.

Jiang Feng, Party secretary of the university, said the competition provided students an opportunity to enhance their language and communication skills by practice.

Luo Xiangquan, a Spanish major at the Shanghai International Studies University, won first prize in the university student category with his speech on the topic of "Speak up for China."

Luo Xiangquan, a Spanish major at the Shanghai International Studies University, won first prize in the university student category with his speech on the topic of "Speak up for China."

He started from Edgar Snow (1905-1972), American journalist and author who had reported on the Communist movement in China and published "Red Star over China," a book telling of the days he spent with the Red Army, to his schoolmates, one who had participated in rescue in an earthquake in Mexico and another published an article on a Portuguese newspaper to implore local people to be rational in the way they treat any area touched by the novel coronavirus.

He said he had been in a summer camp in the Netherlands and got to know that his new Western friends had little idea about China.

"Almost 50 years after Snow died, his mission of trying to get the West to understand China remains unfinished," he said.

But the stories of his schoolmates made him realize that "telling Chinese stories well is not only a matter for the media, but also the responsibility of every individual."

"It is, to a certain extent, more effective and direct to communicate among individuals, thus we should share our culture with the world in a more proactive attitude," he said. "By doing this kind of thing, we will have done our bit in contributing to a world in which countries know more about one another and so that individuals know each other better too." 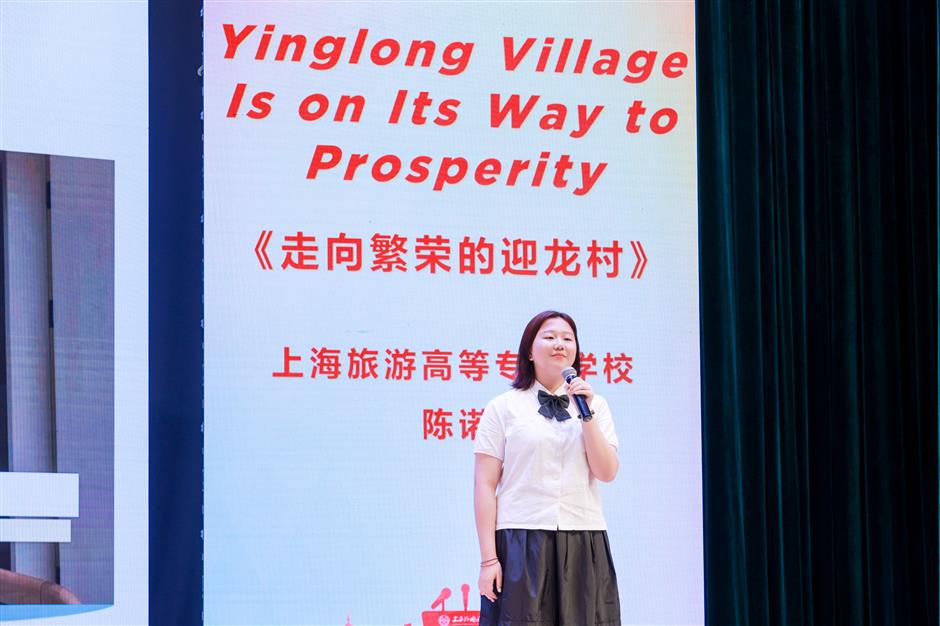 Chen Nuo, a tourism management major at the Shanghai Institute of Tourism, is a first-prize winner in the higher vocational school group.

Chen Nuo, a tourism management major at the Shanghai Institute of Tourism, was a first-prize winner in the higher vocational school group.

Her speech "Yinglong Village is on Its Way to Prosperity" tells a story about how Li Tianshu, Party chief of this village in Fengxian District, had led local people to renovate the poor and desolate village and develop it into a popular tourist destination, featuring beautiful natural landscape and happy rural life.

"I've learned about the development of the village during my study of tourism management and found it a typical story about China's rural revitalization," she said. "When I wrote the story of Yinglong Village, not only did I broaden my knowledge and improve my English competence, but also deeply realized the importance of rural construction." 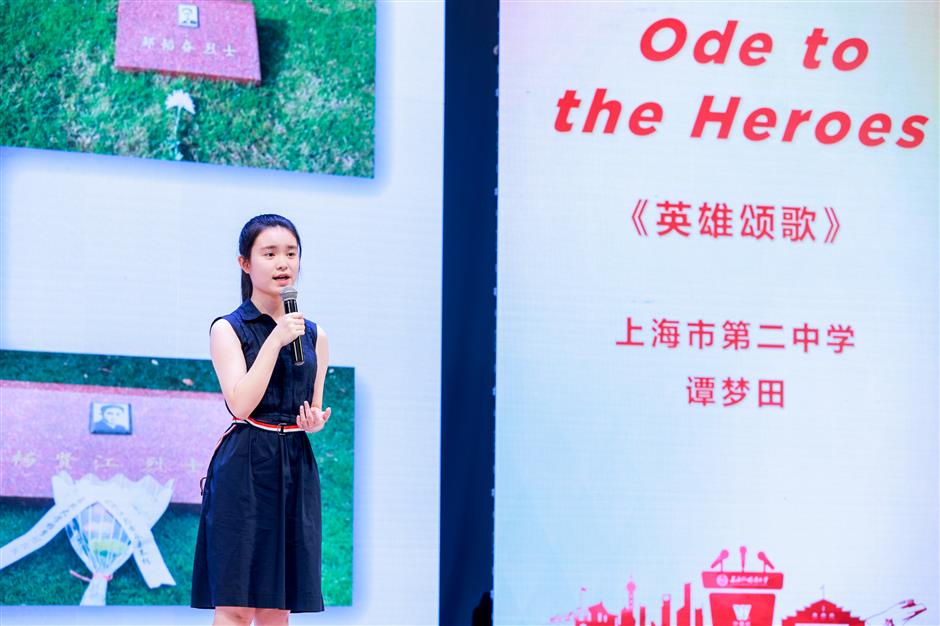 Tan Mengtian from Shanghai No. 2 High School delivers her speech "Ode to The Heroes."

"Ode to The Heroes," the speech of Tan Mengtian from Shanghai No. 2 High School, won the First Prize in the high school group.

Speaking of CPC historical stories, Tan, who lives near Shanghai Longhua Martyrs' Cemetery, decided to set her theme as heroic stories to eulogize the sacrificed heroes. In the speech, Tan presented many familiar stories, including Peng Pai, one of the leaders of Chinese Communist Party at its earlier stage well known for leading Chinese peasants' movements.

"I knew the cemetery before but didn't know too much about the heroes," said Tan. "When preparing for the competition, I visited the cemetery and learned about the heroic deeds of the martyrs on the inscriptions. As I wrote these stories, I was struck by how these heroes had sacrificed their lives to achieve our current prosperity." 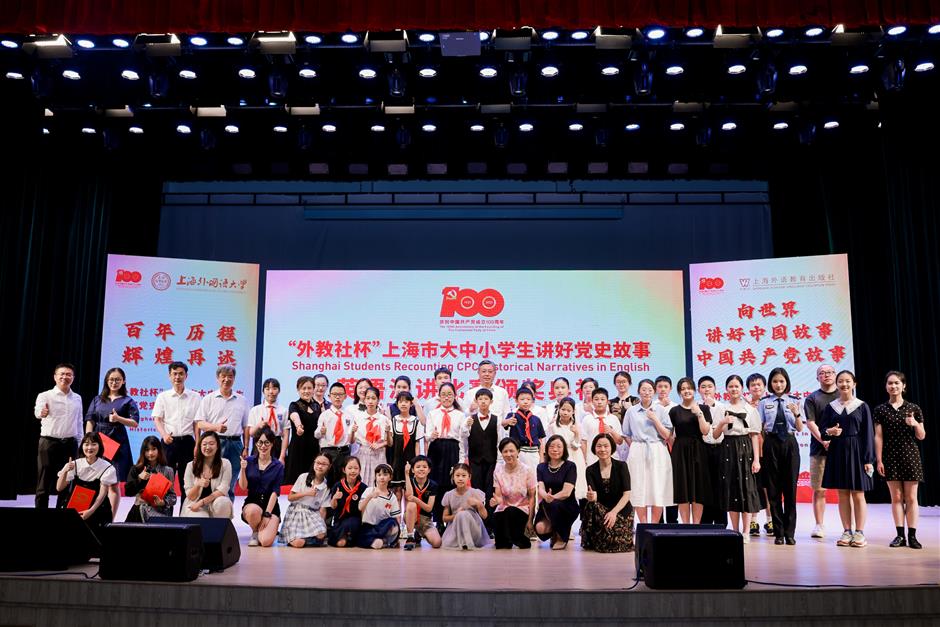 Winners and the jury take a group photo after the awarding ceremony.