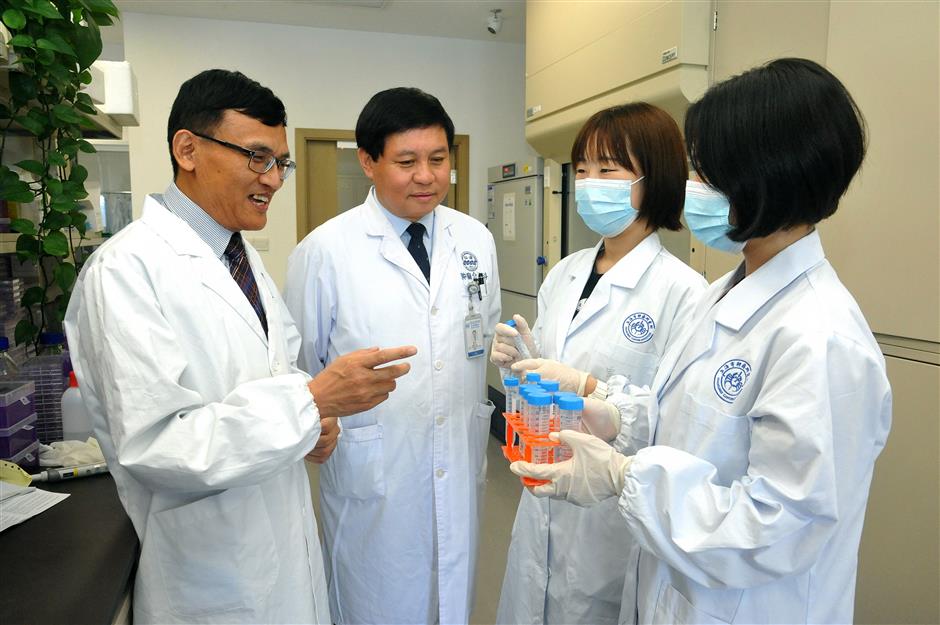 Researchers from Shanghai Cancer Research Institute at Renji Hospital in discussion in the lab.

Local medical experts have discovered a new combination of targeted medicines for patients in middle and terminal stages of liver cancer, according to an article published by world-leading journal Nature.

The achievement is expected to greatly benefit the large number of liver cancer patients by enhancing treatment effects and prolonging their life.

Through the combination of one lung cancer drug and one liver cancer drug, patients involved in clinical trials have reported good results.

The article, published online by Nature on Wednesday night, will feature as the cover story in the printed version released on July 29.

Liver cancer is one of the world's leading cancers. China is home to 45.3 percent of new liver cancer cases globally each year, and its annual deaths represent 47.1 percent of the global total.

About 80 percent of patients are diagnosed with liver cancer in the middle or terminal stages, missing the best opportunity for surgery, so the five-year survival rate is only 18 percent. Precise and effective use of targeted medicine is the key to survival and is a strong focus of clinical research.

Lenvatinib is an important targeted medicine for liver cancer, however nearly 80 percent of patients don't respond to it.

Through gene-editing technology, Qin's team found that an inhibitor of the epidermal growth factor receptor (EGFR) is synthetically lethal with lenvatinib in liver cancer. They then located gefitinib, a lung cancer drug that is effective in inhibiting EGFR.

The first batch of 12 terminal liver cancer patients with high EGFR expression received the new combination of lenvatinib and gefitinib.

There was no extra adverse reaction from using the two targeted drugs. The tumors in four patients shrank and four others with quick cancerous development became stable.

"The new combination is expected to benefit more patients and make better use of current medicines for better treatment effects," he added. "Due to the large number of patients and the meaning of the research, Nature decided to use our article as a cover story." 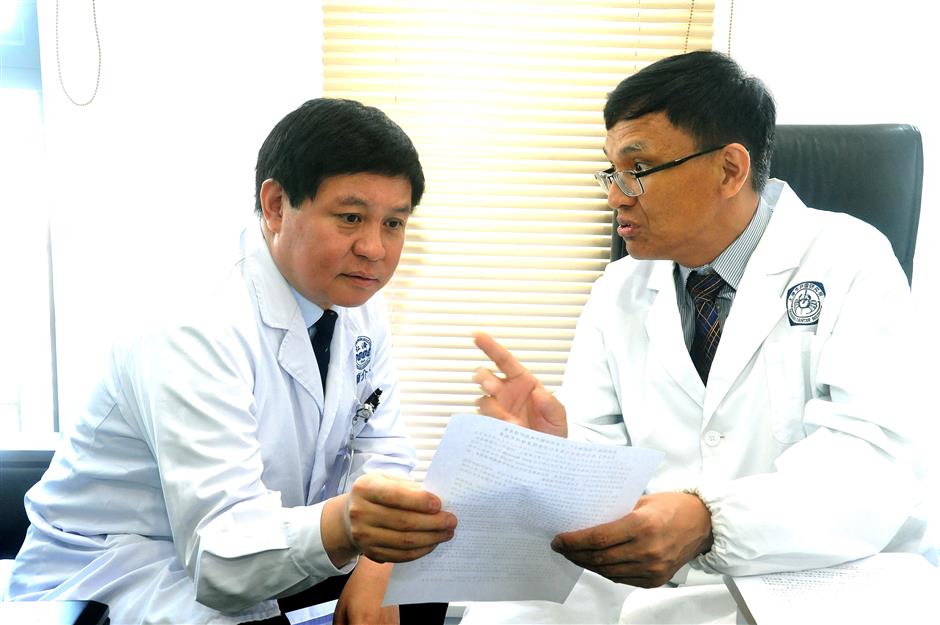 Qin Wenxin (right), leading scientist of the study, and Dr Zha Bo from Renji Hospital's interventional department, discuss with each other.