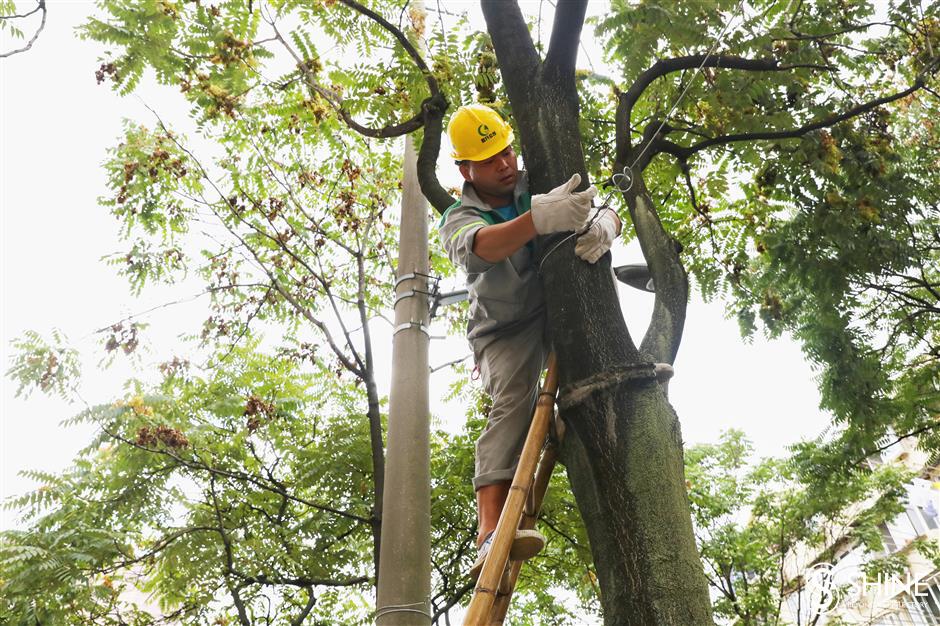 A worker fixes a tree on Huangling Road in Putuo District this afternoon ahead of the typhoon. 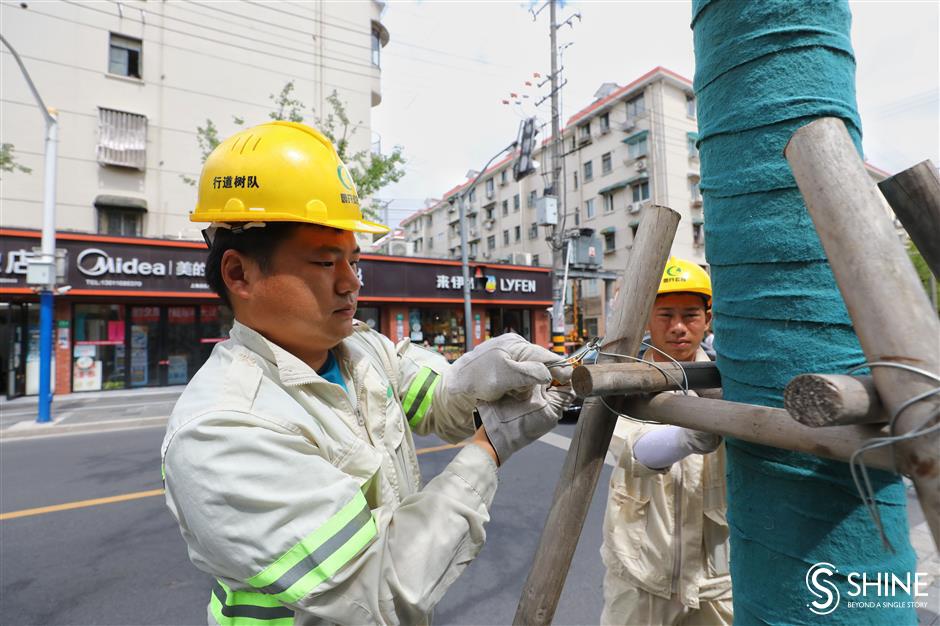 A 24-hour working mechanism is in place with monitoring enhanced in case of emergencies, the Shanghai Greenery and Public Sanitation Bureau said today.

The city's 296 greenery emergency teams, 338 road cleaning emergency teams and 118 teams to handle unexpected situations resulting from signboards and outdoor advertisement facilities are in full gear to prevent flooding and stamp out hazards that may ensue from the typhoon.

Streetside trees have been tended to ahead of the typhoon.

In the first half of this year, about 200,000 trees in the city were trimmed, and greenery authorities have ordered strengthened efforts to ensure smooth drainage in forest lands and prevent trees from falling down.

Cleaning work on about 860 streets vulnerable to flooding will be enhanced, with fallen leaves and garbage cleared to eliminate flooding concerns.

Drainage outlets will be closely watched, with trash and fallen leaves removed.

Inspections on signboards and outdoor advertisements have been stepped up, especially in areas with big crowds and old facilities.

In the first six months of 2021, inspectors had checked about 253,000 outdoor advertisement facilities and signboards, and issued around 354,000 notification letters regarding safety concerns for these facilities. 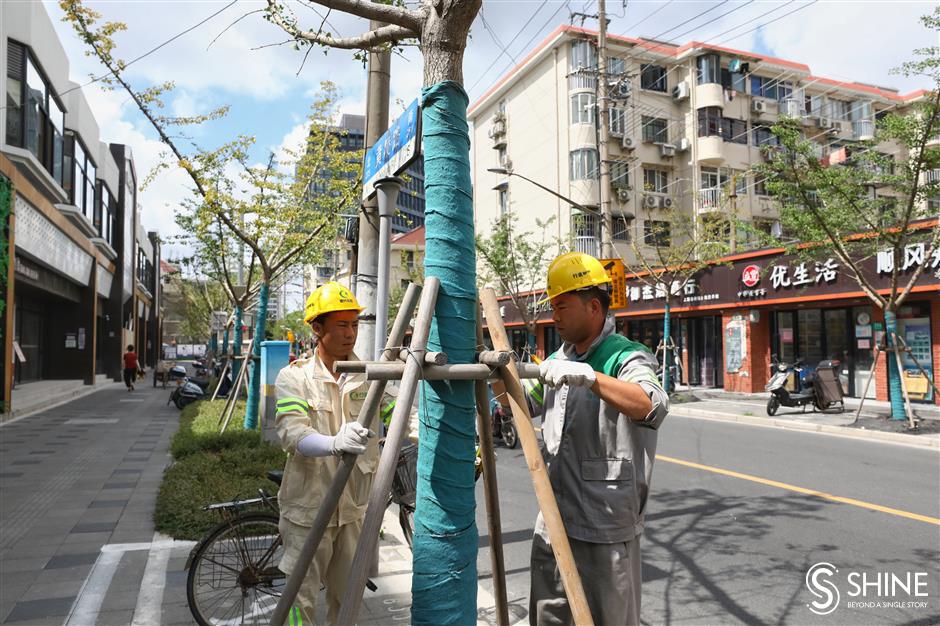 Two workers tend to a tree.