Shanghai is forecast to face strong winds and rainstorms.

The wind force in the city increased today due to In-Fa's external circulation, which triggered a blue gale alert – the lowest level in the four-color system – at 1pm this afternoon.

Pouring rain and strong winds are expected from Saturday night to Monday, as In-Fa is forecast to make landfall in Zhejiang and Fujian provinces during that period of time, according to the city's meteorological bureau. As much as 350 millimeters of rain could fall.

The Shanghai Administration of Sports said today that local departments should cease from organizing outdoor group activities and competitions, and the city's stadiums and sports museums should be closed on July 24 and 25. 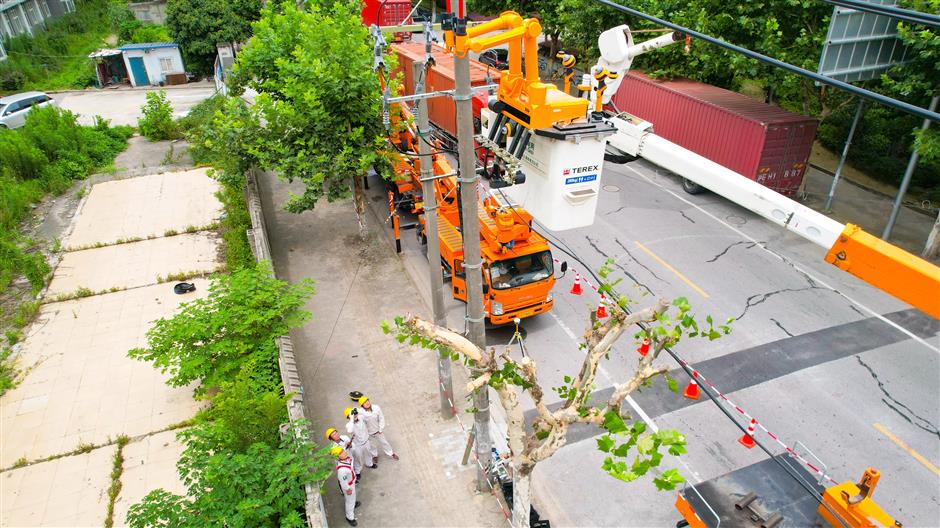 Electric power facilities in city have been prepared for In-Fa

The State Grid Shanghai Company said today it has carried out various tasks to prepare for the bad weather.

The company has carried out risk identification and management, including checking substations, transmission lines and power-supply facilities, and strengthening flood control of underground substations, low-lying substations and cable tunnels.

The company dispatched more than 743 recovery vehicles, 45 power-generating vehicles and nearly 5,000 pieces of flood-preventing materials to prepare for the typhoon.

There are 173 emergency power repair stations throughout the city, and more than 3,500 electricity workers are on 24-hour standby every day during typhoon season.

Meanwhile, the company reminded residents to pay close attention to electrical safety when the typhoon arrives, make necessary inspections of home circuits and electrical devices in advance, and try to stay away from dangerous power points and power supply facilities during outdoor activities to avoid the risk of electric shock.

Residents who have electrical problems are advised to call State Grid's emergency line – 95598.