A group of disaster-recovery experts from Shanghai have rescued thousands of people trapped in floods in Zhengzhou, capital of Henan Province.

The All-Terrain Emergency Rescue Team, based in Zhoupu Town in the Pudong New Area, sent experts, with one underwater robot, five vehicles and seven rescue boats, to Zhengzhou around 2:45pm on Wednesday.

Xu Jun, head of the team, said it took just 30 minutes to rally 16 members – 14 experts in water rescue and two medical workers – after it received a call for help from Zhengzhou's flood control and drought relief headquarters and Zhengzhou's Condor Rescue Team.

Two members rushed to the flood front at 4am on Wednesday as they were in Henan's adjoining province of Shandong. Xu led the rest to drive nearly 12 hours to Zhengzhou. On arrival, they immediately joined others in the rescue operations. 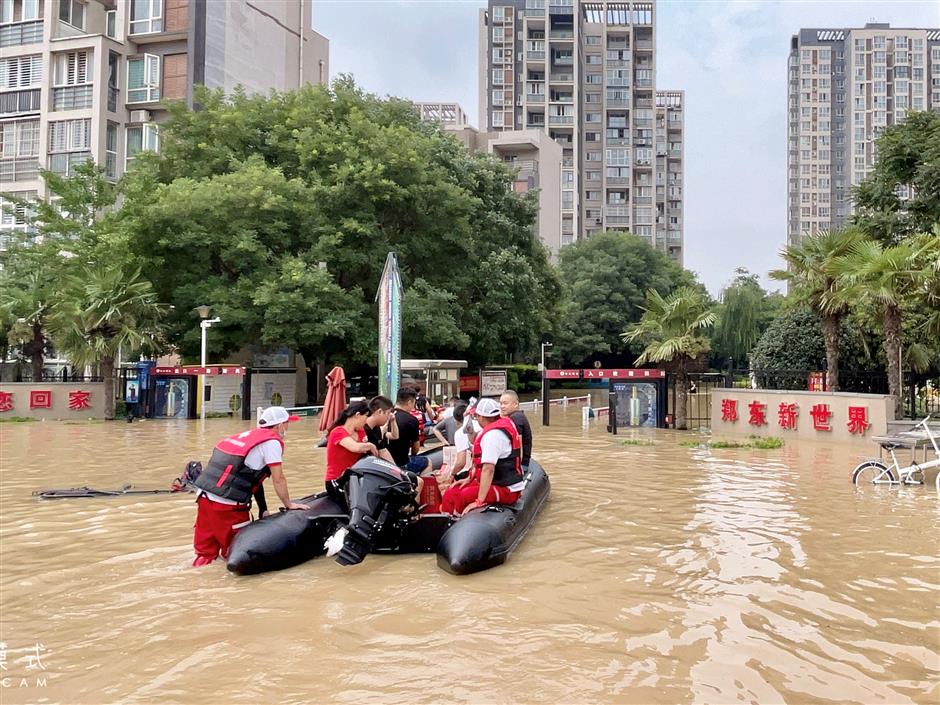 At 8pm on Wednesday, the team sent another nine members to help.

"We didn't have time to take a rest and we are so exhausted. And it is understandable that we have been out of touch because there is a lack of electricity," Xu said.

Despite their exhaustion and the intense tasks involved, their enthusiasm has not dimmed.

"Today, we rescued five pregnant women, including two who are 10-month pregnant. Also, we rescued a baby who was born just a month ago," Xu said, showing a photo named by the team as "life."

"Look, here is a photo of our team member Liao Hao who was shielding the baby from rain," Xu said.

The private rescue team was set up in 2018, and was subsumed into Pudong's emergency management bureau in 2020.

Most of its members are retired SWAT officers and special forces soldiers. Last year, they took part in flood relief in Nanchang, capital of Jiangxi Province. 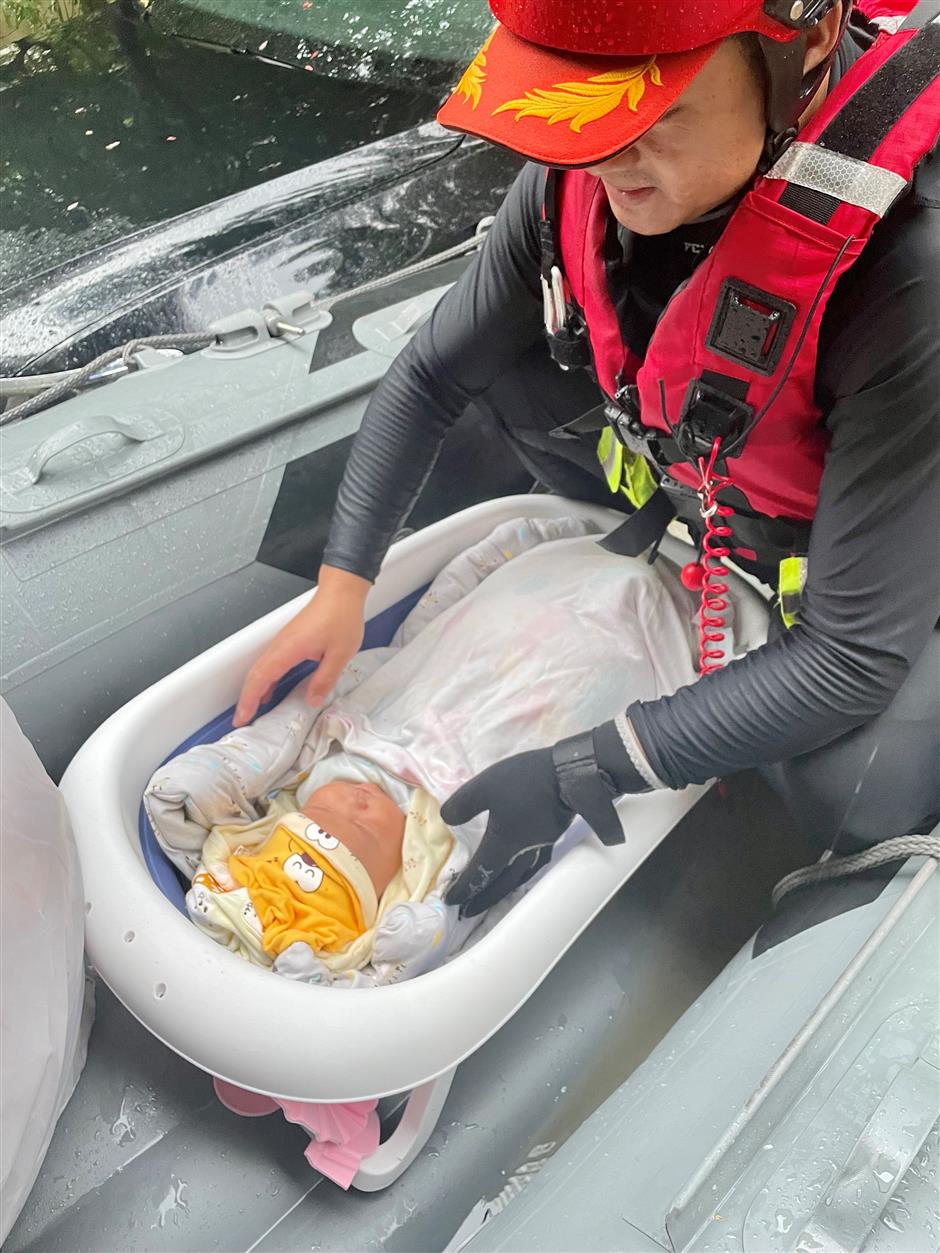 A rescuer shields a newborn baby from rain. 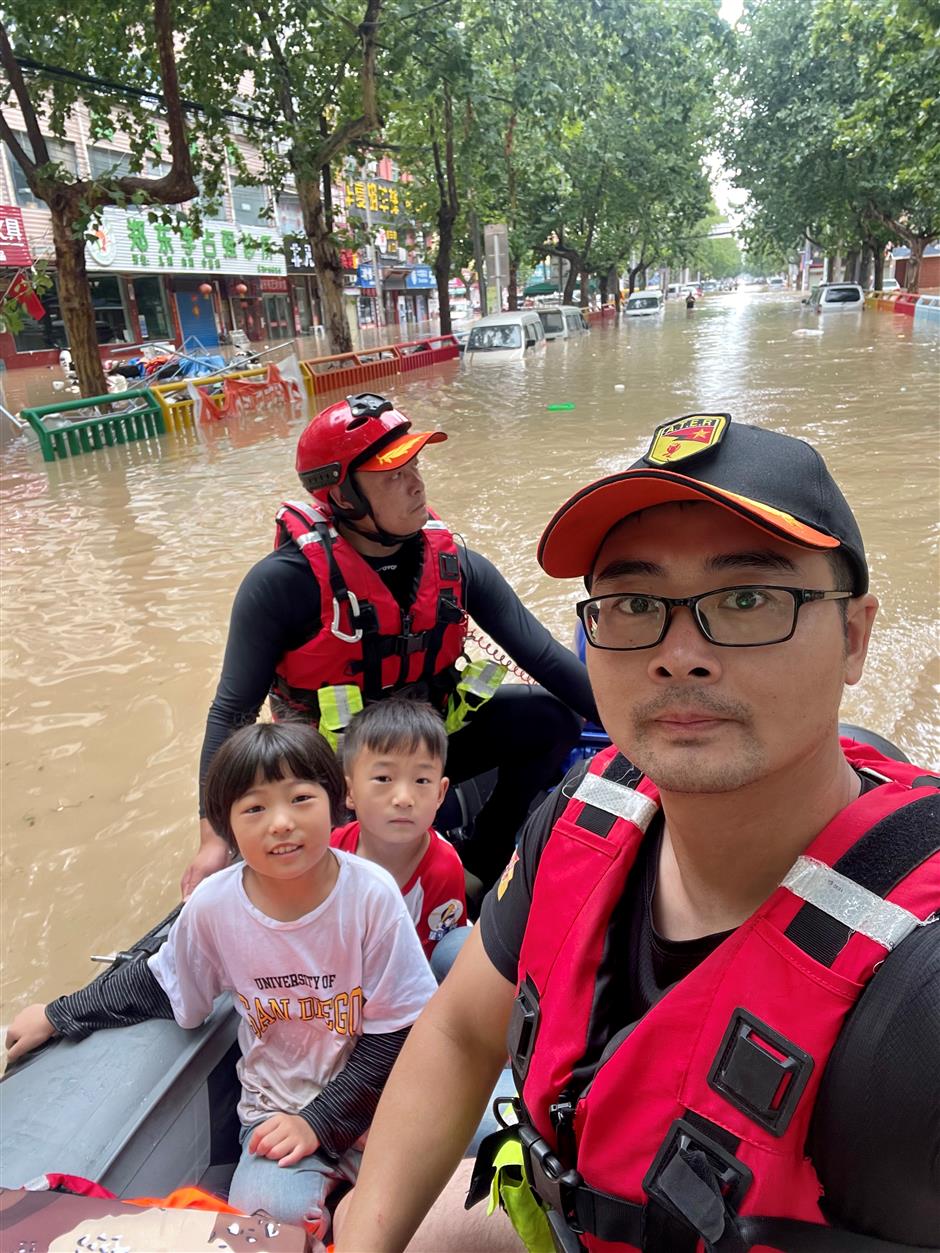 Children rescued by the team in a flooded street. 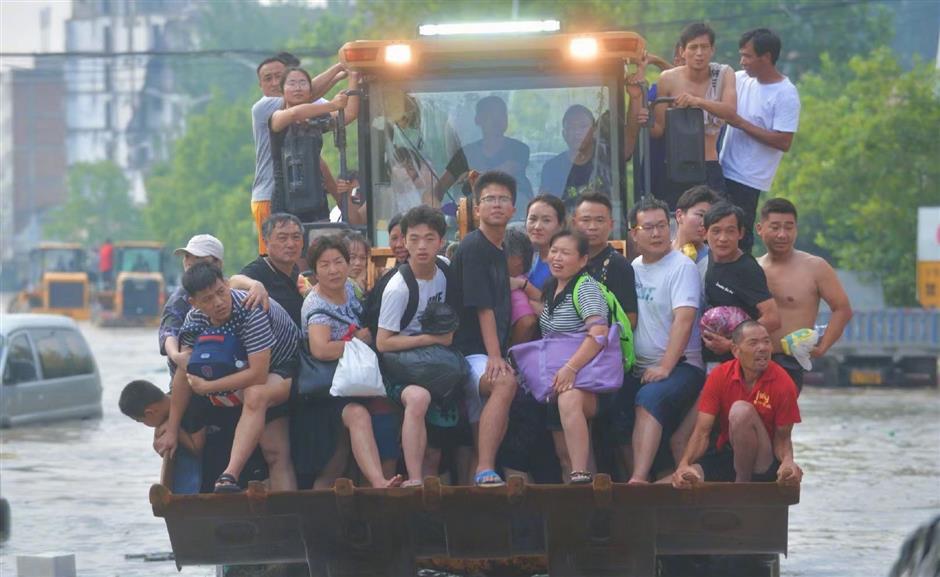 People trapped in flood ride on a bulldozer to safety. 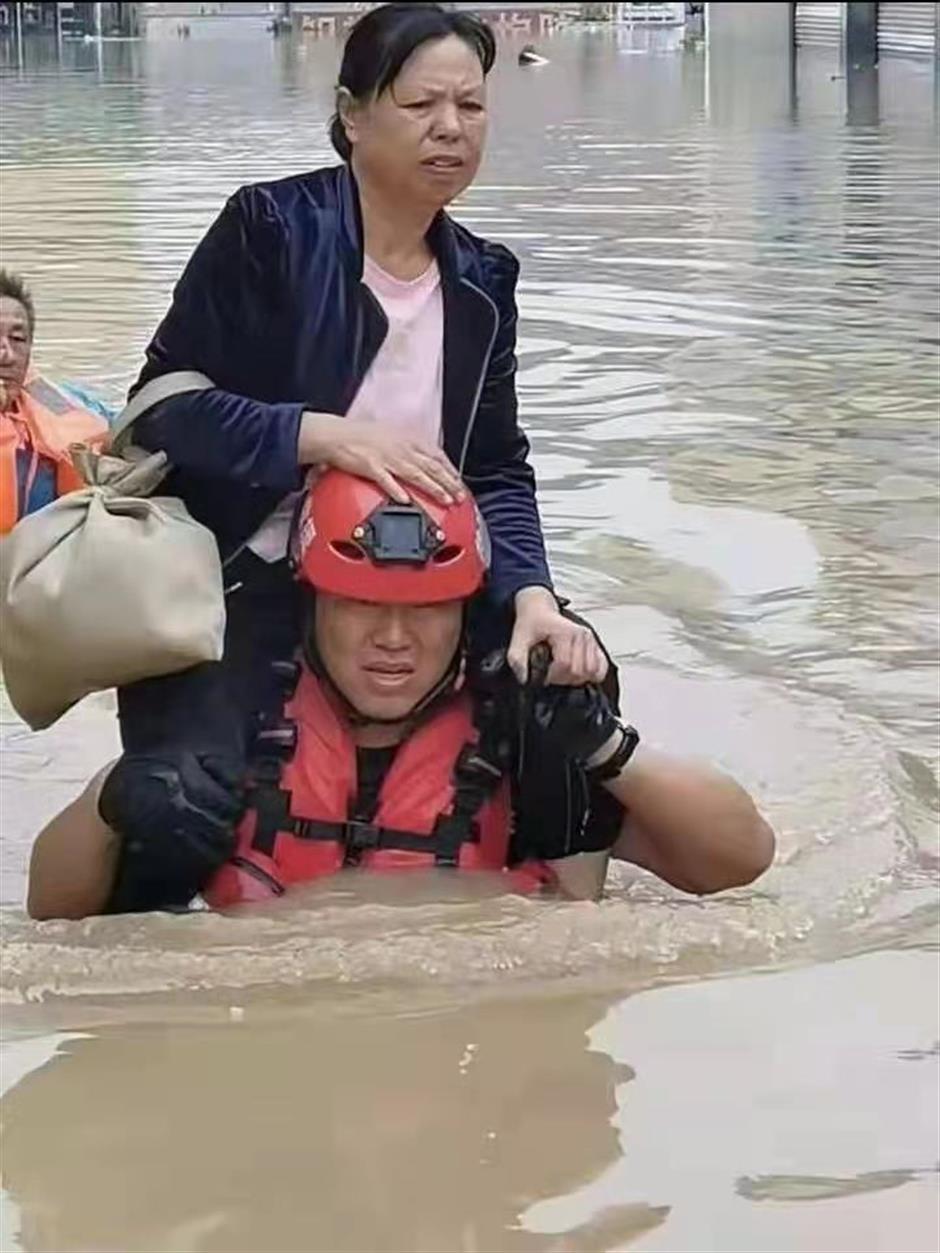 A woman ride on shoulders of a rescuer to safety.