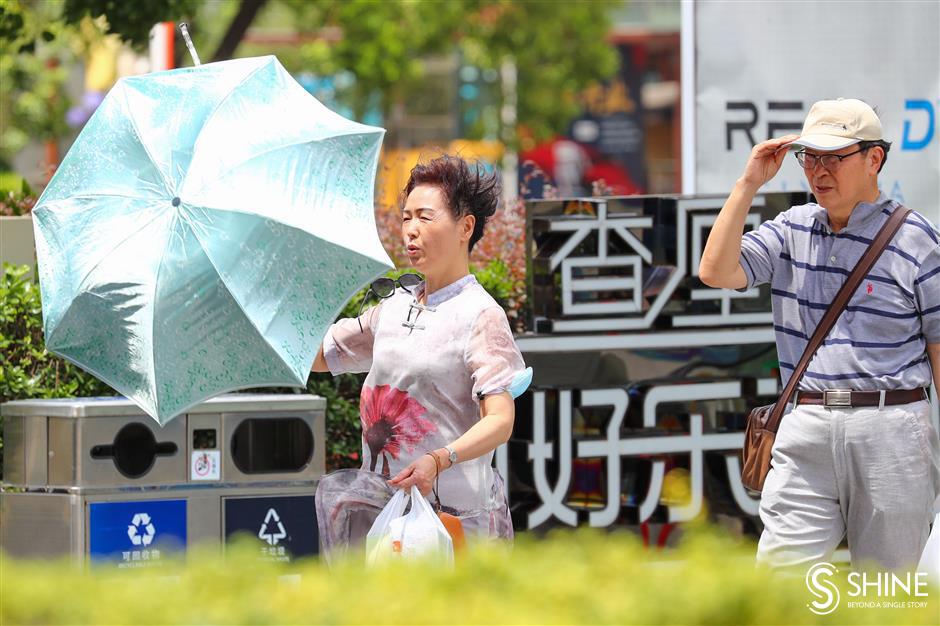 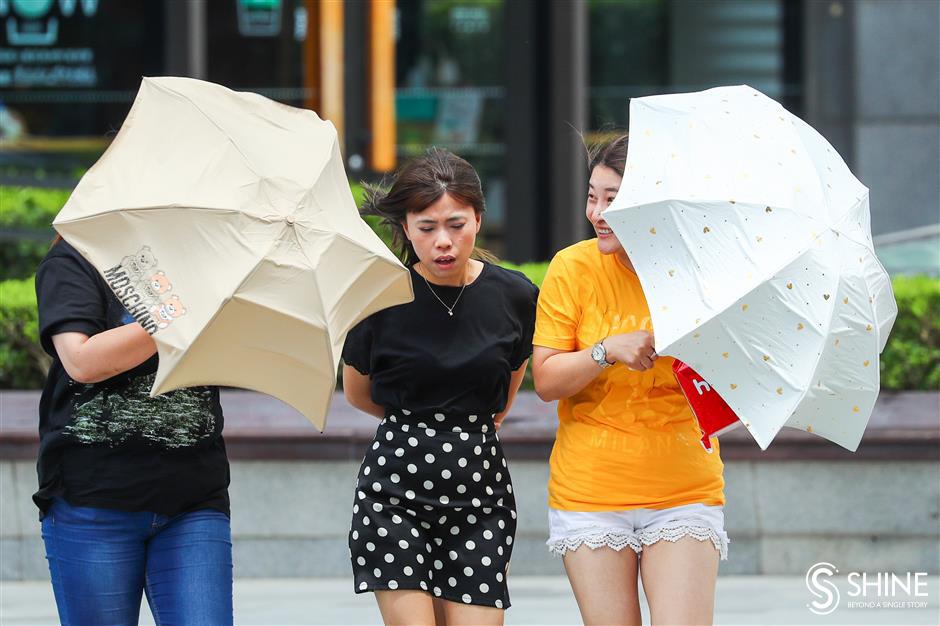 People hang on to their umbrellas today as the wind picks up.

Heavy rain and strong winds are forecast from Saturday to Monday in Shanghai courtesy of Typhoon In-Fa.

The city's meteorological bureau issued a blue typhoon alert – the lowest level in its four-tier system – at 7am this morning, warning the city is expected to be affected by the severe typhoon within 24 hours.

The typhoon will most likely make landfall on the coast of central and northern Zhejiang Province on Sunday, according to the bureau.

Winds picked up in the city today, with thundershowers in some areas. The mercury ranged from 28 to 31 degrees Celsius.

The temperature over the next three days is expected to fluctuate between 27 and 30 degrees.

The bureau initiated a nine-person team and a meteorological observing vehicle today to monitor the typhoon's movement in real time.

Since 2012, the vehicle has been involved in nearly 20 typhoon observations, and is able to withstand wind forces up to 72 kilometers per hour, the bureau said.

This vehicle is equipped with a wind profiler, GPS sonde, automatic weather station and laser raindrop spectrometer that can monitor wind force, temperature and humidity profiles, as well as precipitation at the observation point of landing typhoons.

Shanghai's flood prevention office has initiated a level-four emergency response, the lowest level. The office also issued a blue alert warning of high tides on the Huangpu River during the typhoon-passing period.

The meteorological and agricultural departments of Songjiang, Fengxian and other districts have reminded local farmers to reinforce facilities in advance to prevent wind and rain damage. Water transportation for the three islands in Chongming District has been suspended, according to the local meteorological department.