Fruits for tasting on display at Pujiang Countryside Park in Minhang District on Friday. 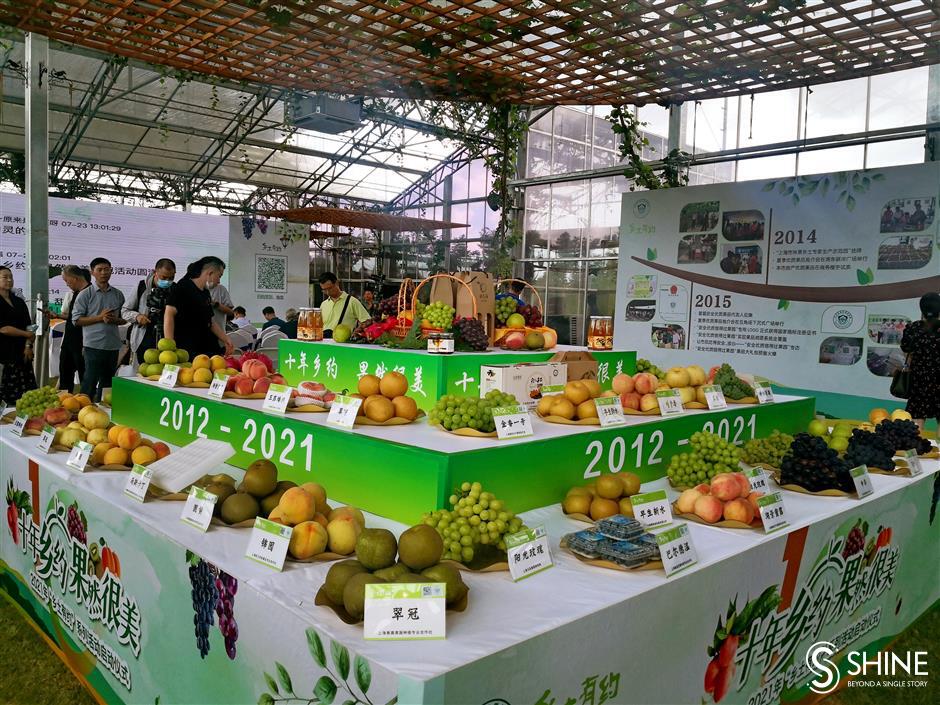 A selection of fruits for tasting at Pujiang Countryside Park in Minhang District on Friday.

It's the best season to taste the succulent and sweet fruits grown in the city's suburbs, Shanghai's greenery authorities said on Friday.

Sunny days dominated the city in the first half of the year and the abundant sunshine ensured that the appearance, colors and sweetness of fruits such as pears, peaches and grapes are better than previous years, Shanghai Greenery and Public Sanitation Bureau said.

Their ripening time is about one week earlier this year compared with usual, according to the bureau.

By the end of last year, Shanghai's fruit forests amounted to 195,700 mu (13,112 hectares) of land, among which peaches were the largest plantings.

Seventy-nine orchards in the city's countryside have been accredited for excellence in safety and quality, based on criteria such as environment, planting processes, and fruit test results.

They yielded a wide variety of fruit, such as peaches, pears, grapes, blueberries, tangerines and kiwi fruit, according to the bureau.

More than 100 varieties of locally grown fruit brands have been registered in the city.

Different styles of grapes from the city's suburbs.

Fresh summer fruits from the city's suburbs are now on sale at 14 parks.

Fruits for sale include grapes, pears and peaches. They are delivered directly to the parks within a day of being picked to ensure maximum freshness.

Sales run from 6am to 10am daily through the end of August, but may be cancelled depending on weather conditions.