China Eastern has secured airport vehicles on the tarmac to ensure safety ahead of Typhoon In-Fa.

More than 300 flights have been canceled at Shanghai's two airports as of Saturday morning and more cancellations will follow as Typhoon In-Fa is set to make landfall in neighboring Zhejiang Province on Sunday.

Pudong International Airport had canceled 310 flights as of 10am, while Hongqiao airport canceled 44 according to the Shanghai Airport Authority. Flight cancellations and delays are expected to affect both airports over the weekend.

Travelers are reminded to check their flight information regularly with the airports or airlines.

The air traffic controller has issued an alert for flight delays at both airports and expects their takeoff and landing capacity to be reduced by 40 percent to 6pm on Saturday.

Shanghai-based China Eastern Airlines has secured all its vehicles at the city's airports, while aircraft at berth overnight have been secured to the tarmac with cables. More airport service and crew members have been dispatched to serve stranded passengers at both airports.

The airline's weather forecasters will evaluate the movement of the typhoon every four hours to offer suggestions to the flight operations. Updated flight information will be available on the carrier's website, microblog and app. 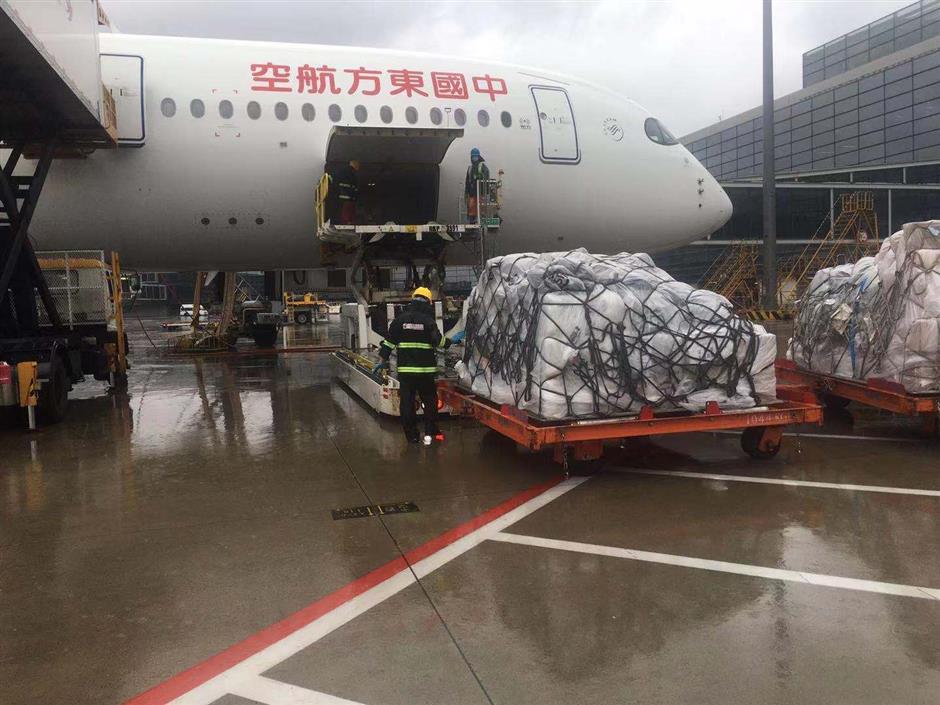 Aircraft at the Pudong airport is fully loaded with heavy cargo as typhoon approaches. 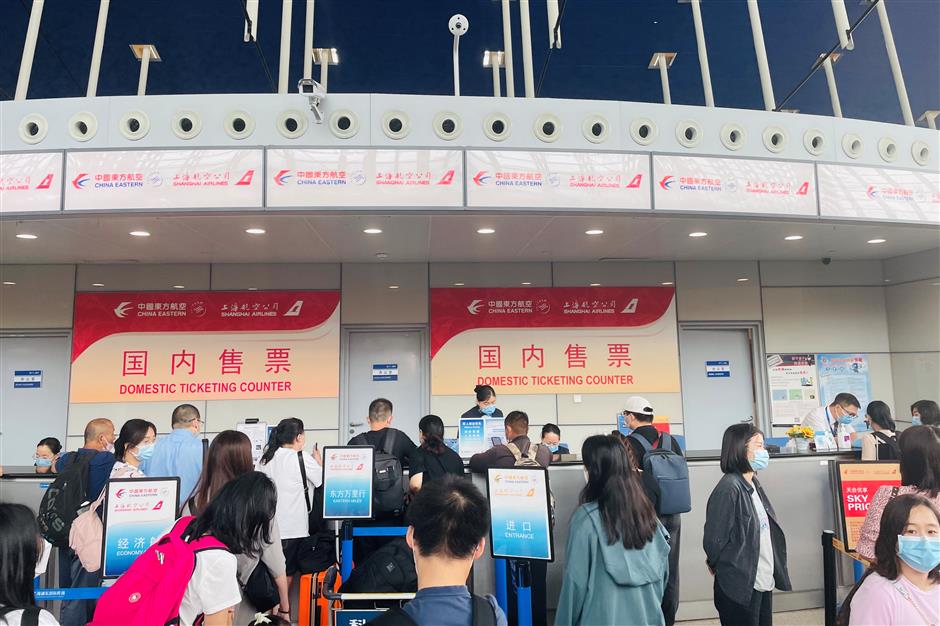 Travelers line up at airlines' counters to refund or change flights on Saturday.

Passengers check their flight information and the movement of typhoon at the Pudong airport. 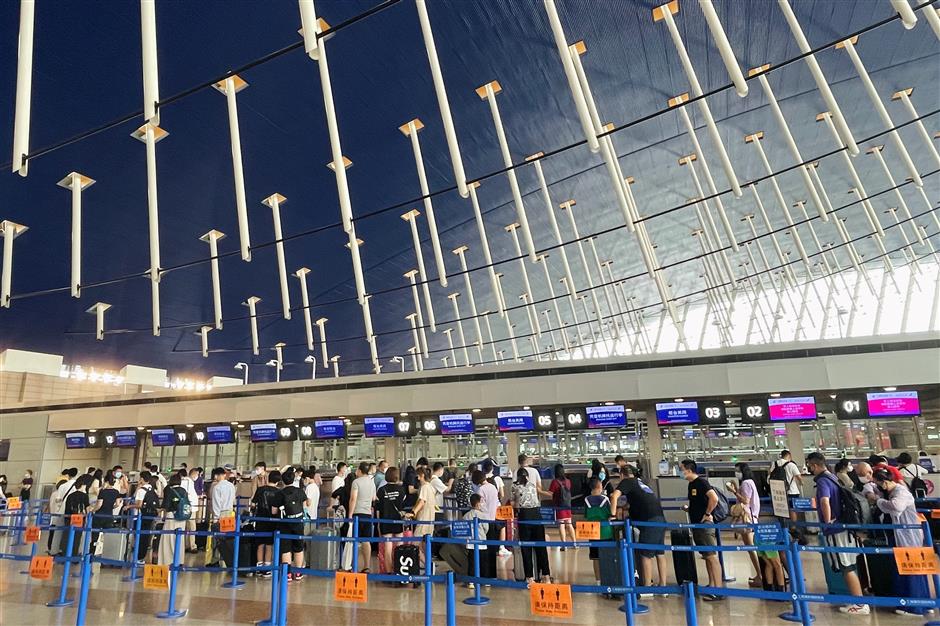 A lot of travelers at the Pudong airport during the ongoing summer travel rush.