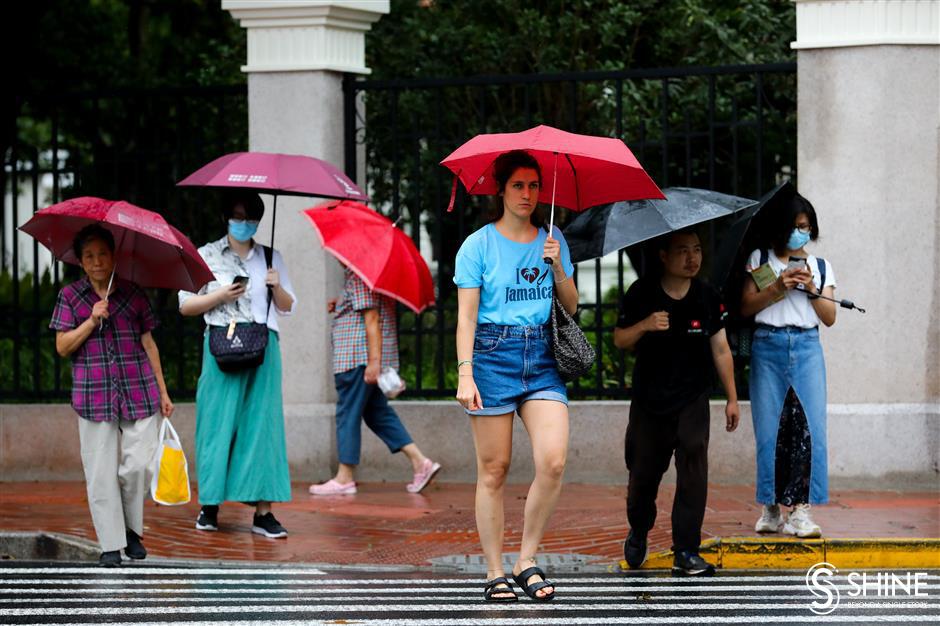 Shanghai was hit by winds and rainstorms on Saturday due to Typhoon In-Fa.

The bureau issued a yellow rainstorm alert, the second lowest level of the four-color system, at 8:40am this morning, and upgraded the blue typhoon alert to a yellow one at 1pm, warning the short-term heavy rainfall is expected to reach 50 millimeters with gale-force winds over 24 hours.

At 2pm this afternoon, the meteorological department of the city's coastal Pudong New area updated the typhoon alert to an orange one, the second highest in four-color system.

The wind force is expected to increase from tonight. The force of gusts may reach up to 102 to 134 kilometers per hour, strong enough to pull up a tree, according to the bureau.

Pouring rain is expected from Sunday to Monday with temperatures ranging between 26 and 28 degrees Celsius. Today's maximum temperature was 28 degrees, said the bureau.

The city's flood prevention office updated the emergency response level to level three, the second lowest in its four-level system. The blue alert of warning of the high tide of the Huangpu River was also upgraded to yellow one, second lowest in the  four-tier system.

Residents are advised to reduce outdoor activities and stay alert.

The typhoon observation team sent by the bureau has arrived at the monitoring point in Zhoushan, Zhejiang Province, where In-Fa is expected to make landfall, and completed preparatory work, said the bureau. 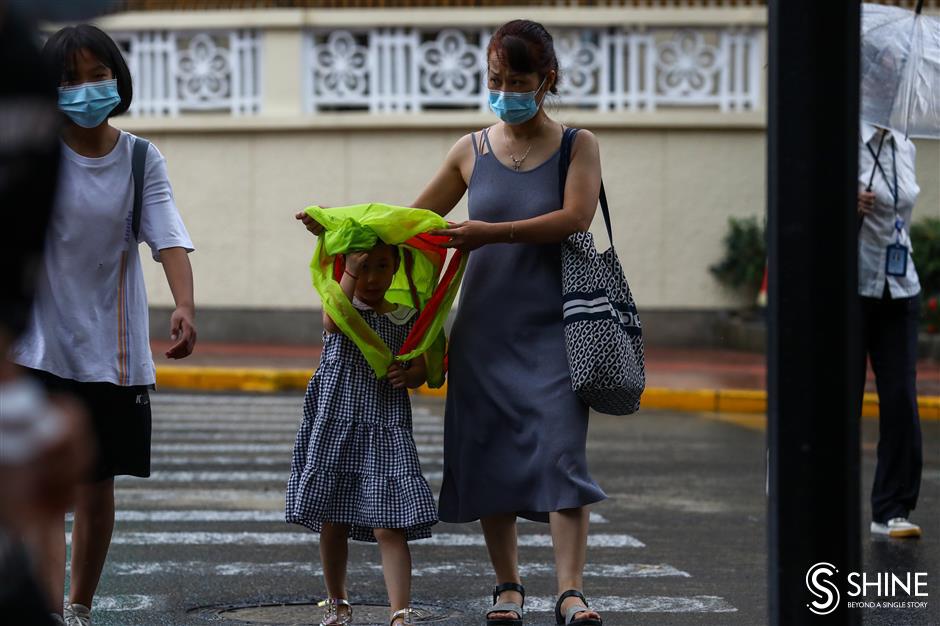 A mother uses a coat to protect her child from rain.