Safety measures in place for arrival of Typhoon In-Fa 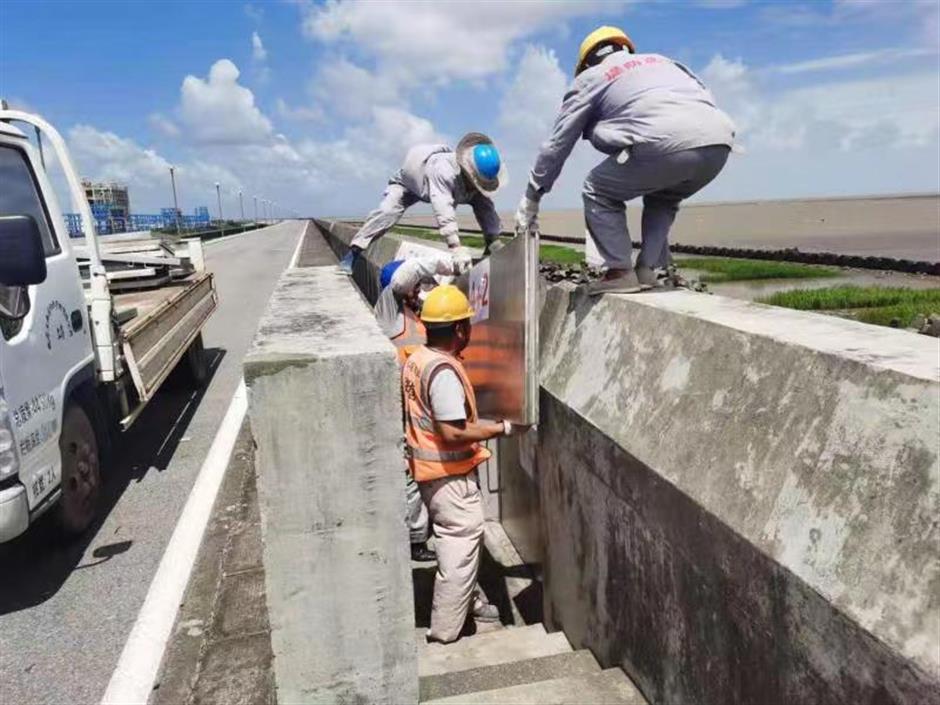 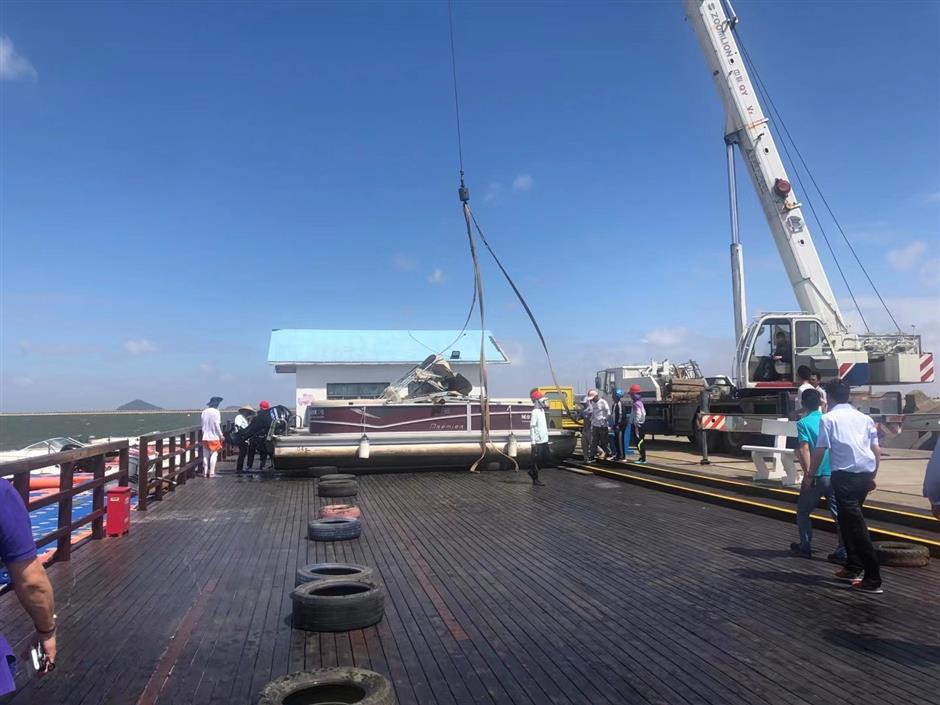 A ship is lifted ashore.

Jinshan, with a 23.3-kilometer-long coastline, has more than 20,000 people to be evacuated to safety, including fishermen, construction workers and front-line workers on the seaside.

The evacuation is set to complete by 9pm on Saturday night, the district's flood prevention office told Shanghai Daily.

Currently, the district has set up 279 temporary shelters which are able to accommodate more than 37,000 people. Security, medical and other services are  in place.

At 4:45pm, the district's weather forecasters released an orange alert for In-Fa, the second highest in the four-color system. 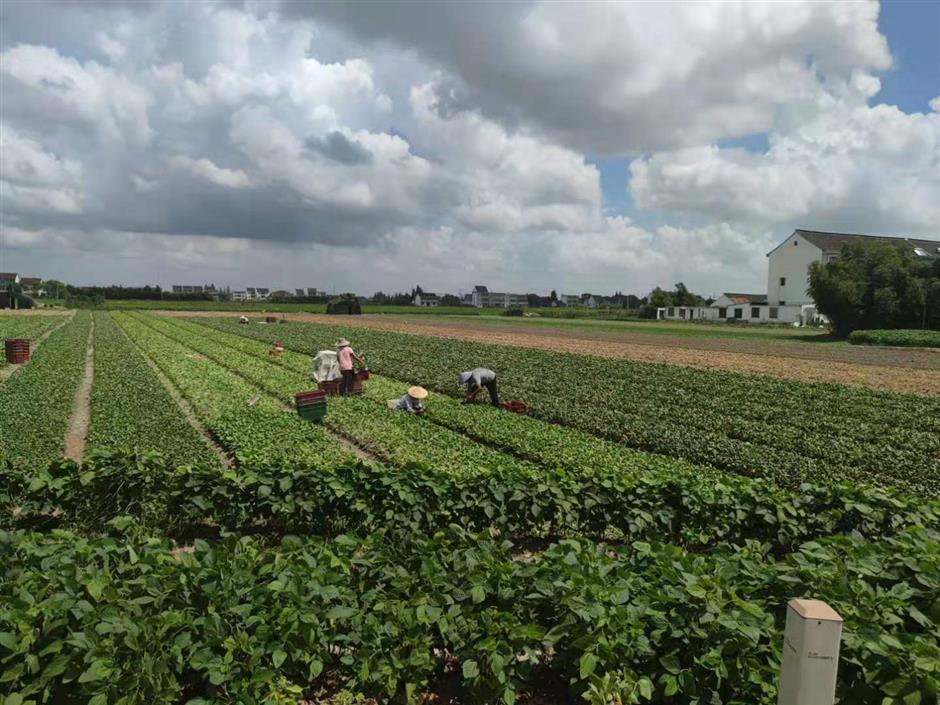 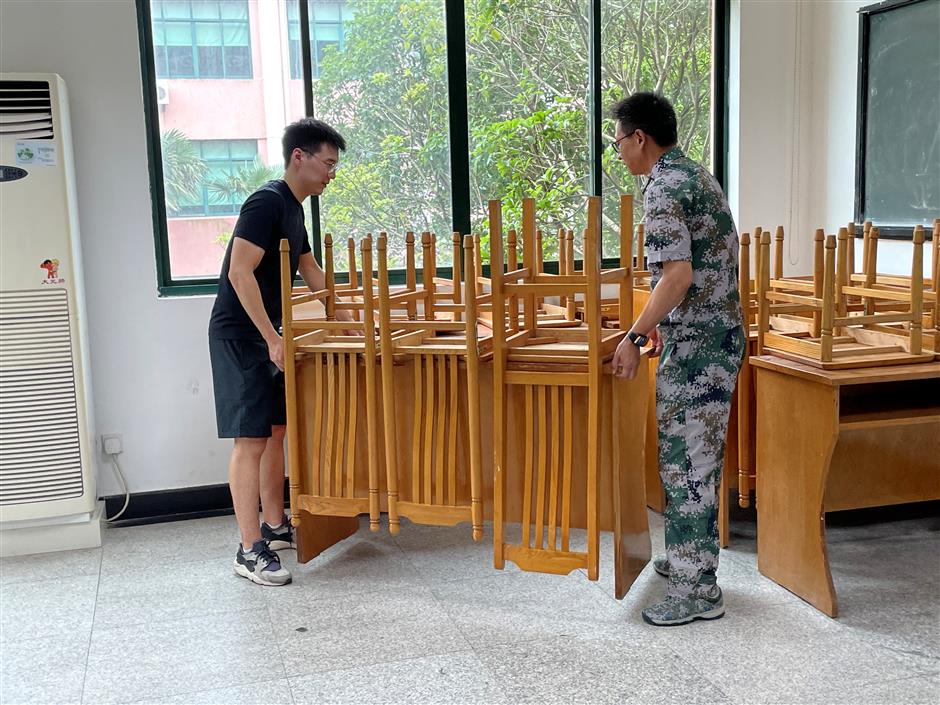 By 9:45am on Saturday morning, local towns had received precipitation from 41.6 to 87.5 millimeters, and water levels of inland rivers have exceeded 2.4 meters. In particular, around midnight, the water level on Jinshanzui reached 5.89 meters high, and the City Beach witnessed wave runup and overtopping.

The six district-operated water gates have been working in full swing since 10pm last night. By this noon, they have drained off nearly 10 million cubic meters of water to make room for the possible flooding.

All tourist attractions on the seaside have closed, and flood-proof panels have been installed on seawalls. On the City Beach, all people have been evacuated, electricity has been cut off, outdoor tents have been removed and ships have been lifted ashore by crane.

Also, inspections have been carried out on outdoor advertising such as billboards and lighting fixtures along streets, as well as construction sites and vegetable and fruit greenhouses. Some structures were dismantled and some were reinforced  to eliminate danger. 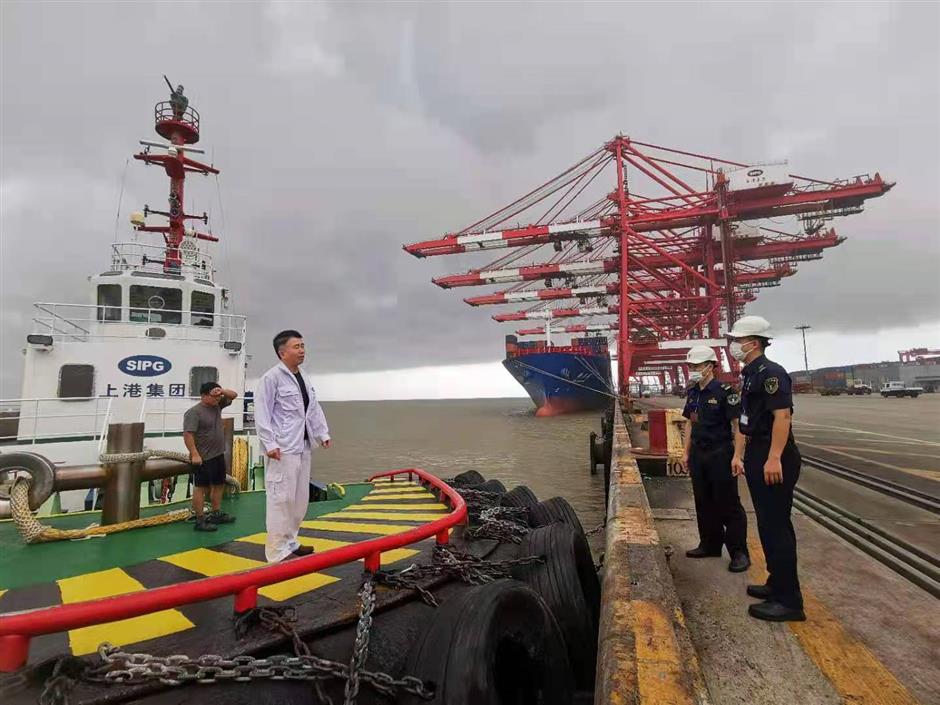 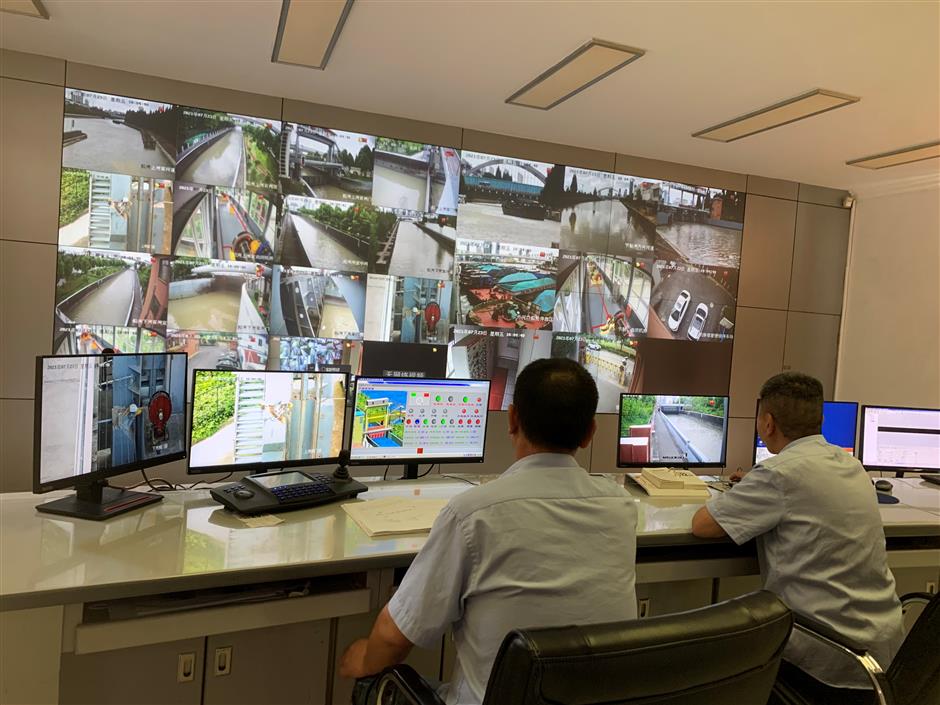 Officials in Pudong are on high alert.

According to the new area's flooding prevention office, a total of 81,596 people will be evacuated. To date, it has prepared 500 temporary shelters which are able to accommodate 95,219 people.

Also, Pudong has set up 179 emergency teams to be on standby for 24 hours, along with 15 high-power pumping vehicles. It has designated officials to check and patrol around the riverside and seaside areas. 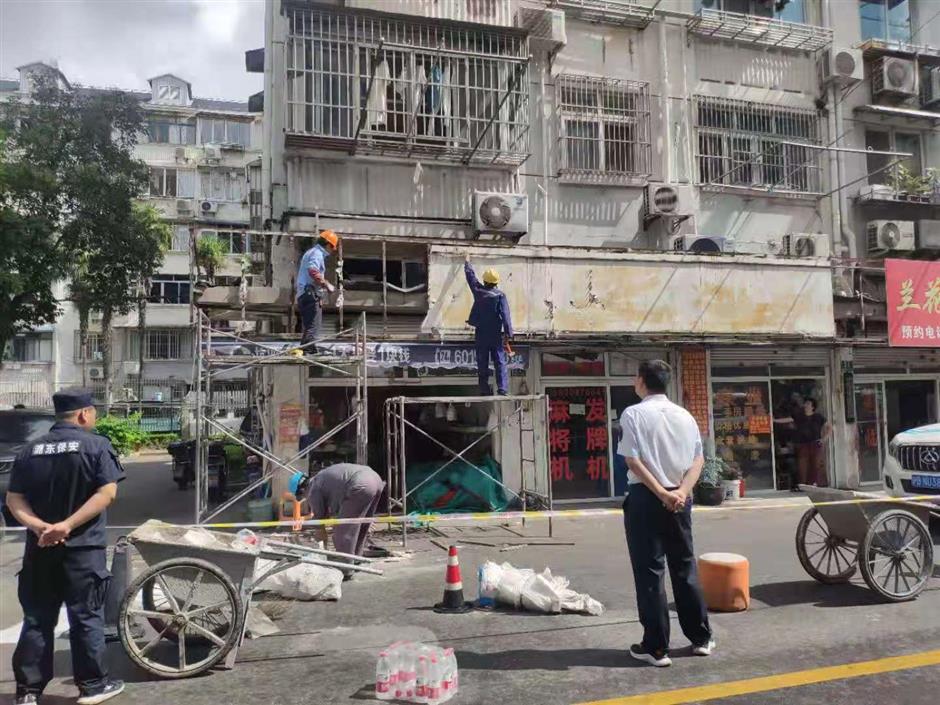