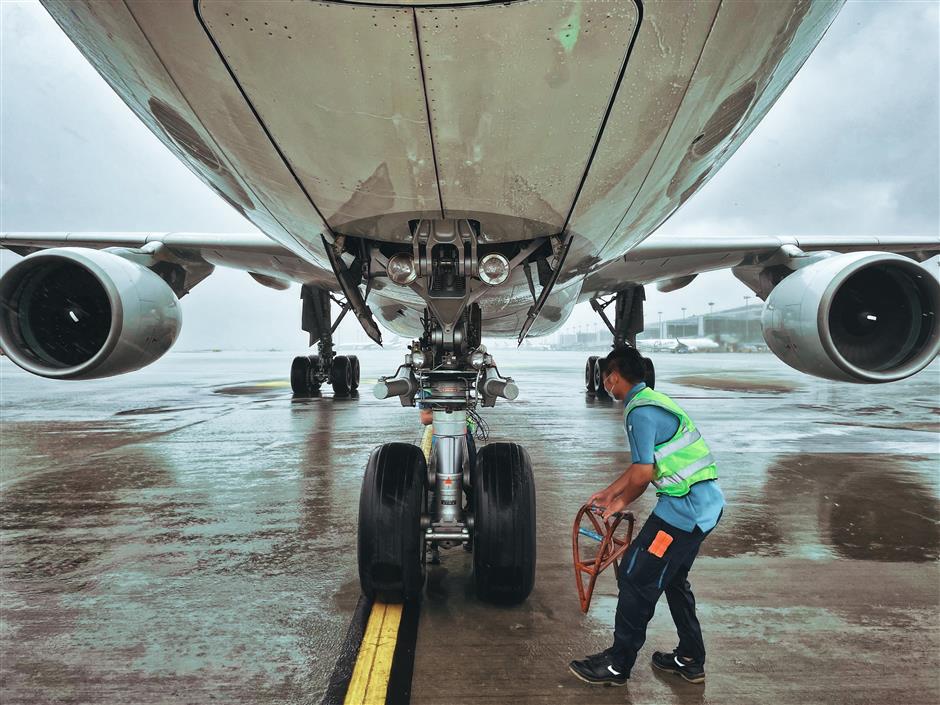 Operations at Pudong and Hongqiao airports have been gradually restored as Typhoon In-Fa waned after making a second landfall in neighboring Zhejiang Province on Monday morning.

The takeoff and landing capacity of both airports is still largely reduced due to the impacts of In-Fa, which has become a strong tropical storm after landing in the coastal area of neighboring Pinghu City at around 9:50am.

Flights will be gradually restored according to weather conditions, the Shanghai Airport Authority said. Travelers are reminded to regularly check their flight information with the airports or airlines.

All passenger flights at Pudong and Hongqiao airports were cancelled on Sunday due to the impact of the typhoon. 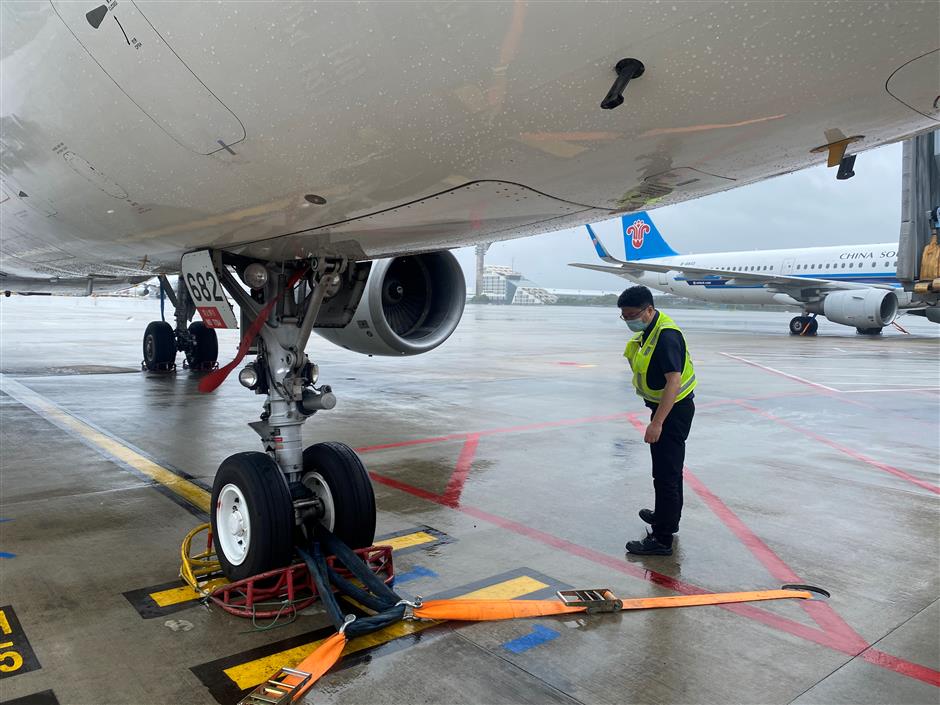 The air traffic controller has issued the highest alert for flight delays at both airports and expects their takeoff and landing capacity to be reduced by 80 percent till noon on Monday.

The Shanghai-based China Eastern and Spring airlines have announced to reduce the number of arriving and departing flights in Shanghai and neighboring Zhejiang and Jiangsu provinces on Monday.

The flights that remain operating on Monday are likely to delay at both airports, the China Eastern said.

China Southern has cancelled 89 flights at the Pudong airport and another 52 at Hongqiao mainly for Monday morning. Additional flights will be restored after 5pm on Monday.

CZ6210, the first restored flight of China Southern, is scheduled to take off from the Pudong airport at 3:35pm to Harbin, northeast China's Heilongjiang Province.

The airport authority and airlines have secured the aircraft at berth and vehicles to the tarmac with cables. The China Eastern and China Southern staff have been patrolling around the aircraft once every hour.

A total of 78 aircraft at Pudong and 55 aircraft at Hongqiao were secured with cable on Sunday night. Another 28 aircraft at berth have been fully charged with fuel to ensure safety, China Eastern said. 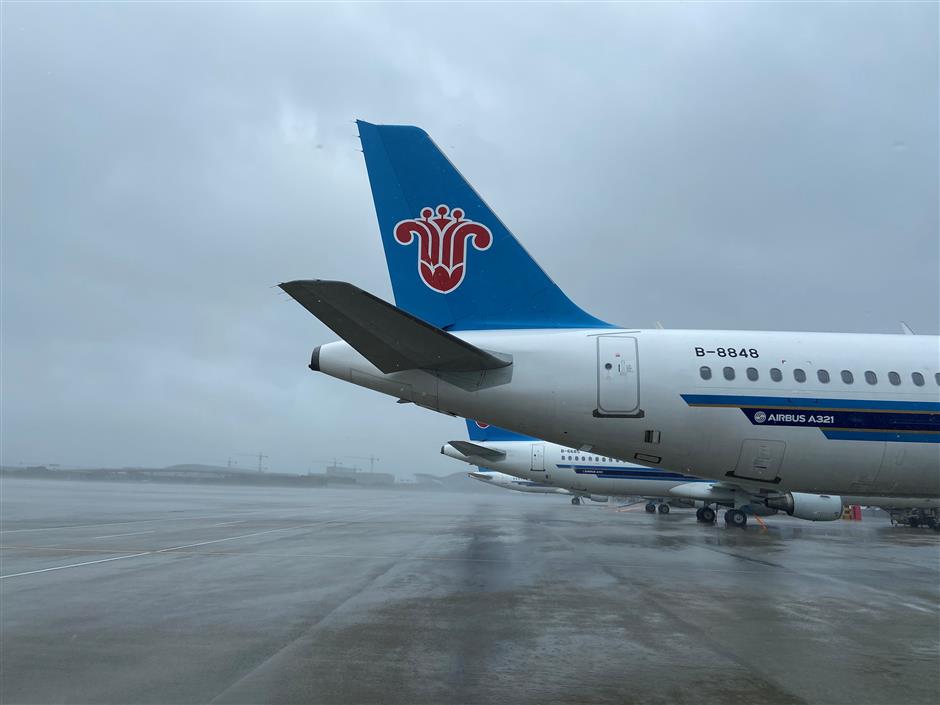 The aircraft at berth have been secured to tarmac.