A local rescue team of 16 who traveled to central China's Henan Province to offer support in the aftermath of massive flooding headed back to Shanghai Monday to aid with cleanup in the city following Typhoon In-Fa.

Pudong's Sanqi Emergency Rescue Team received a call for help from Zhengzhou authorities on July 19 as waters in the city and its surrounds began to rise. The next morning a group of 16 set off in six vehicles for Henan carrying lifeboats and other rescue equipment, including an underwater robot. 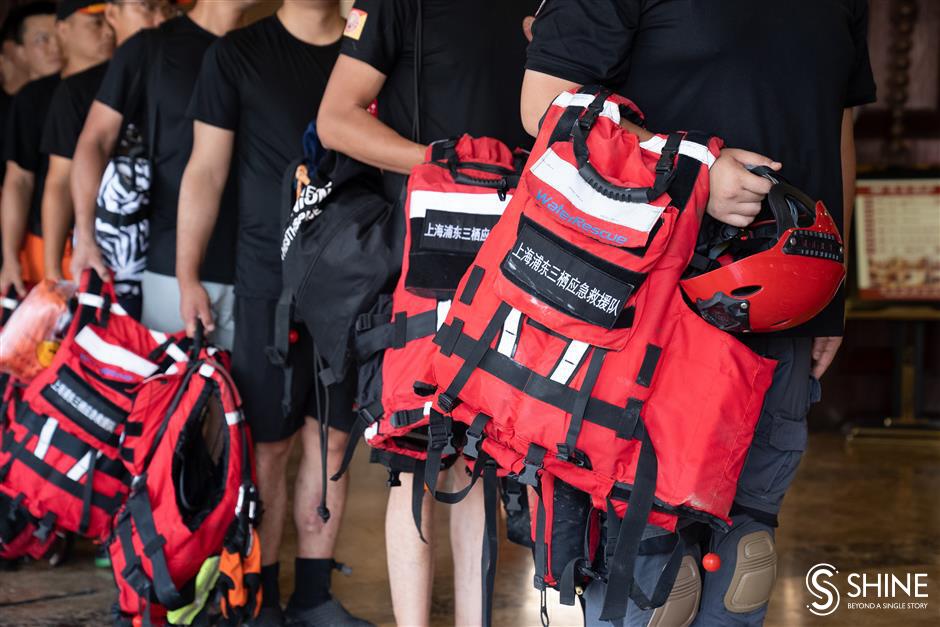 When the team arrived on July 20 they helped with the rescue effort in Henan's capital, Zhengzhou, rescuing people stuck inside housing complexes in Zhongmu. On July 24 they headed to Xinxiang, about one hundred kilometers north of the city, where thousands remained stranded in villages situated along the Wei River.

There they spent two days rescuing citizens who had become trapped when the river burst its banks. Many in the village ignored early warnings to leave, telling local officials they did not expect the water would rise much higher than 30 centimeters.

Dozens of rescue teams from all across China, including the Pudong Sanqi team, quickly went to work rescuing citizens who had been stuck for days, many without water, food or medication. 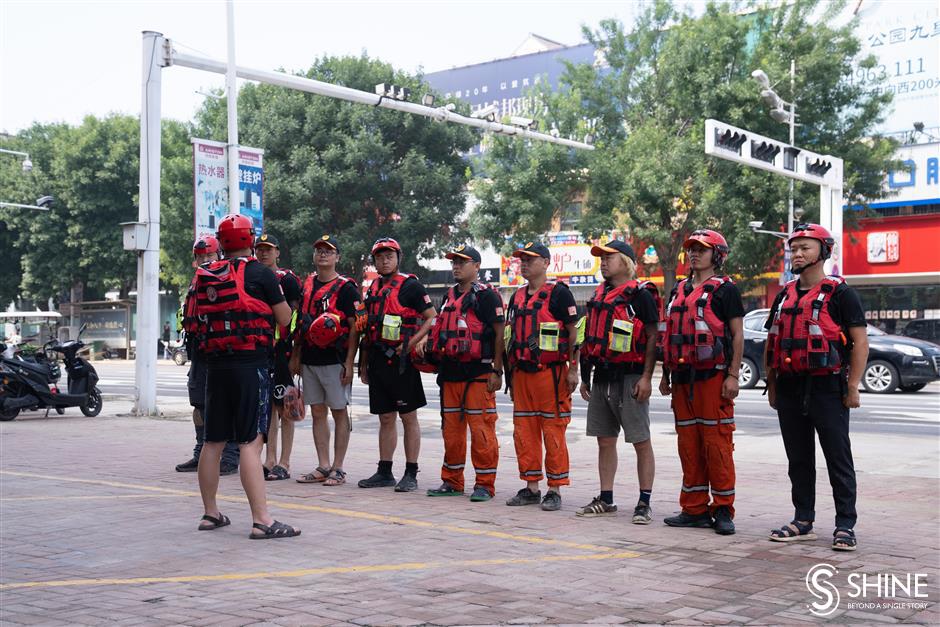 Their efforts were mainly concentrated on Gouxi, Feng and Wang Guan Zhuang villages where thousands needed to be brought back to dry land.

By July 25, the Pudong rescue team had already aided with the rescue of some 6,000 people.

Xu Jun, the team's leader, told Shanghai Daily as they were packing to head back to Shanghai that 80 percent of the team are retired veterans with extensive rescue training, and the others have specialist expertise such as medical training.

"Our rescue team has 50 people in total, and many remained in Shanghai anticipating the coming typhoon," he said. "We always have half of the team remain in Shanghai just in case." 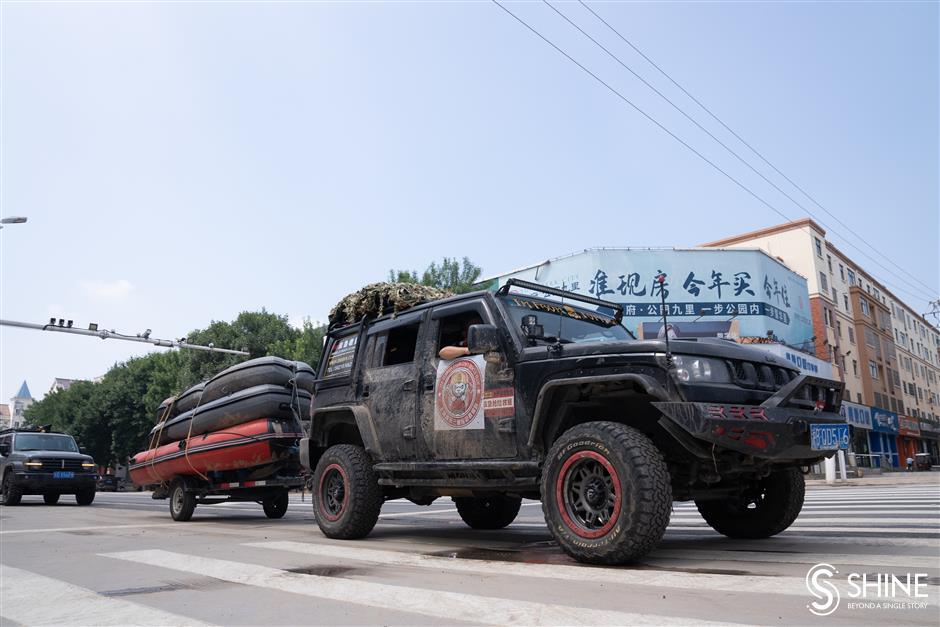 The entire crew work for the rescue team as volunteers and also hold full-time jobs back in Shanghai, meaning many need to ask for leave when situations like the Henan floods arise. "I run a security company, and we have a hairdresser and so on," Xu said. "All of our team's workplaces were very supportive of us coming to help out."

The drive back to Shanghai will take about eleven hours. "We have to drive quite slowly because of all our gear on the back."

Wang Juzhen, manager of the Yijia Hotel in Xinxiang where the team stayed, said they were "extremely professional and well-mannered" during their two nights. "I hope they can visit Huojia County again under normal circumstances," she said. "We would be honored to have them stay." 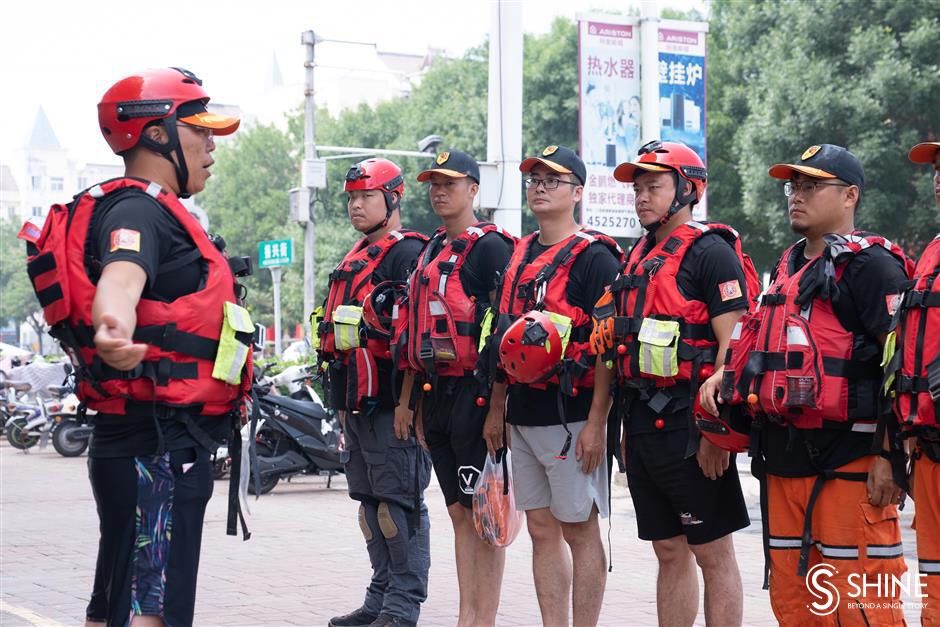