It's raining hard out there in Shanghai! 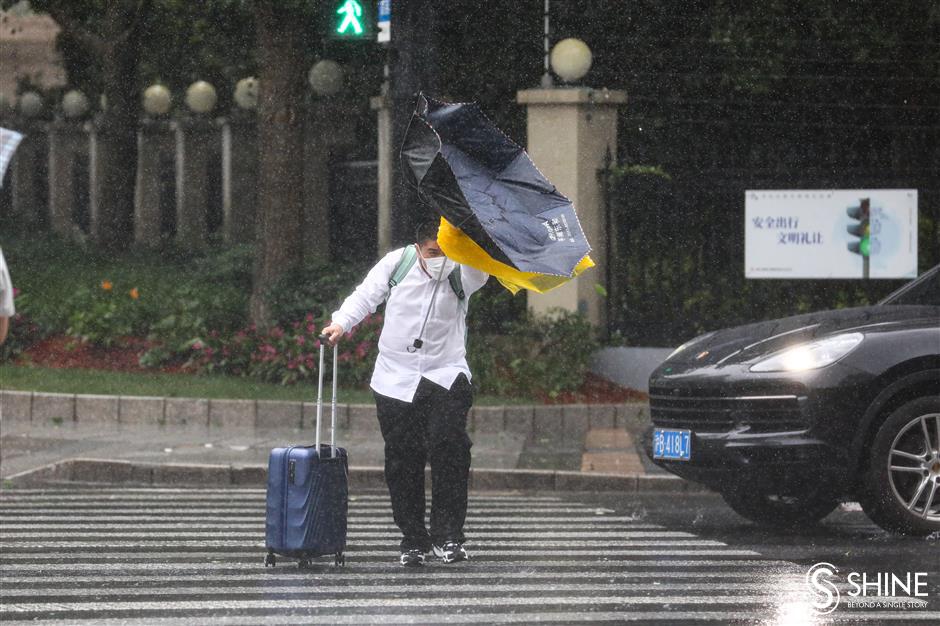 The eye of this year's sixth typhoon – now categorized as just a severe tropical storm – is in Jiashan County in neighboring Zhejiang Province.

Winds in Shanghai hit more than 100 kilometers an hour, but the storm is moving northwest, the bureau said.

From 8am to 3pm today, Jinshanwei in Shanghai's Jinshan District recorded the heaviest rainfall – about 84.5 millimeters.

Strong winds and rain are forecast for the next two days.

All Metro services, some of which were suspended due to the typhoon, have resumed normal operations from 6pm today.