Jinshan in the city hit by major flooding 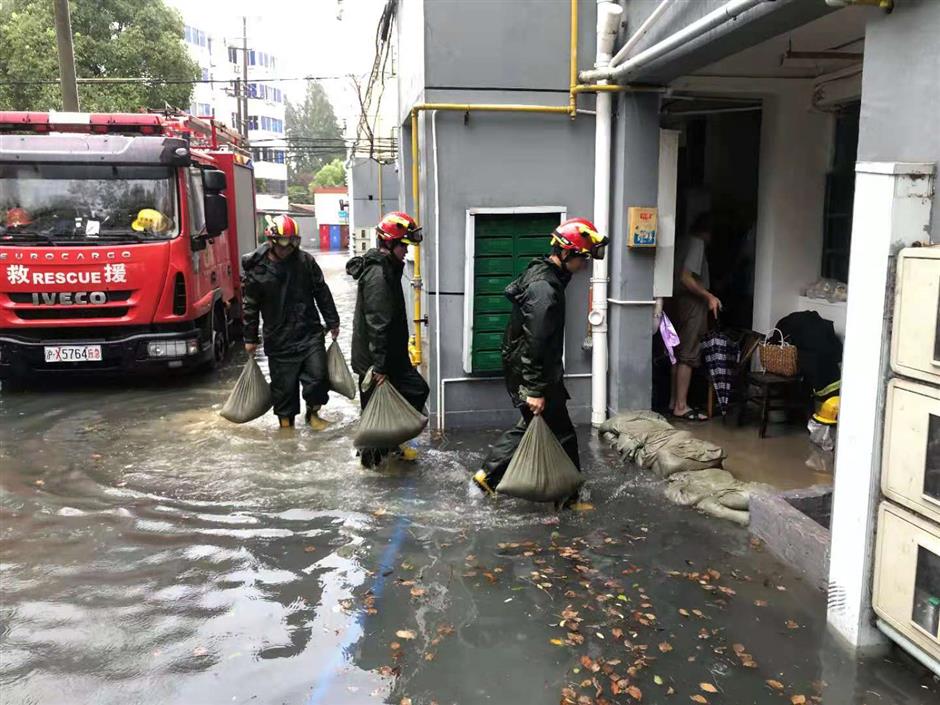 Firefighters pile up sandbags on a flooded residential complex

Suburban Jinshan is in full swing to drain flooded areas after typhoon-caused showers hit the district in the city's southwest.

Typhoon In-Fa made a second landfall about 9:50am on Monday in the coastal area of Pinghu City, in east China's Zhejiang Province.

As the typhoon moved away and decreased in strength, Jinshan downgraded its emergency response to level two around noon on Monday. Bus services returned to normal, and educational institutions, companies and factories aware allowed to resume operations.

However, In-Fa is still hitting, with wind and rain forecast for the next few days. So, it is expected to take several days for the district-wide flood drainage work to be completed.

Even if the rain stops immediately, it still needs at least two to three days to lower the water levels of inland rivers to normal, according to the district's water conservancy authority.

The water level of the Zhangjing River hit a record 3.9 meters, exceeding the warning level of 3.3 meters high and the record of 3.77 meters.

The level is expected to fall today.

The Jinshan fire office office said the Huating Xincun residential complex in the Tinglin town was heavily flooded, with water up to 50 centimeters deep. Muddy water gushed into the homes of residents living on the first floor.

"The residential complex was built on low-lying land. Days of rainfalls have flooded the first floor. About 30 families have suffered from the flood," Xu Bo, deputy political instructor of Tinglin Firefighting Station, said.

"We managed to connect 15 fire hoses and use both manual and motorized pumps to drain away water."

But that's not enough. At the scene, firefighters were seen bailing out water with buckets, bowls and basins.

Also, they worked with neighborhood workers to put sandbags on the first floor to prevent more water flooding.

A total of 400-plus water gates in Jinshan are working in full swing to drain off water, but there is only one outfall out there. Worse, the flood drainage work can only be carried out when tides are low – 10 to 12 hours per day.

But good news is that Jinshan is expected to have one to two new outfalls next year, according to the authority. 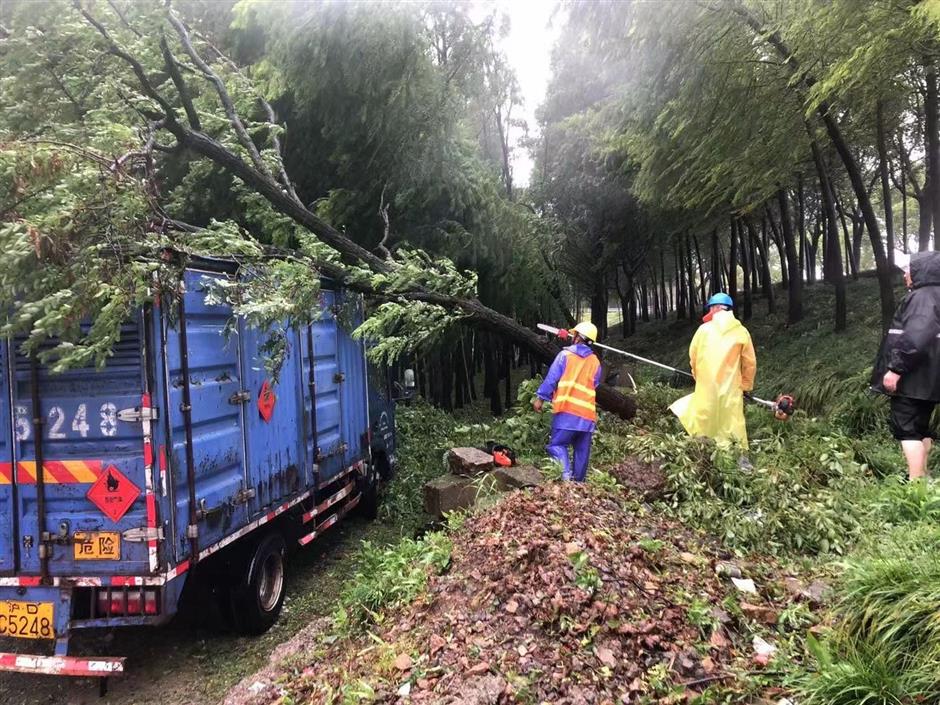