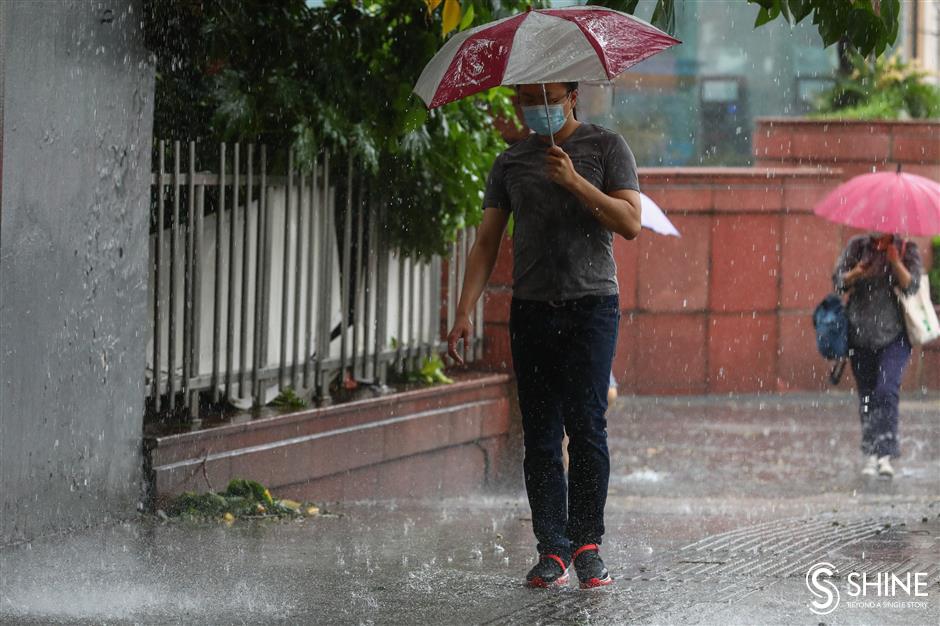 People walk the street amid heavy rain and wind as the effects of Typhoon In-Fa gradually wane in Shanghai.

Shanghai's meteorological bureau issued a yellow lightning alert, the lowest, on Tuesday morning due to the lingering effects of Typhoon In-Fa.

It withdrew a blue rainstorm alert as the typhoon's intensity continued to wane.

The eye of typhoon In-Fa – now categorized as a tropical storm – was in Liyang City in neighboring Jiangsu Province at 10am this morning.

It was still moving northwest at a speed of about 10 kilometers per hour, the bureau said.

The windforce in Shanghai decreased to level 6-7 today, blowing at up to 49 to 61 kilometers per hour.

Showers and thunderstorms are still expected from Wednesday to Friday, with temperatures ranging from 26 to 31 degree Celsius, the bureau said. 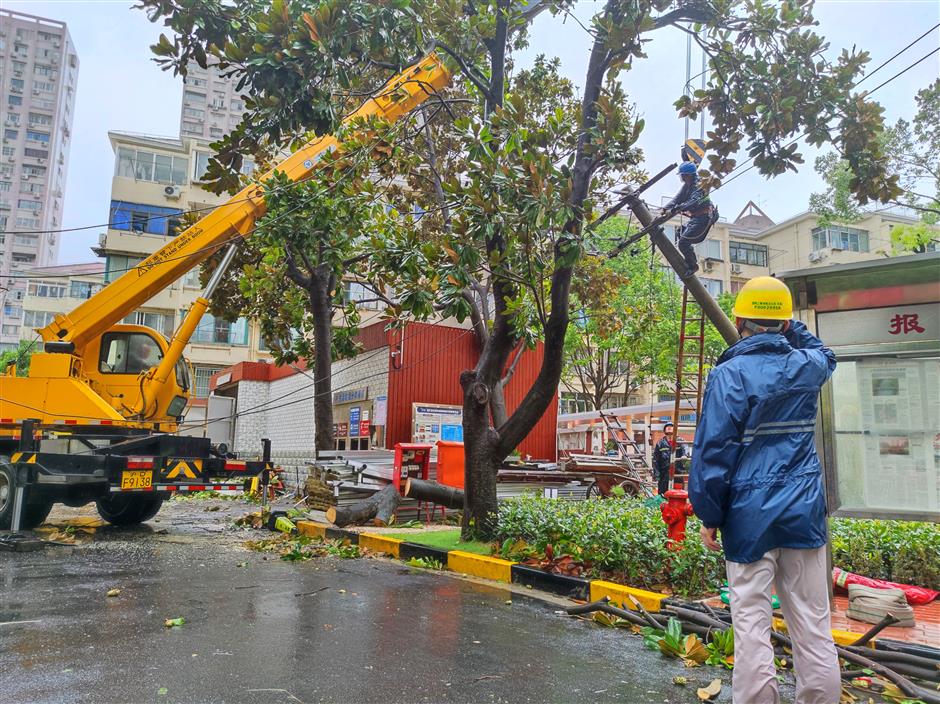 A worker from Shanghai South Power Supply Company deals with a fallen power line caused by a fallen tree.

The State Grid Shanghai Company said the city's power grid was safe and stable during the typhoon period, once again withstanding the tests of extreme weather.

As much as 97 percent of blackouts caused by falling trees and other disruptions had been restored.

Over 22,600 emergency repair workers and more than 7,080 repair vehicles were dispatched, the company said. A total of 176 line faults had been repaired by 3pm on Monday.