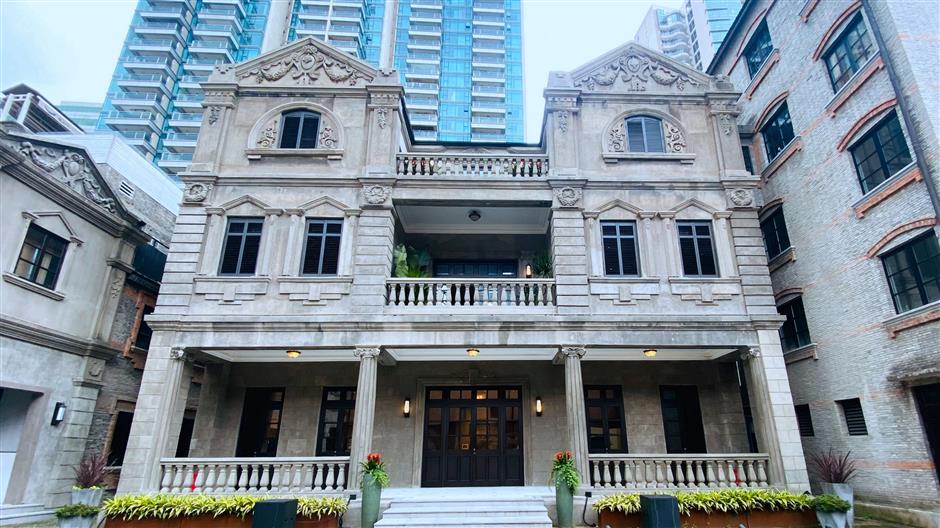 The once-bustling Zhangyuan has once again come alive. As one of the city's best-preserved historical communities, it is quite literally an architectural treasure trove, featuring historic buildings in 28 different styles. It used to be a lively neighborhood and popular destination. But it has been off limits to the public since a major overhaul started in 2018.

Renovation is still underway, and it is expected to continue for another four to five years. But an exhibition chronicling its changes over the past century provides people with a glimpse of a new, yet old, Zhangyuan.

The exhibition, open from July 6 and running until September, is free for visitors to access, but reservations are required via the official WeChat of Shanghai Jing'an (jaxwzx) or Shanghai Zhangyuan (gh_97eaeb678b7a).

It's open Monday through Saturday from 9:30am to 4:30pm but only accepts 500 visitors each day.

After the exhibition, Zhangyuan will close again. 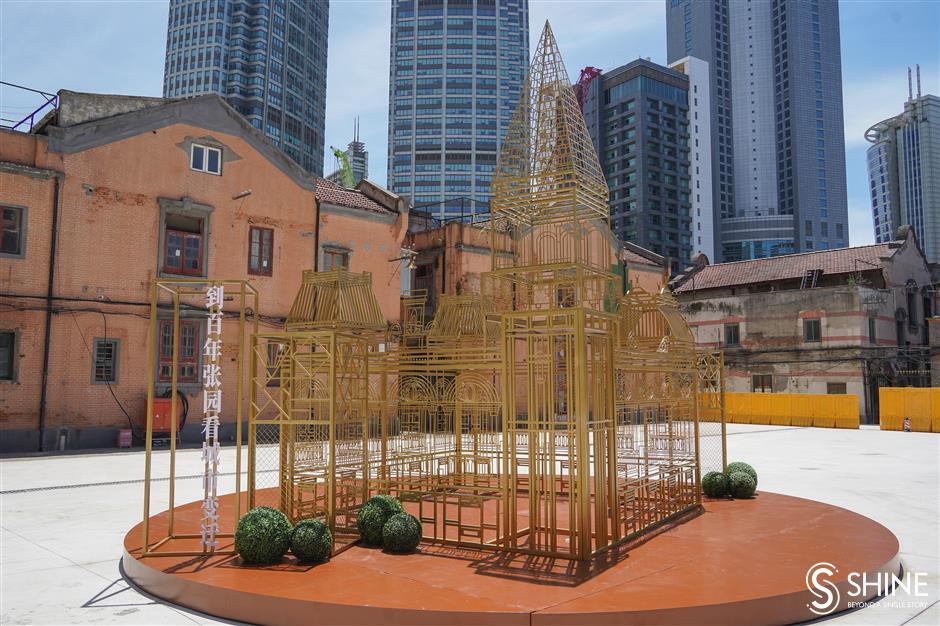 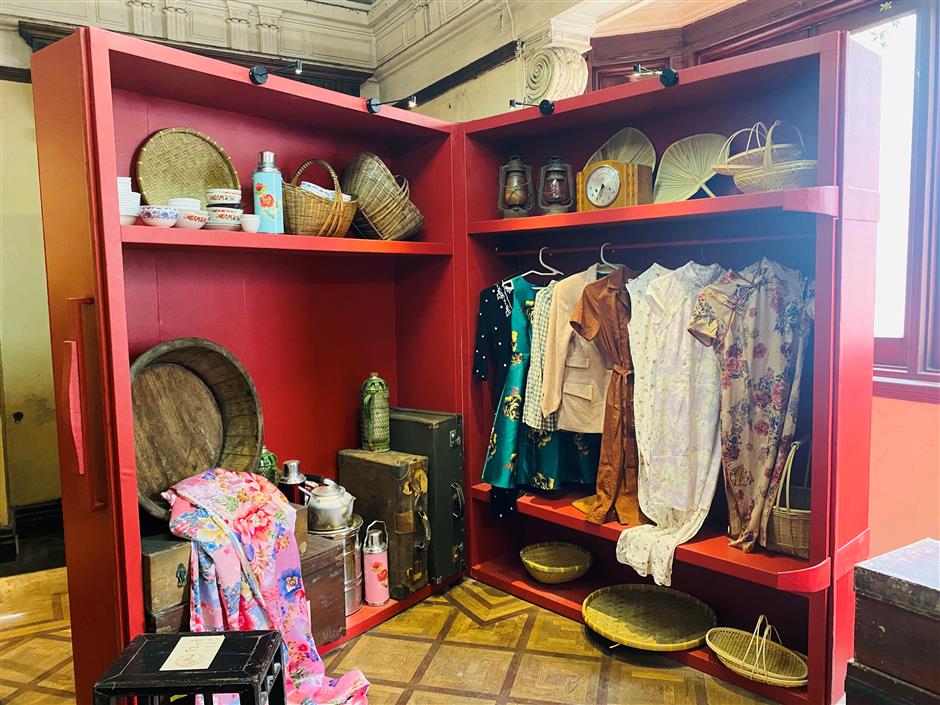 Here is a guide that illustrates some must-visit sites:

1. An overview of Zhangyuan

Texts, photos and videos tell the history of Zhangyuan at the entrance near Taixing Road. Sandwiched between Weihai Road and Nanjing Road W., it dates back to 1872 when a British merchant bought the area to build garden villas. But it earned fame after Chinese entrepreneur Zhang Shuhe took over in 1882 and turned it into the city's most popular public gathering place. It was here that the city's first electric light bulbs glowed amid some of Shanghai's first public entertainment venues. In 1921, it was sub divided and sold to 28 owners who converted it to private residences. For historical reasons, the houses were later partitioned into many units, and soon became too dilapidated to live in. Relocation and renovation started in 2018.

In Zhangyuan, every building tells a story, but this garden villa on Weihai Road is unique. Built in the 1920s, its architectural style was later tailored to the requirements of its former owner and renowned business tycoon, Zhou Qingyun.

Zhou bought the villa in the early 1940s, but he didn't stay long. In January 1949, the steamer Taiping, with over 1,500 passengers and crew, sank when it collided with a cargo ship in the dark. Zhou was one of the shareholders of the opera - tor of Taiping and while other shareholders fled, only Zhou stayed on. He sold everything he had to pay the necessary compensation. When his family moved out of the villa, they were body-searched to make sure they weren't carrying anything valuable with them. The family spent 33 years wiping off all the debts. The villa has been well preserved. Oval-shaped windows, patterns of ships in mosaic glass and other ornaments tell how Zhou's fate was linked with the Taiping. Mottled walls and faded decorations have been simply repaired to maintain the historic flavor of the era.

A video showing Zhangyuan's early history is played. Also, scenes of lives in Zhangyuan about a century ago are re-enacted. 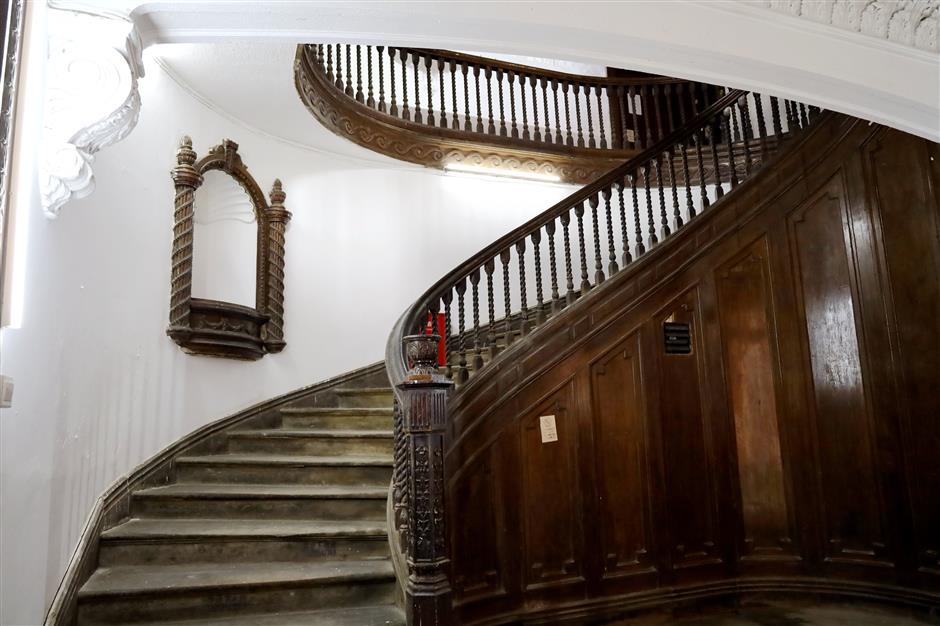 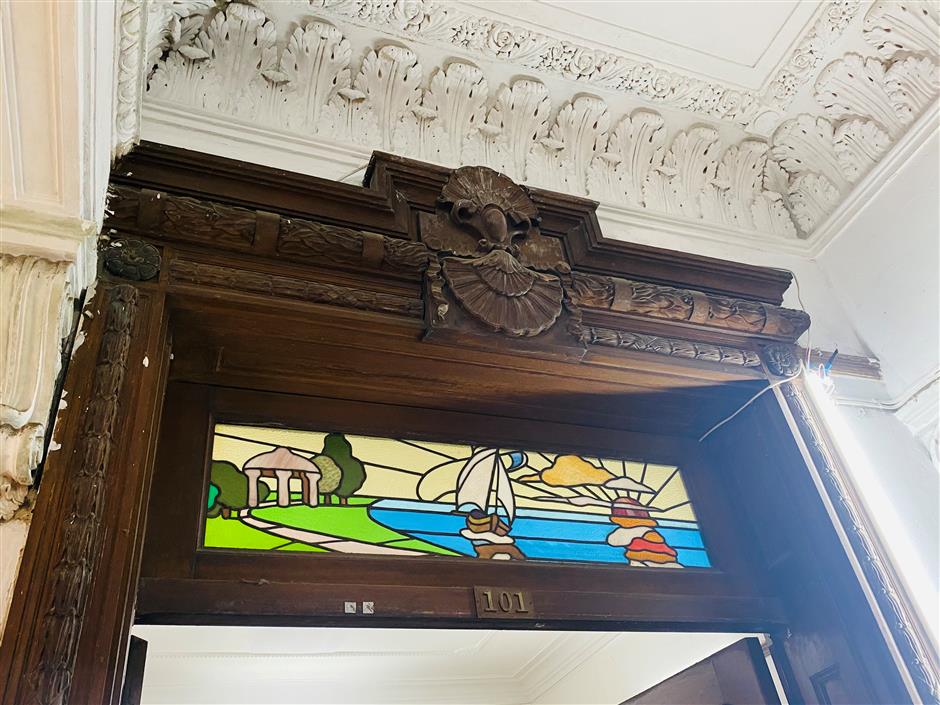 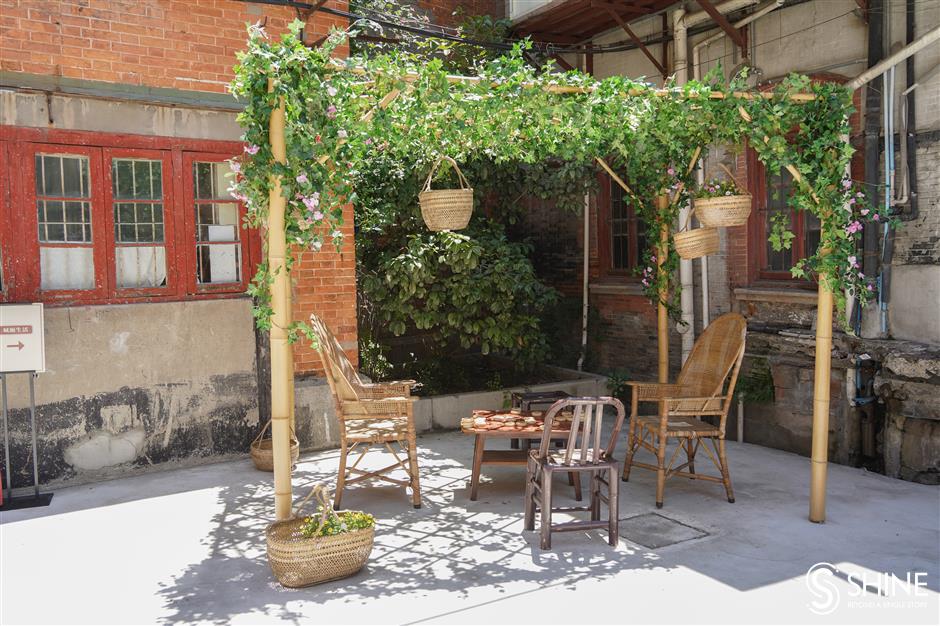 Chamber pots, lounge chairs and items used in childhood are displayed in the precinct's narrow lanes to take people on an immersive tour of typical Shanghai lilong life. The patriotic film "My People, My Country," made by seven renowned directors, used Zhangyuan as a backdrop. An impressive scene in the film, when people gather in the lane to watch the Chinese women's volleyball team win a gold medal at the 1984 Olympics, has been re-enacted. Also, LED screens installed on walls, looking like open windows, show scenes of how local residents used to live.

Shikumen stone-gate buildings are usually partitioned into many units. So, it was common that one family of three to four squeezed in a 10-square meter room, without individual toilet and kitchen.

Since the 1980s, Jing'an has started to improve living conditions in old shikumen buildings and, today, using chamber pots at home has become history.

Scenes of how people lived in shikumen buildings in the early 2000s are recreated through multimedia displays at the site.

Here, a video shows how Zhangyuan will look once the renovation is complete.

According to Jing'an Real Estate Group, which is managing the project, almost 170 historic buildings are being retained and repaired based on original drawings. They will be turned into boutique hotels, small guesthouses, art galleries, museums and other cultural venues. 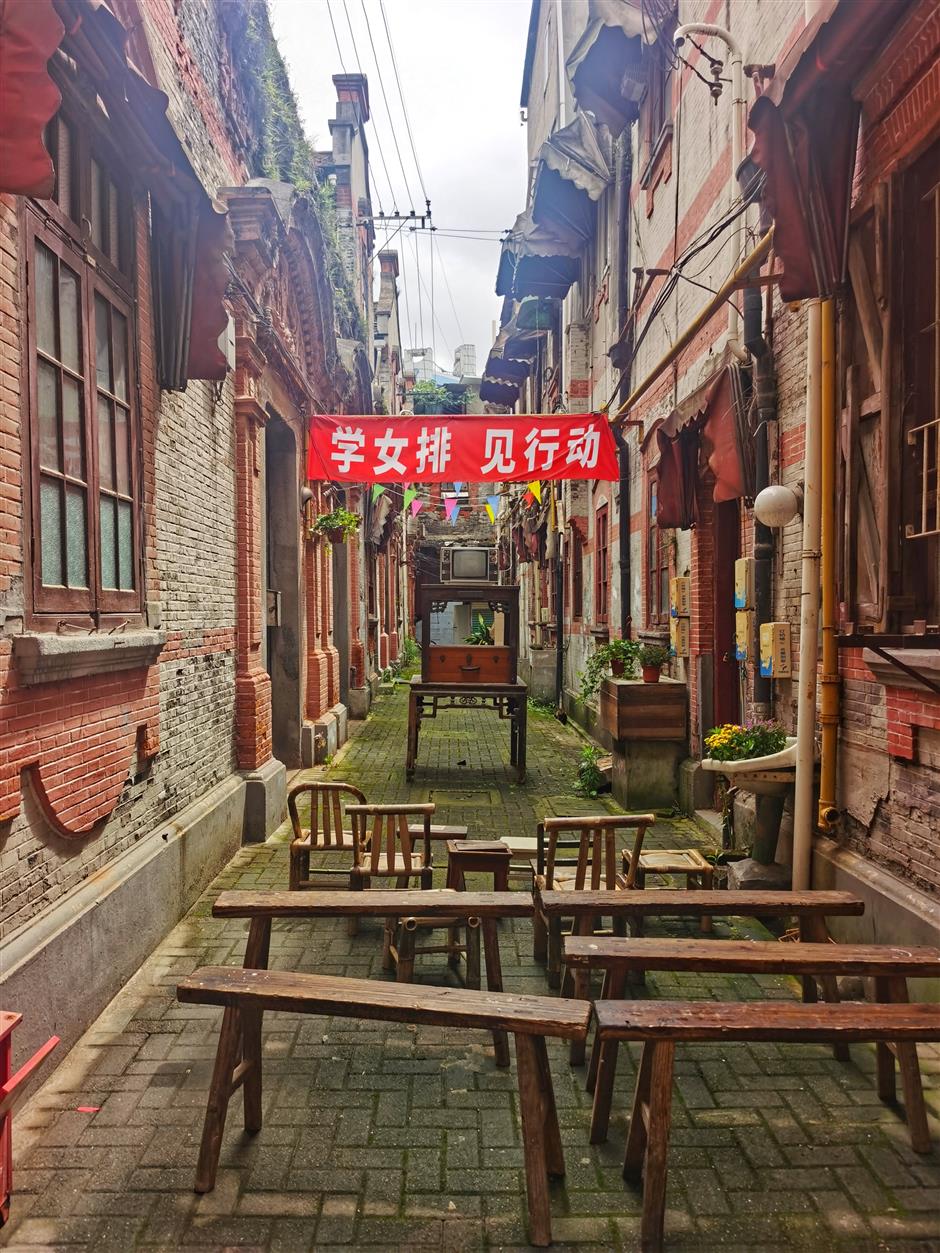 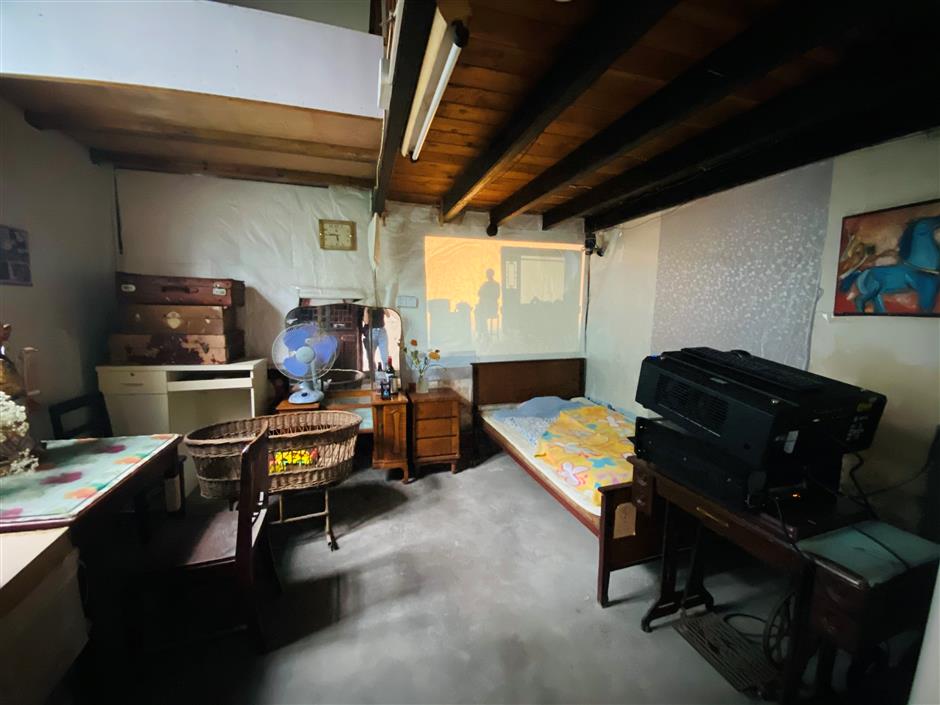