A crafts master in the same boat as history

Craftsman Yang Shengmei created 100 model "red boats" to commemorate this year's centenary of the founding of the Communist Party of China.

They are on exhibit in his workshop in Meilong Town through the end of the year.

The symbolism of a red boat harks back to the summer of 1921, when Party founders had to flee Shanghai after their first national congress was disrupted by police. They reconvened on a boat in a lake in the Zhejiang Province town of Jiaxing to conclude their historic work.

Now in his 70s, Yang only began model-boat-making two decades ago. He did some real boat-building while working for a stretch in the northernmost province of Heilongjiang. In 1975, he started a timber and furniture business in Shanghai.

The business was very profitable, but Yang said it didn't provide any fun in his life. So he decided to draw on his knowledge of wood and his former experience to build model boats for fun. 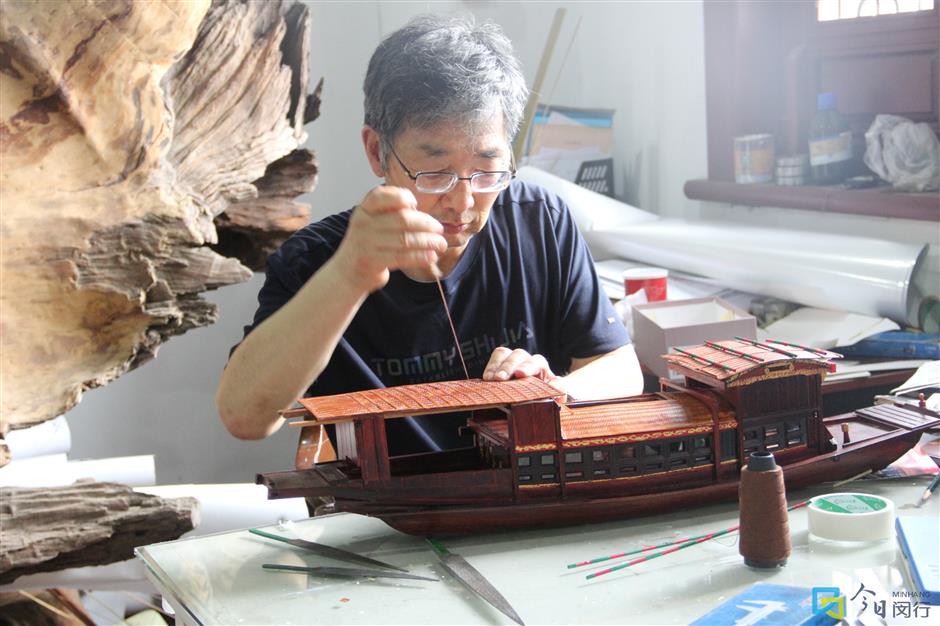 Yang Shengmei works on a wooden boat at his workshop in Meilong Town, where his vessel creations are on display.

In 2000, he spent 30,000 yuan (US$4,600) to cover the initial cost of materials and tools, and made four models. But when he showed the models to someone more experienced than him, he was told that neither the proportion nor style of the boats was correct.

"It was quite frustrating," Yang said. "I put so much work into them, only to find out they weren't very good. My wife told me to give up the hobby."

He remained sullen for quite some time. In the end, his wife encouraged him to have another go at model-boat-building.

Determined not to repeat his failures, Yang did research on old boats and looked for the proper designs and materials. His workmanship improved. He keeps his four first failed boats in his studio to remind him how far he has advanced.

During the preparation of the 100 red boats, Yang went to Jiaxing six times and took over 1,000 pictures on the lake where a replica of the original Party boat is moored.

The details are exact, down to patterns on the windows and items inside the cabin, like cooking facilities, chairs and cupboards.

In making each model, Yang used traditional woodworking techniques, often with tools he made himself. The type of wood used had to be the same as that used in the original Party boat.

After the wood dried naturally, Yang began carving. Each boat consists of more than 10,000 parts, all in proper proportions. The process also requires him to do some sewing and painting.

The final finish of coating depends on the temperature and humidity when the model is made. In 2019, Yang had an exhibition at the Shanghai Mass Art Center, jointly sponsored by the Shanghai Cultural Heritage Department and Minhang culture authorities.

Fifteen ancient models in the exhibition replicated those in the famous scroll painting "Riverside Scene at Qingming Festival" by Zhang Zeduan in the Northern Song Dynasty (AD 960-1127).

That project took him three years, during which he discussed his designs with Chen Shoucheng, a craftsman who specializes in canal boats from that period of history. 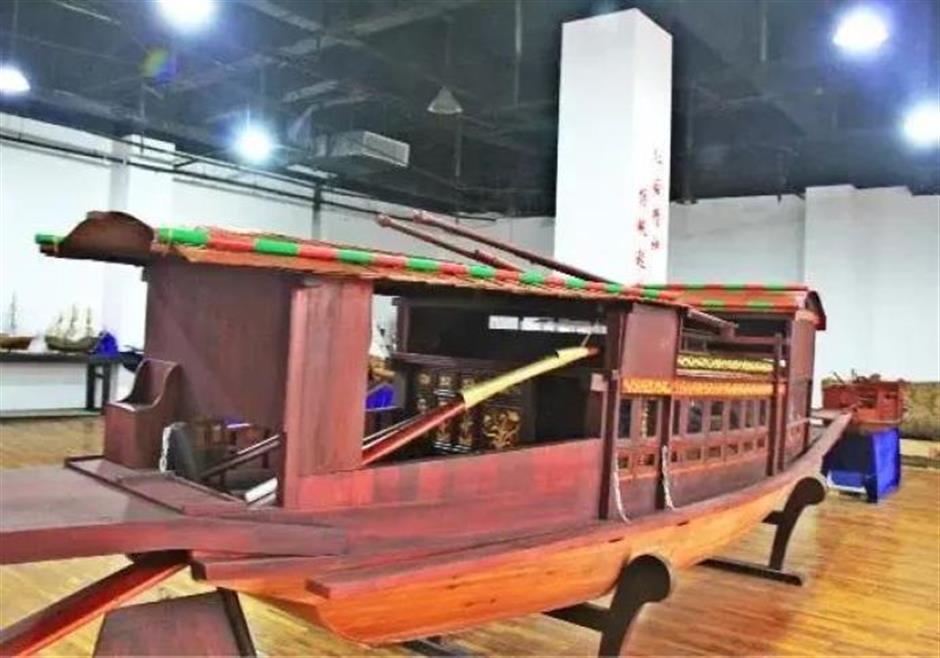 Yang replicated boats used for royal grain delivery, passenger and general cargo – all in the proportion of 1:30.

"The history of boat-model-making can be traced back to the Han Dynasty (202 BC-AD220)," Yang said. Though some model boat builders who adapt their prototypes do give them a better look, Yang said he always sticks to authenticity.

In 2020, Yang was named a "Minhang Craftsman." That year, he initiated a project with Caohang Primary School to design a course for children to learn about the boat-building craft and have some hands-on experience.

"I like the course," said Shen Jialai, a student in the school. "We get to learn about the old Chinese boat-making techniques. I share what I learn with my family."

Yang said he also looks forward to passing the techniques to his little grandson, who likes to spend a lot of time with him. He reckons life now is ideal. He gets up at four in the morning, does tai chi and then goes to his workshop. Home for dinner at eight and then to bed.

Yang sometimes gets boat orders from museums. He is now trying to design models that can be hung as wall decorations. There is one giant wooden boat in the workshop. "It's part of my dream to someday build a boat that I can sail around the world in," he said. 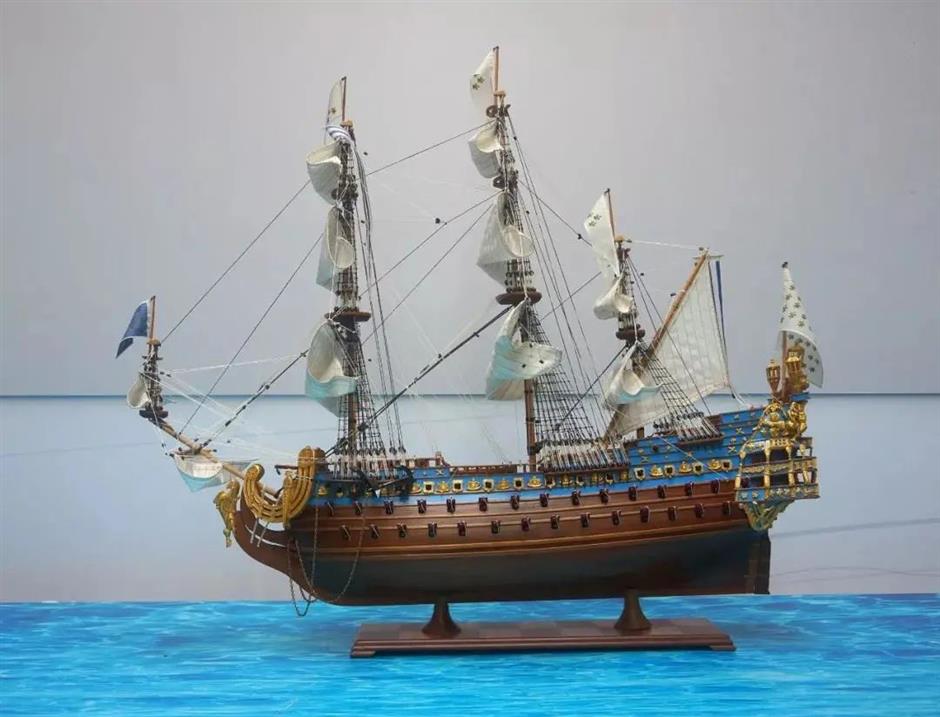