Volunteers rally to clean up debris left by typhoon

More than 1,000 people toiled on the river and sea banks of Binjiang Forest Park in the Pudong New Area on Saturday despite rain to voluntarily clear trash washed ashore by Typhoon In-Fa. 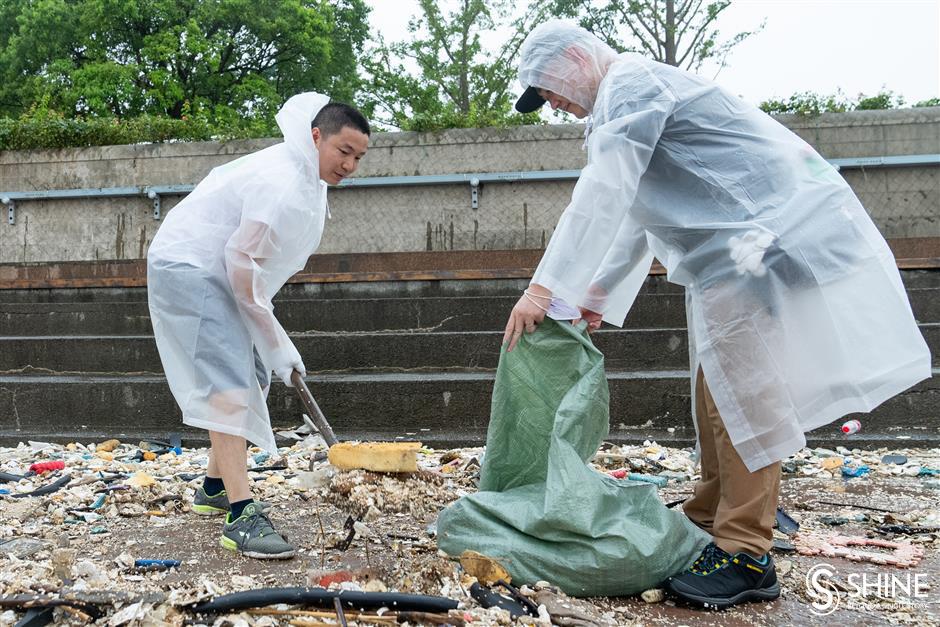 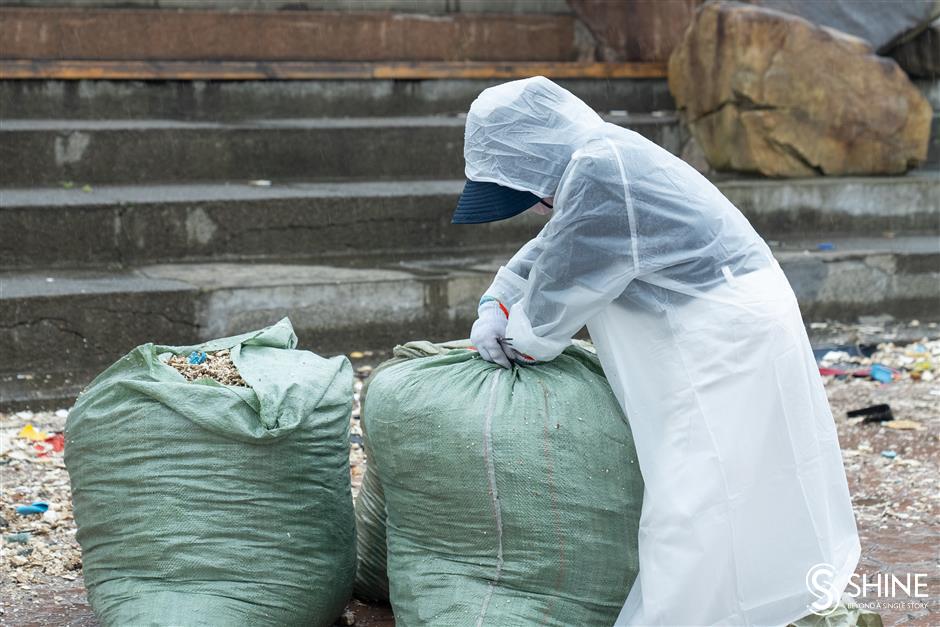 A shocking amount of garbage from the river and ocean was deposited on the park's waterfront platforms and 2-kilometer-long bank. Most of it were wood, plastic bottles, bags and foam, and wine bottles, the park operator said.

On Saturday, people from different corners of the city came to the park with the same goal. Wearing gloves and raincoats and using spades, they had removed 8.5 tons of trash together with those already cleared by park staffers earlier as of 2:30pm. 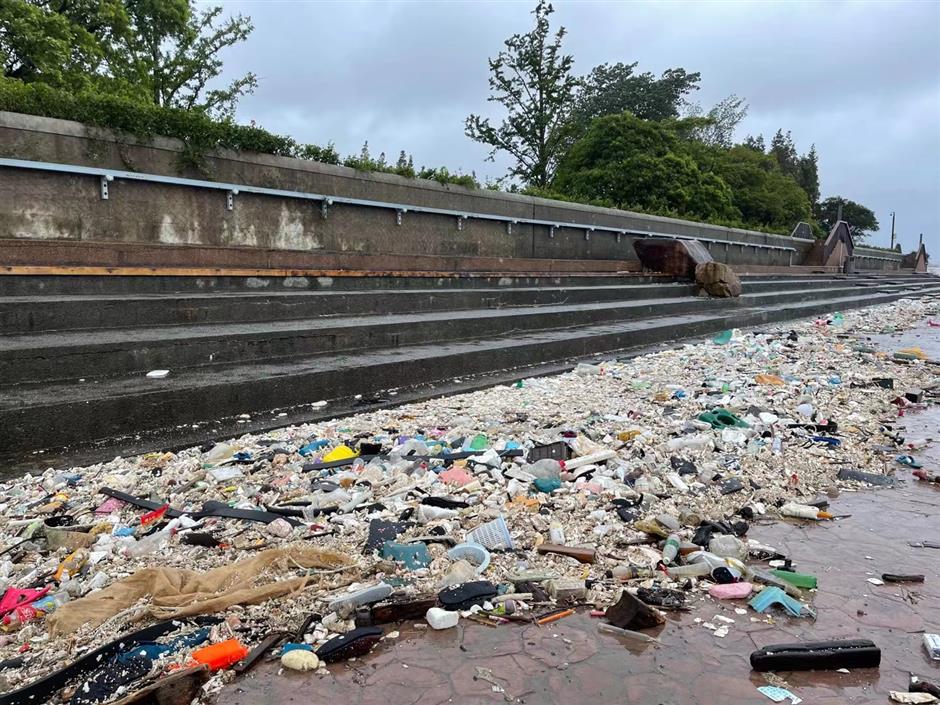 The aftermath of the wild weather. The foreshore is clean but some more work is needed on the walkway. 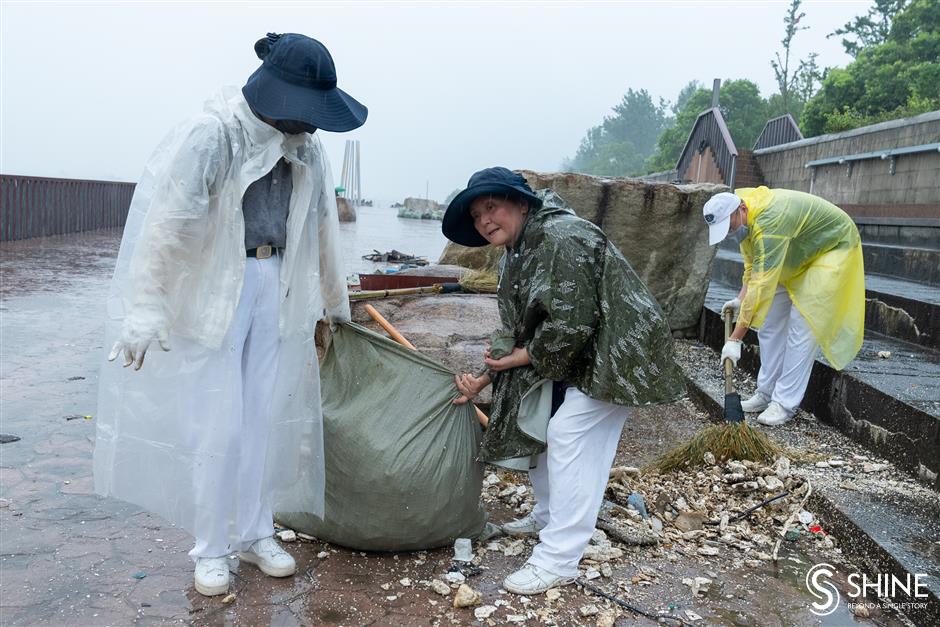 Even the elderly lend a hand.

The park at the confluence of Huangpu River, Yangtze River and East China Sea has three waterfront platforms, and their enclosures were damaged by In-Fa.

"What people have disposed into sea was sent back," said Bi Qingsi, director of the park.

"Many people contacted us after media reports, expressing willingness to join in the clear-up campaign after we sought volunteers.

"We prepared more than 3,000 trash bags and over 300 shades, but many volunteers prepared their own, which moved us deeply."

On Saturday afternoon, the event was halted due to deteriorating weather, but many who had made applications in advance still turned up, the park operator said. 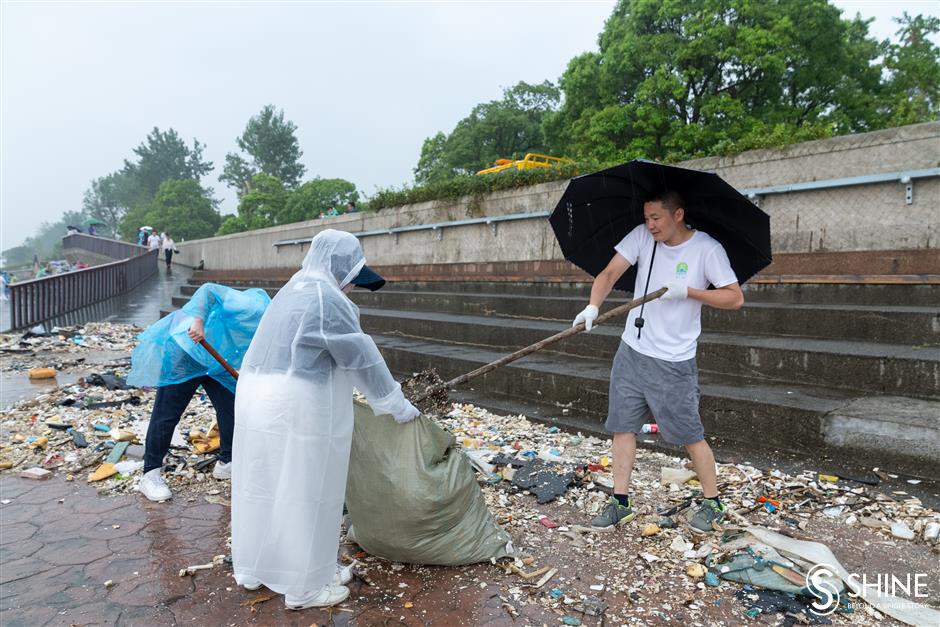 Hard at work in the rain. 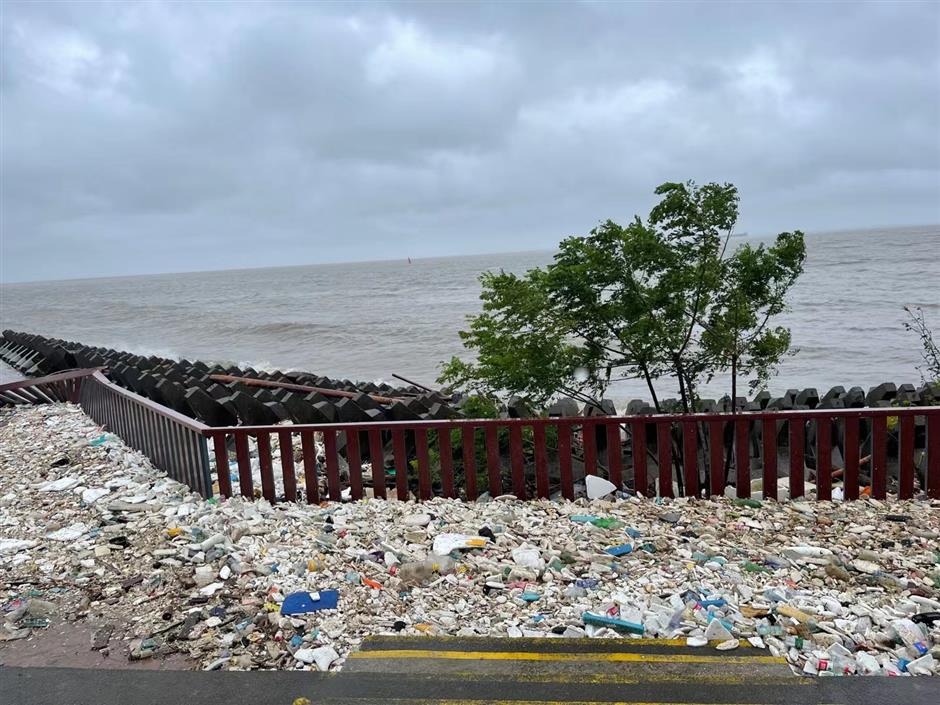 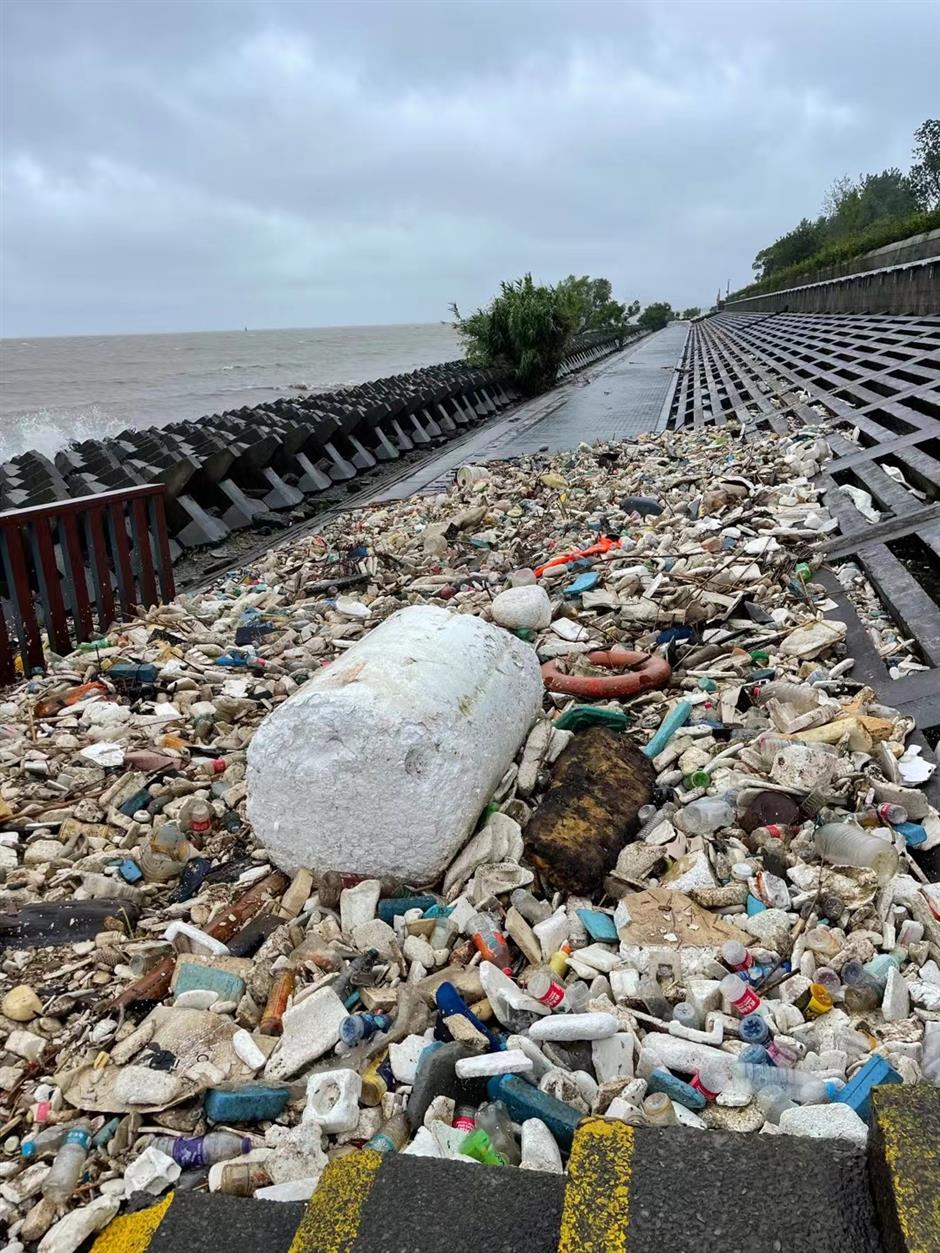 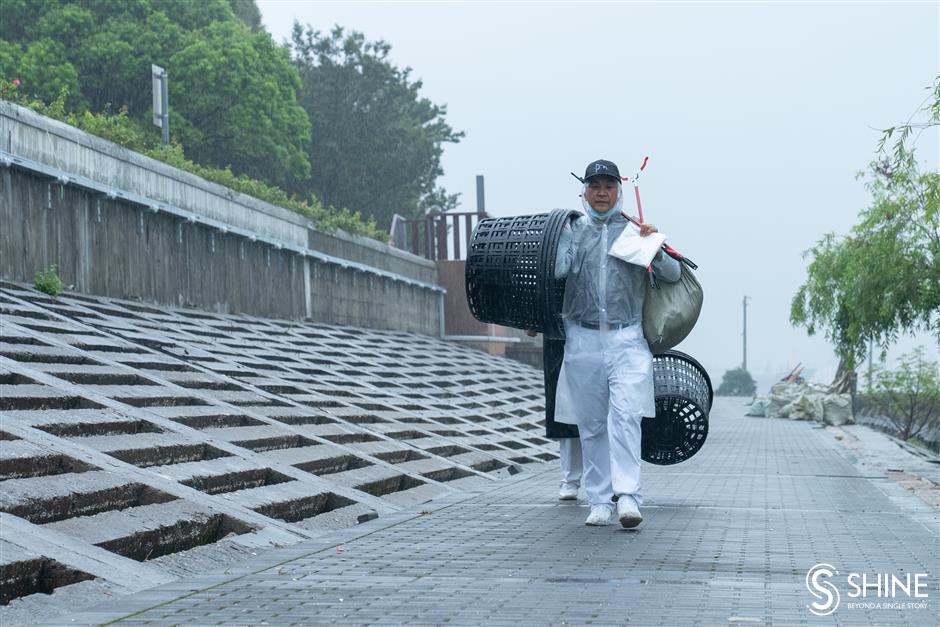 "I want to make a little contribution and it is nothing to mention," said Zhao.

Ling Shenhao, a eighth-grade student of No. 4 Middle School of Nanhui, added: "One of my habits is bird observation and protecting the habitats of birds is of great significance. I want to devote myself to the protection of biodiversity."

It is estimated that all trash left would amount to more than 10 tons, and another half to one day is needed for its complete removal.