Metro about to warm things up for chilly passengers 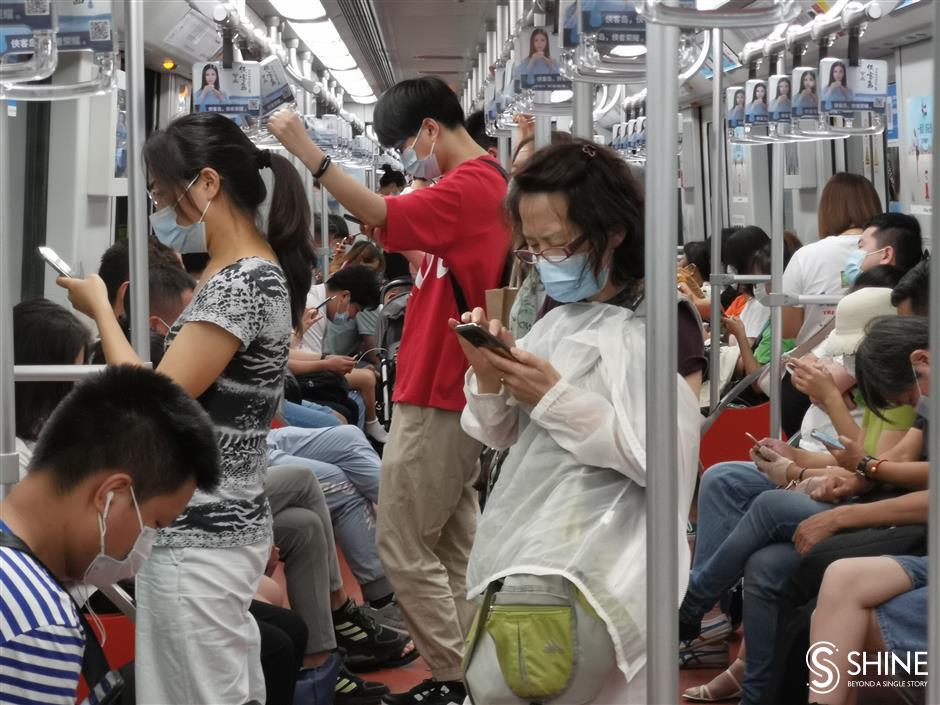 A passenger puts on a jacket on a Metro Line 11 train on Friday.

Begining from Sunday, some of the carriages on the city's Metro trains will be less cold than the rest during summer, Shanghai Metro said on Friday.

Metro said the new measure aims to address the needs of some passengers who find the trains "too cold," especially the elderly and children.

Those 11 lines enable air-conditioning that's adjustable for different carriages, according to Shanghai Metro.

A 78-year-old man surnamed Zhang who took a Line 11 train on Friday said he welcomes the new measure.

"I usually bring a coat with me when riding the Metro in summer, and I surely would like to use the less cold carriages," he said.

A woman surnamed Wu who took a Line 11 train with her 3-year-old son also praised the effort.

"I'm okay with the air-conditioning on the trains, but my son feels a bit cold, so I put a jacket on him," she said. "We will definitely try out warmer carriages."