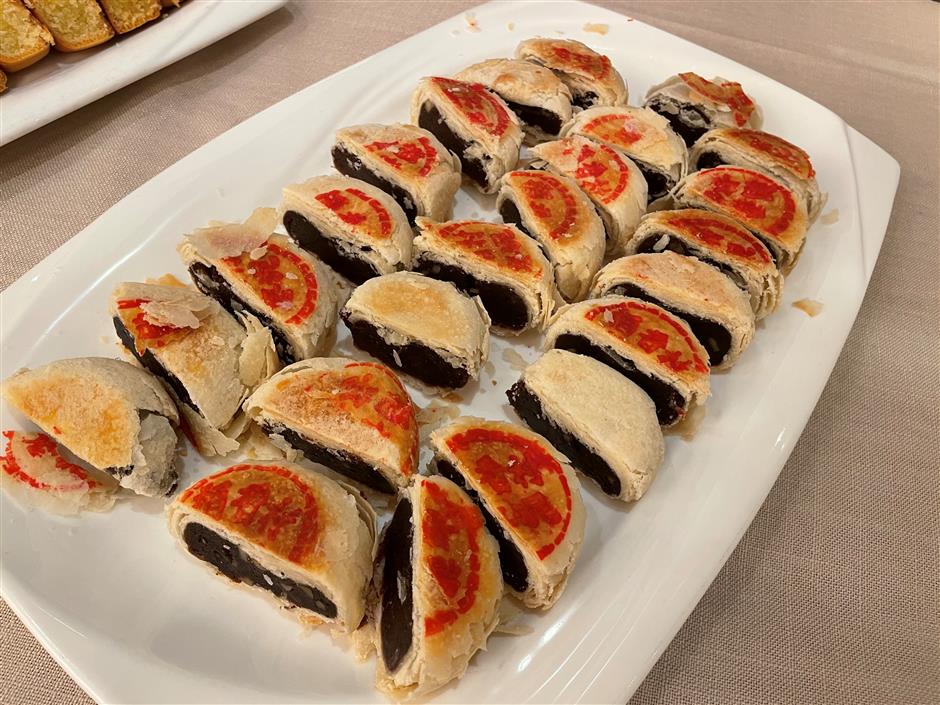 Suzhou-style mooncakes made by Daoxiangcun, a time-honored bakery. 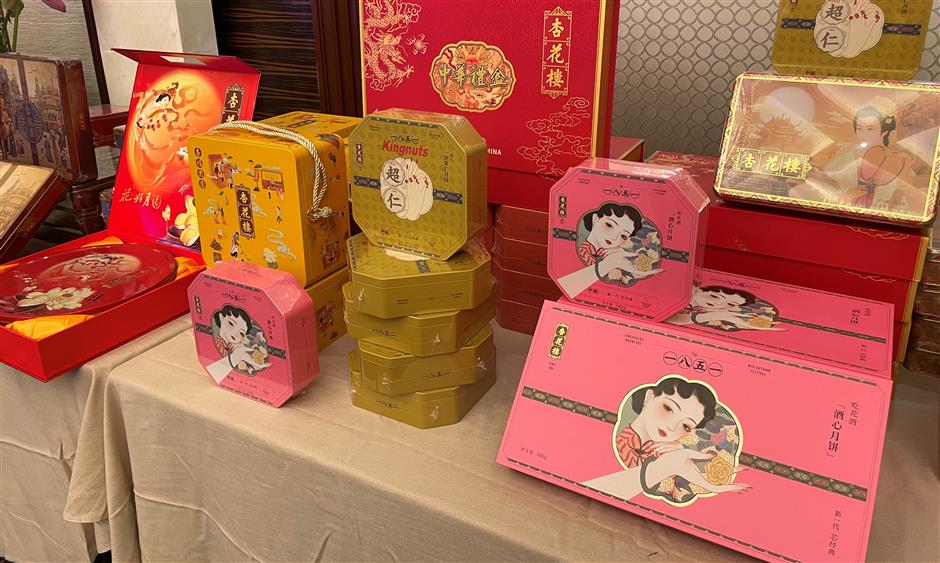 The time-honored Xing Hua Lou restaurant in Huangpu District, which dates back to 1851, is taking an innovative approach for this year's seasonal delicacy – mooncake.

It has joined hands with Daoxiangcun, a time-honored bakery dating back to 1773, and Swiss food giant Nestle to develop several new flavors to promote traditional Chinese culinary culture and lure young consumers.

Xing Hua Lou is a representative of Cantonese-style mooncake, while Daoxiangcun's Suzhou-style mooncake has 18 layers of pastry, each as thin as paper. Daoxiangcun's mooncake-making technique was listed as an intangible cultural heritage of neighboring Jiangsu Province in 2009.

"It is a bold approach and the first time that Cantonese-style and Suzhou-style mooncakes are 'mixed' in one gift box," Huang Qiong, a staffer with Daoxiangcun, said on Tuesday. 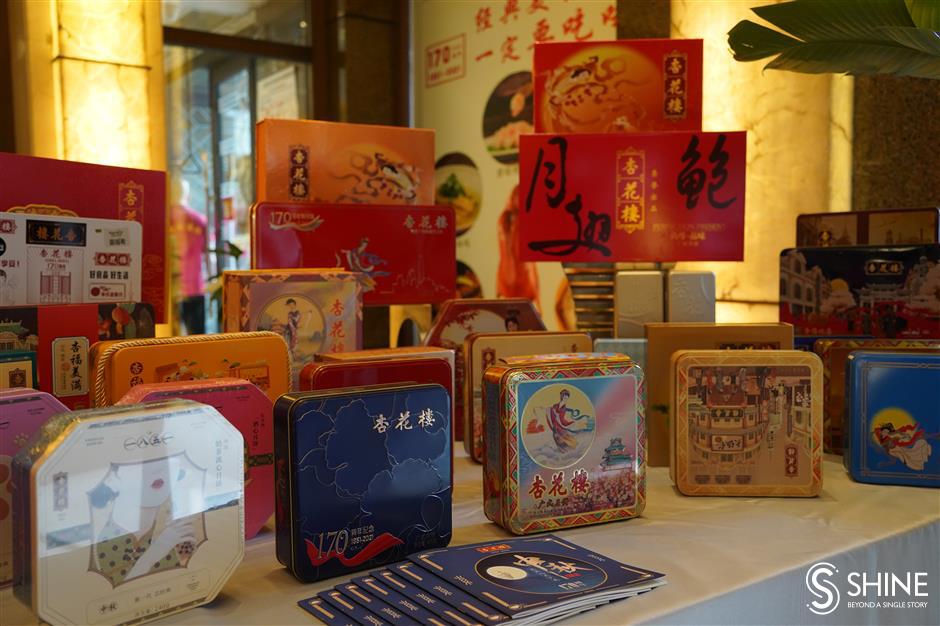 Mooncakes have already started hitting local store shelves even though the Mid-Autumn Festival is a month away, falling on September 21. 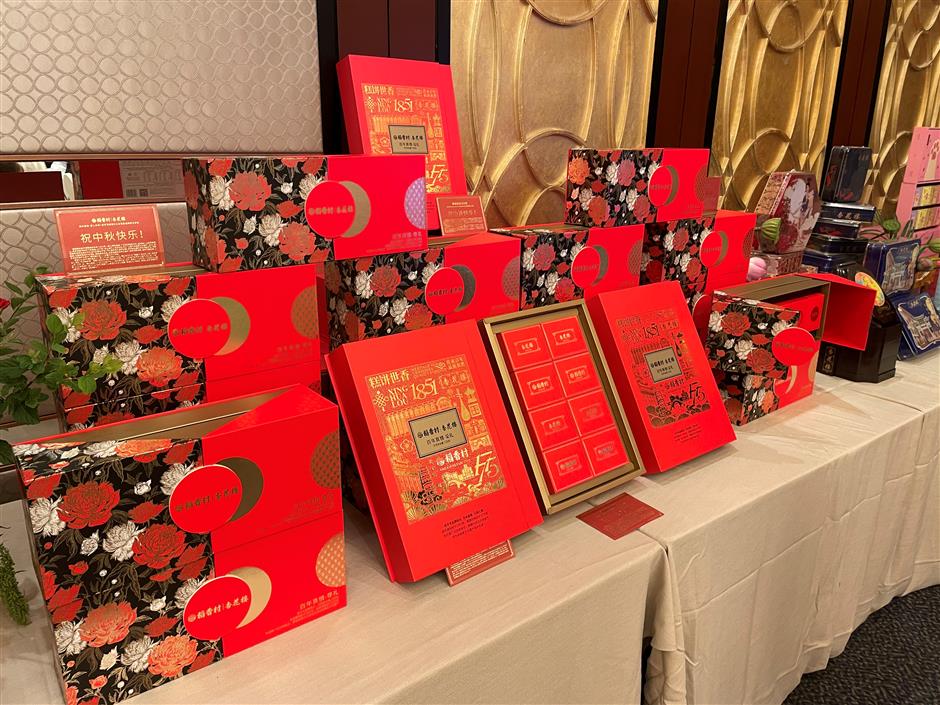 Mooncakes on display at a shop.

"We have cut the amount of sugar and salt to keep the traditional food healthy, and the gift box features red colors and exquisite flower patterns, symbolizing family reunion," she said.

"Cantonese- and Suzhou-style mooncakes take up about 80 to 90 percent of market share, and we want to promote traditional craftsmanship with the cooperation," Zhi Jing, deputy general manager of Xing Hua Lou, explained.

For the cooperation with Nestle, a coffee-flavored mooncake and a plant-based "meat" mooncake have been launched.

It took nearly 100 days to develop the recipe for the former, creating an East-meets-West classic, while the latter uses vegetable protein and natural plant ingredients in place of pork fat.

"Unlike pork fat, plant-based 'meat' is healthy with low fat and zero cholesterol, and its taste is similar to real pork fat," said Zhi.

"By cooperating with time-honored and international brands, we hope to promote the traditional culture of Mid-Autumn Festival as well as Chinese food," she added.