Count on a 3 to 5 kilometer jog to burn off one ice cream, consumer council warns 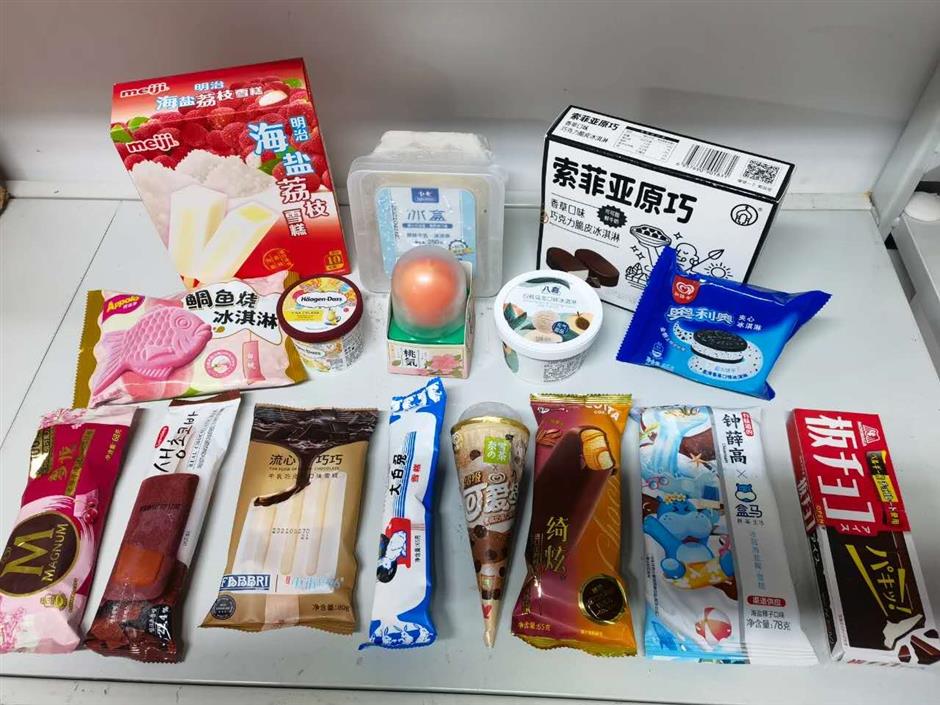 The testing measured factors such as fat, protein, sodium, trans fatty acids and sugar. The ice cream samples ranged between 23 and 250 grams, with prices ranging from 3.99 yuan to 34.5 yuan.

After having one of these ice creams, people usually need to jog three to five kilometers to burn off the fats and sugars they take in, according to the council.

The fat content of the ice creams ranged between 3.7 grams and 23.3 grams per 100 grams. A vanilla flavor ice cream branded Siaphya had the largest percentage of fat.

Also, its real amount of fat was 186 percent compared with that marked on the label, failing to meet relevant regulations on food nutrition labeling, according to the council.

The total amount of fat in a Little Seven milk ice cream hit 25 grams, the highest among the 16 samples and equal to the fat intake of a meal, the council said.

A Haagen-Dazs ice cream flavored Pina Colada had the highest percentage of sugar among the samples, hitting 24.5 grams per 100 grams.

Taking in excessive amounts of sugar will lead to potential tooth decay and obesity, the council warned.

The recommended daily intake of sugar should be controlled within 25 grams, according to Chinese Dietary Guidelines.

In total, 15 of the tested ice creams contained trans fatty acid. The heat amount of these samples ranged between 574 and 1,568 kilojoules per 100 grams.

Based on the calculation of burning 60 kilocalories (1 kilocalorie equals 4.18 kilojoules) every 1 kilometer of a jog, the consumption of each of these ice creams means people need to jog between 1.1 and 7.2 kilometers.

Consuming the samples required three to five kilometers of jogging, according to the council.

A Little Seven milk ice cream cost 7.2 kilometers of jogging, while it was 4.3 kilometers for both the chocolate flavored Morinaga and Lavelee ice creams.