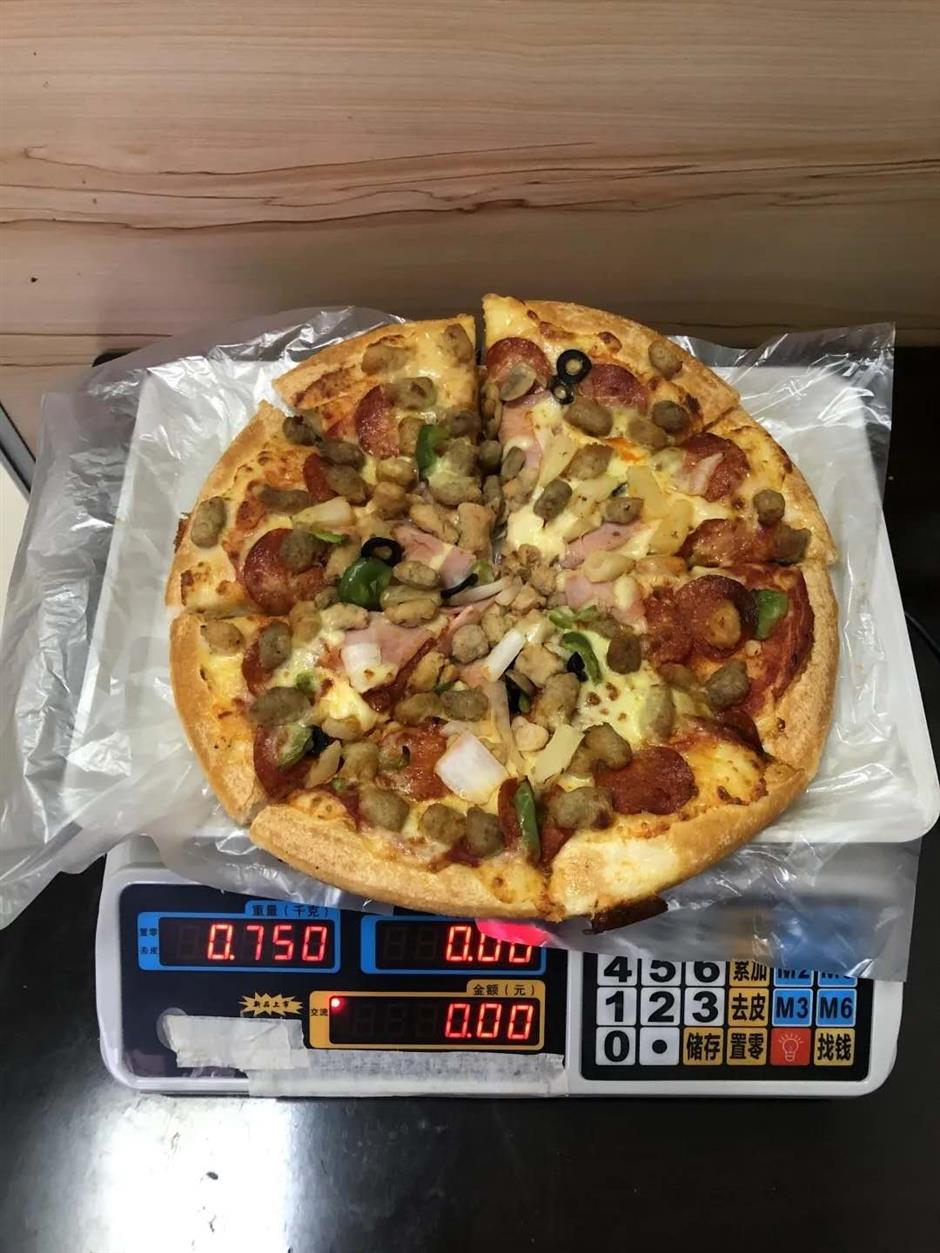 A pizza served by an outlet of Pizza Hut on Weiqing Rd W. in suburban Jinshan District weighs 750 grams, when it should be 880 grams as marked by the business in a written form.

Pizzas served by three pizza restaurant chains were found to be short of their estimated weight, the Jinshan District Consumer Council announced recently.

A pizza served by an outlet of Pizza Hut, an American restaurant chain, on Weiqing Rd W. in Jinshan weighed 750 grams, when it should have been 880 grams as marked by the business in a written form, according to the council.

Pizzas served by outlets of two other chains, Pizza King and Zhigenzhidi, in the suburban district, were also found to be short in terms of size.

The council ordered the involved businesses to make improvements and said on Thursday that staff of the Pizza Hut outlet have submitted rectification plans.