The 3rd Shanghai Isaac Stern International Violin Competition, delayed for a year due to the pandemic, held its opening and selection ceremony online on Thursday.

Those who advance to the semifinals will be competing online between August 18 and 21, with the six finalists announced on August 22.

The finalists will compete in person in Shanghai next year in accordance with national pandemic prevention and control guidelines. They will perform in the final round with a quartet and symphony orchestra. 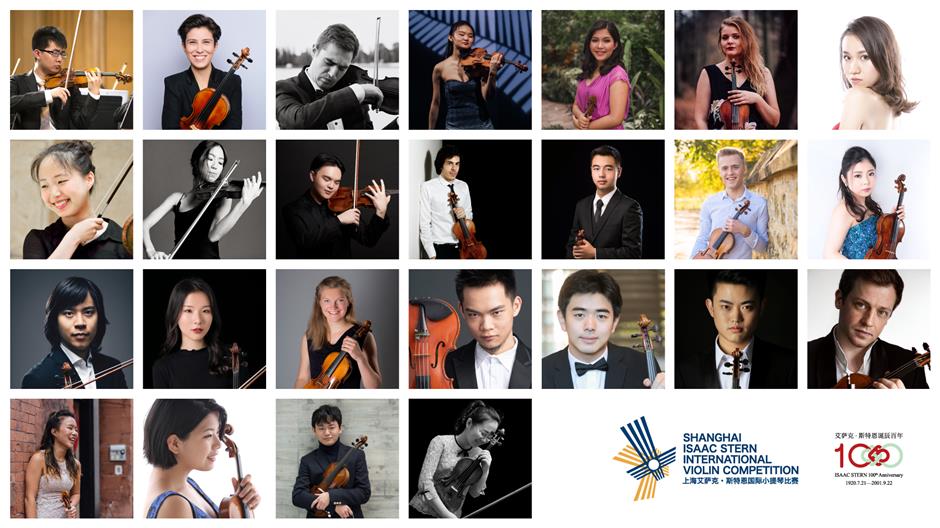 Twenty-five contestants from 13 countries and regions are competing in the online quarterfinals.

"Despite the pandemic, Shanghai Isaac Stern International Violin Competition is sticking to its original aspiration to provide stages for talented young artists through a scientific selection process," said Yu Long, director of the competition's organizing committee.

"The competition is intended to help and discover new talent for the international music stage and industry, and also showcase some Chinese melodies to worldwide audiences."

The competition was inaugurated in 2016 as the first Chinese music competition in the world initiated by a professional symphony orchestra, Shanghai Symphony Orchestra, where Yu serves as music director.

The overall standards remain the same as for previous editions though the quarterfinals and semifinals have been moved online. For example, semifinalists are still required to write their own cadenzas for the Mozart Concerto.

Contestants select their own piano accompanists and record their video performances in respective countries. Feeds are subsidized by the competition, and jurors from various time zones will score the submitted videos online together at the same time.

The lineup of jury members includes leaders in various fields of the classical music industry. The jury is co-chaired by well-known conductor David Stern and violinist and pedagogue professor Vera Tsu Weiling.

For the final round, in addition to the string quartet piece, contestants will perform a newly commissioned Chinese work – violin concerto "Night Tour" by Chinese composer Zhou Tian – and a violin concerto of choice with the Shanghai Symphony Orchestra. These are intended to fully demonstrate the contestants' artistic level, musical personality and irreplaceable in-person appeal.

Beginning Friday, the online quarter-finals and semi-finals, totaling about 50 hours, will be livestreamed via various channels, including the official WeChat video account of the competition, the official website of Shanghai Symphony Orchestra (www.shsymphony.com) and classical music channel Amadeus.tv. 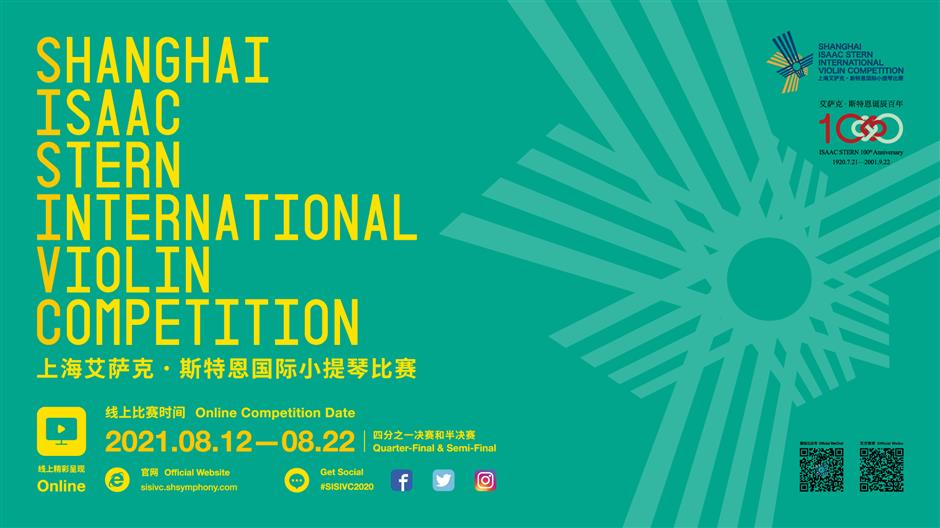