Wenmiao Confucian temple to close for renovation and expansion 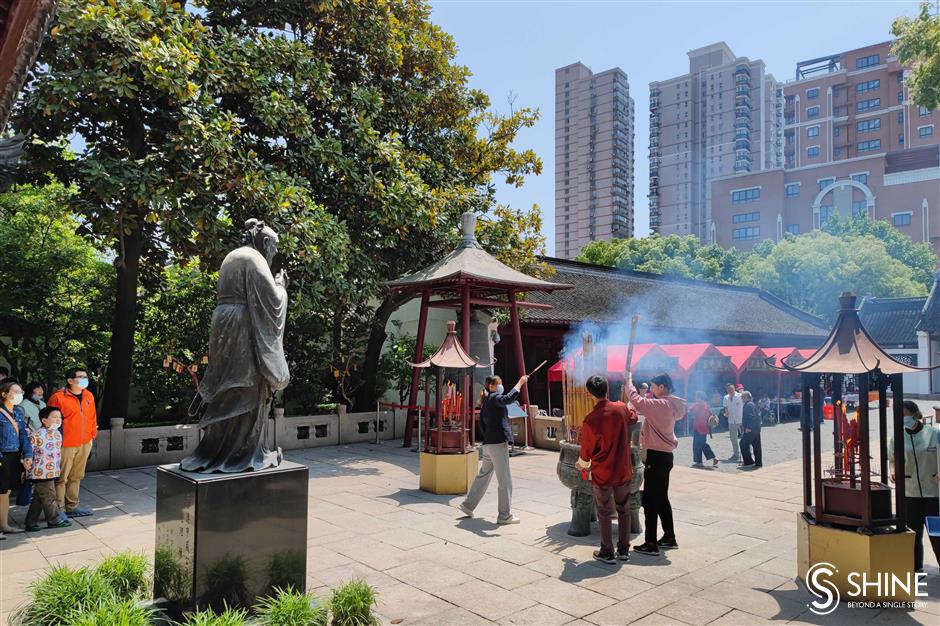 Visitors worship the statue of Confucius at the Shanghai Confucian Temple, or Wenmiao, in Huangpu District.

Shanghai's Confucian Temple, Wenmiao, in Huangpu District will be closed from next month for a major renovation and expansion.

The temple in the city's old town was founded in 1294 during the Yuan Dynasty (1271-1368). The renovation to start on October 8 will restore its traditional layout and enhance its historic appeal.

The project aims to further enhance the ecological environment and infrastructure facilities in the area and highlight the temple as a key base to promote traditional Chinese culture, according to the Huangpu District government.

The current structure on 215 Wenmiao Road was built in 1855 in the Qing Dynasty (1644-1912) as the only Confucian temple downtown. It features many historic buildings and has been listed as a city-level protected structure.

The temple was also famous for its popular wholesale book market that opened in 1993.

A smaller scale second-hand book market operates every Sunday in the Great Hall of Confucius Square – or Dachengdian Square.

At its peak, around 2001, the market drew almost 10,000 customers every Sunday. It was closed last year to prepare for the facelift.

It is not yet known when the temple will reopen. 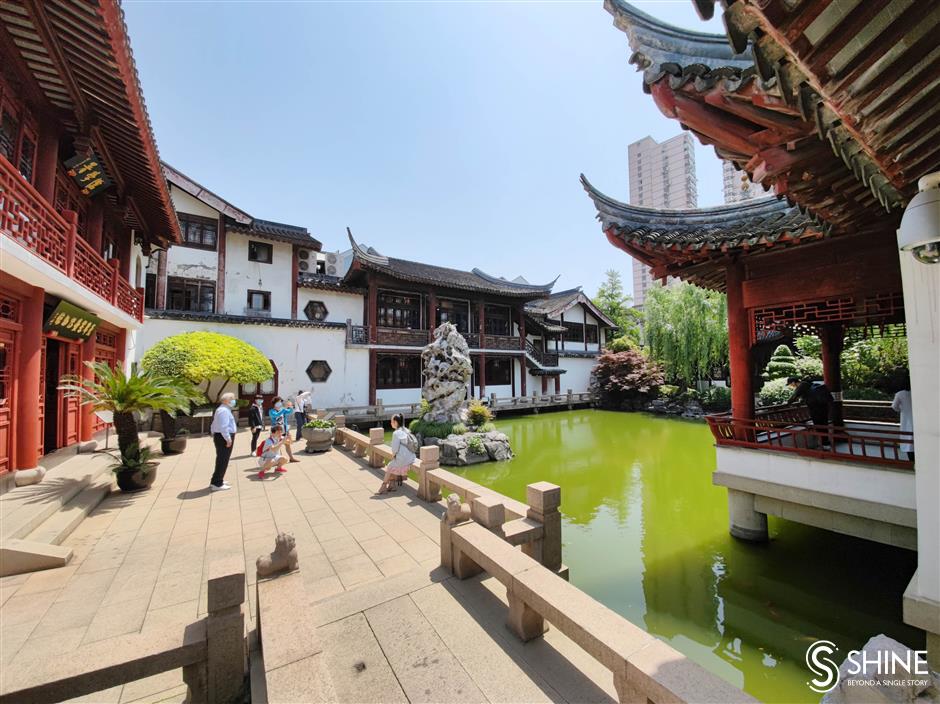