Both patients are workers at the Pudong International Airport's foreign cargo aircraft operating area, and had not left Shanghai in the 14 days prior to the positive confirmation. They were found infected through the most recent routine nucleic acid tests. Both were fully vaccinated and had both previously tested negative.

They are reported to have mild symptoms and have been sent to the Shanghai Public Health Clinical Center for treatment.

So far there's no clue connecting the origin of the infection to the recent COVID-19 outbreak in other Chinese cities, according to Wu Jinglei, director of the Shanghai Health Commission.

The first patient, a 44-year-old Ethiopian man, is a mechanical engineer who services foreign cargo aircraft at the airport.

He lives in the Jielonghuayuan residential complex in Chuansha Town in the Pudong New Area. The complex has been placed under closed-loop management and listed as a medium-risk area.

The second patient, a 45-year-old man, is a worker who also services foreign cargo aircraft at the airport. He lives in a centrally managed spot, Jinjiang Inn's Donghai Town branch in Donghai Town in the Pudong New Area. The hotel now has been placed under closed-loop management and listed as a medium-risk area as well. 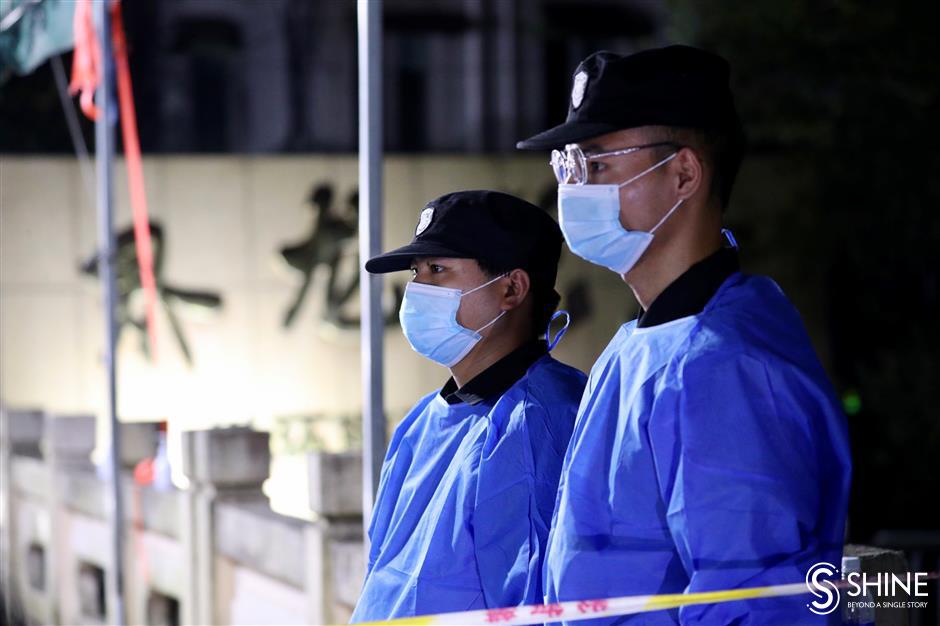 The Jielonghuayuan residential complex in Chuansha Town in the Pudong New Area has been locked down and listed as a medium-risk area since one of its residents was confirmed with COVID-19 on Friday.

There are currently three medium-risk areas in the city, two in the Pudong New Area and one in Songjiang District.

All the 47 close contacts and their 271 close contacts had tested negative by 6pm on Friday. All of them have been placed under quarantine at designated locations, according to the authorities.

A total of 40,097 people's samples have been collected, 8,151 of them were negative and the others are being tested.

Some 327 environmental samples have been collected at related sites, and all the results were negative as well.

The airport has set up 33 sample-collecting sites to test employees working there. 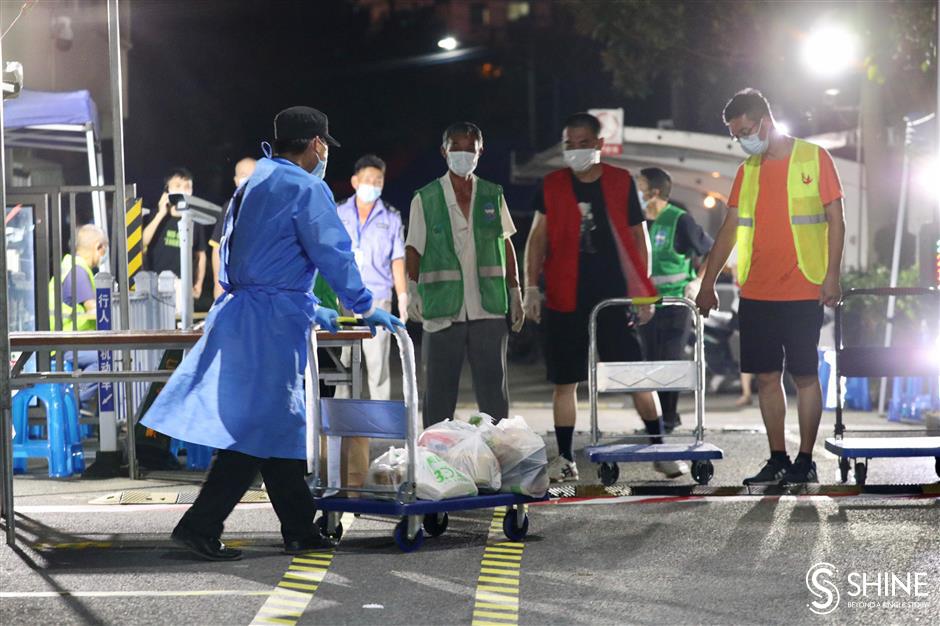 A staff member transports food and supplies for residents in the Jielonghuayuan complex. 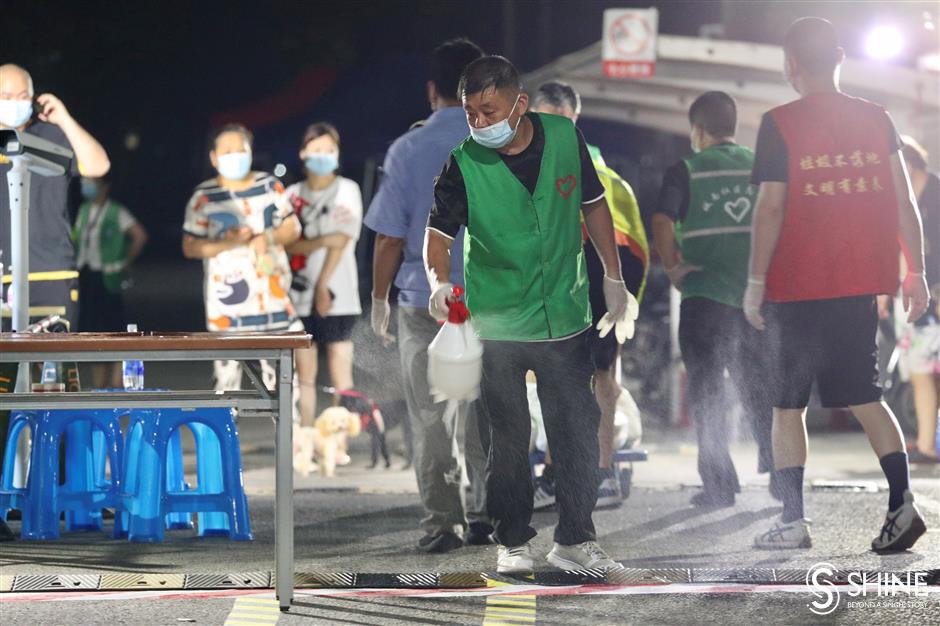 A volunteer disinfects the entrance of the complex. 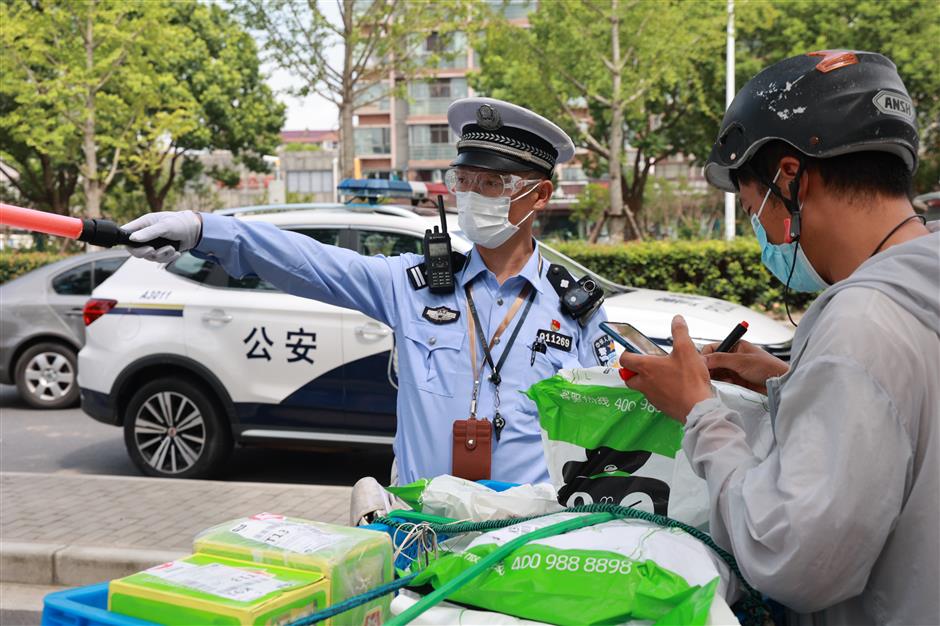 A police officer keeps order at the Jielonghuayuan residential complex.

Jielonghuayuan has been under lockdown since early Friday morning, and the first round of nucleic acid tests on residents has been finished, Pudong police said.

The complex only allows residents to enter, and no one can leave except for ambulance crews.

A logistics site has been set up at the entrance to the complex for parcels and food bought online by quarantined residents. All bags and packages are registered and sterilized before entering the complex.

Three police officers who live in the residential complex are helping to maintain order, including at the nucleic acid test sites. They will be working on shifts for the next two weeks.