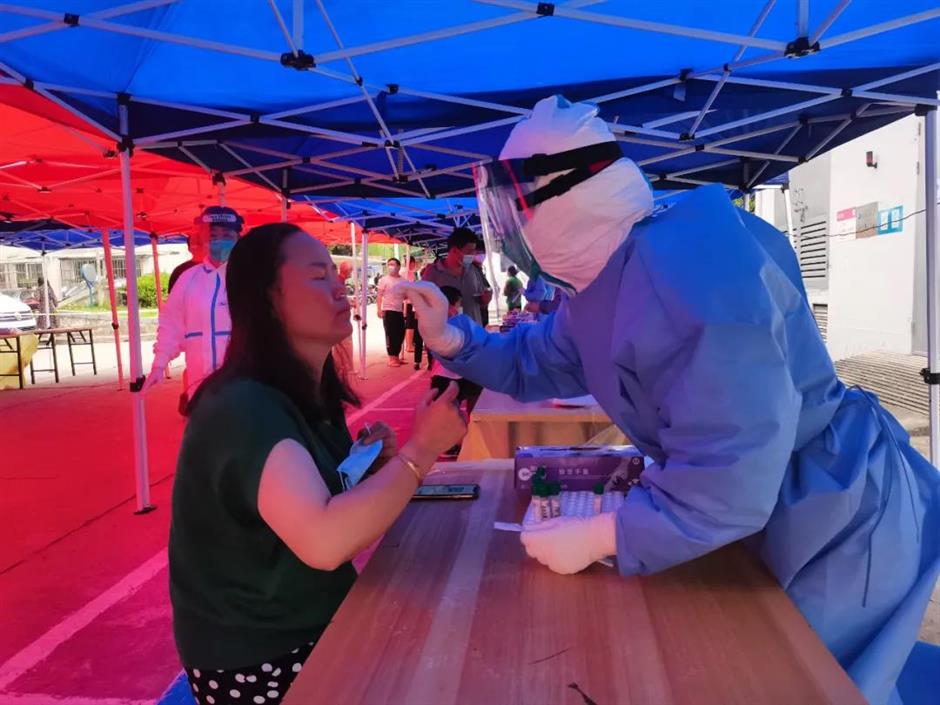 A medical worker collects a nucleic acid test sample from a woman who lives in the residential complex Jielonghuayuan in Chuansha New Town. 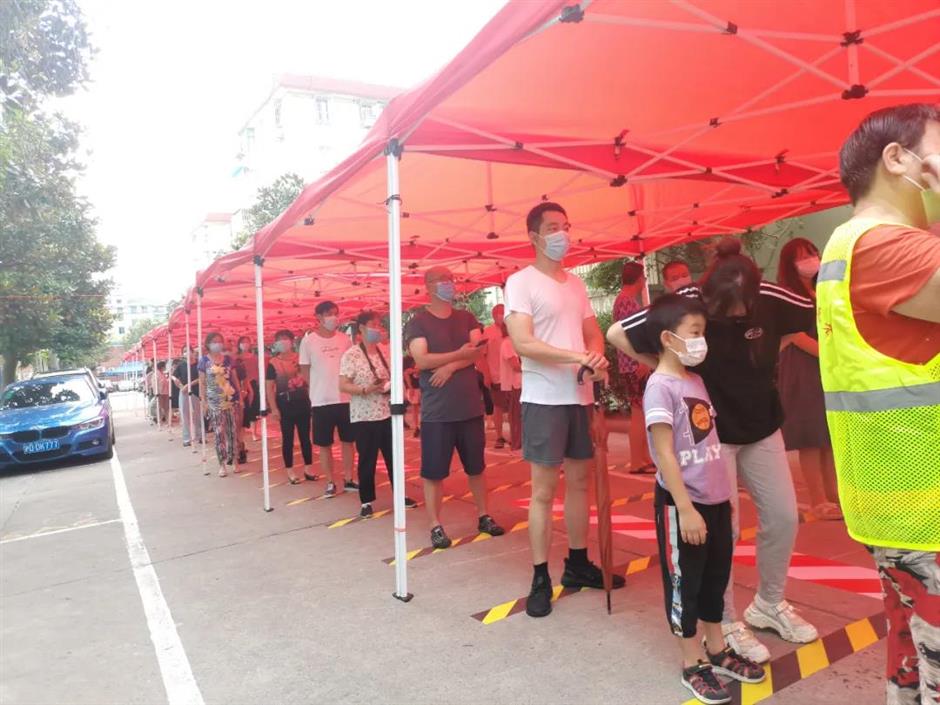 Three quarantined residential complexes in the Pudong New Area had completed their second round of nucleic tests by Sunday, according to the new area's government.

As of Sunday, two lock-down residential complexes in Pudong's Zhuqiao Town, Qianhuiyuanyicun and north area of Zhuheyuan, have finished their second round of nucleic tests. Their results of the first round of tests were all negative.

They are locked down due to two new COVID-19 cases reported on Saturday. There are more than 6,000 residents living in those two communities.

Both of the two patients are workers servicing foreign cargo aircraft at Shanghai Pudong International Airport.

The Jielonghuayuan complex in Pudong's Chuansha New Town, which finished its second round of tests on Saturday, has been under closed-loop management since Friday after one of its residents was confirmed with COVID-19 infection, said the government.

The patient is a 44-year-old Ethiopian man, a mechanical engineer who services foreign cargo aircraft at the Pudong airport.

Thanks to the hard work of volunteers, neighborhood staff of the complex and medical workers, the sample collection was finished within three hours.

A total of five people, all staff servicing foreign cargo aircraft at the airport, were confirmed with COVID-19 infection on Friday and Saturday.

Currently, five places in Shanghai have been listed as medium-risk areas, apart from Jielonghuayuan, Qianhuiyuanyicun, north area of Zhuheyuan and Jinjiang Inn's Donghai Town branch in the Pudong New Area, the other is Youlu Apartments in Songjiang District. Youlu was locked down after a female medical worker reported COVID-19 infection on August 18.

With the first round of the tests all negative, the Youlu Apartments also finished its second round of tests on August 19.