The tumor found in the newborn baby's heart during surgery.

A tumor has been removed from the heart of a 13-day-old baby boy, doctors from Shanghai Children's Medical Center announced on Thursday.

The baby started to suffer shortage of breath and his skin was turning purple upon delivery. His condition deteriorated days later.

Local doctors in Anhui Province diagnosed that the boy was suffering from congenital heart disease and heart tumor. However, they were unable to treat him.

The parents took the baby to Shanghai Children's Medical Center where doctors found a tumor over 2 centimeters in diameter covering the entire right atrium and impacting the heart function.

The tumor was like a bomb in the heart and it could take the boy's life, as his condition deteriorated quickly, doctors said.

They operated to remove the entire tumor and confirmed it as myofibroblastoma, a type of soft tissue tumor that is rarely found in the heart.

Hospital officials reported the baby had recovered and will be okay to undergo regular checks.

Shanghai Children's Medical Center is one of the largest heart centers for infants and children in the world.

It does nearly 4,000 pediatric heart surgeries each year, over half of them involving complicated congenital heart disease. One of its cases involved treating a heart tumor in a newborn baby nine days after delivery.

It is also the founding center for China's pediatric blood and oncological diseases. 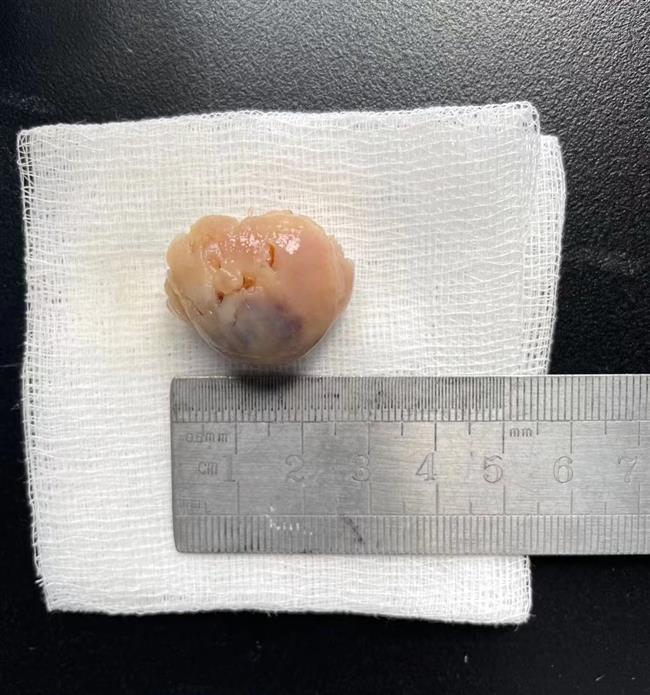 The tumor removed from the baby. 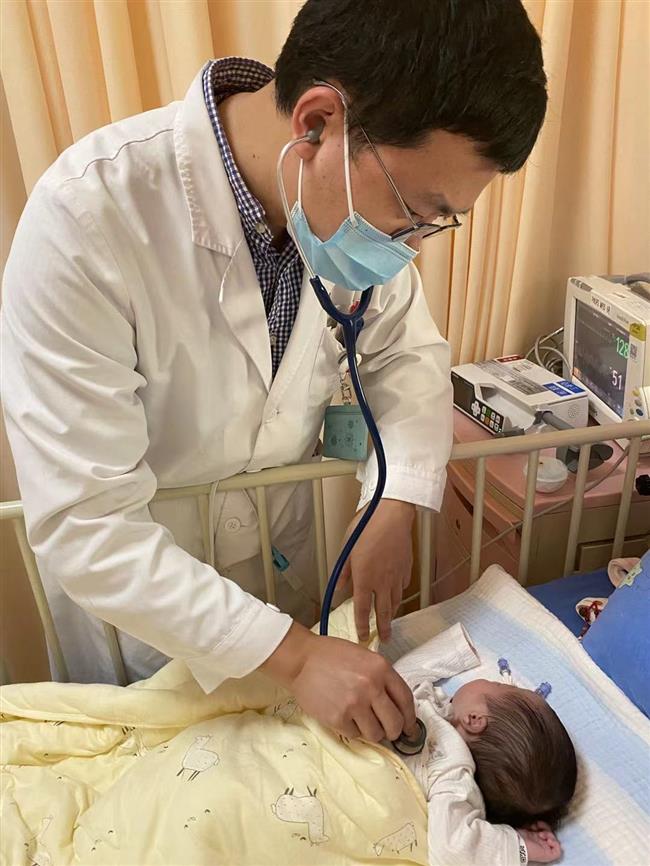 A doctor checks the baby, who is recovering well after the surgery.