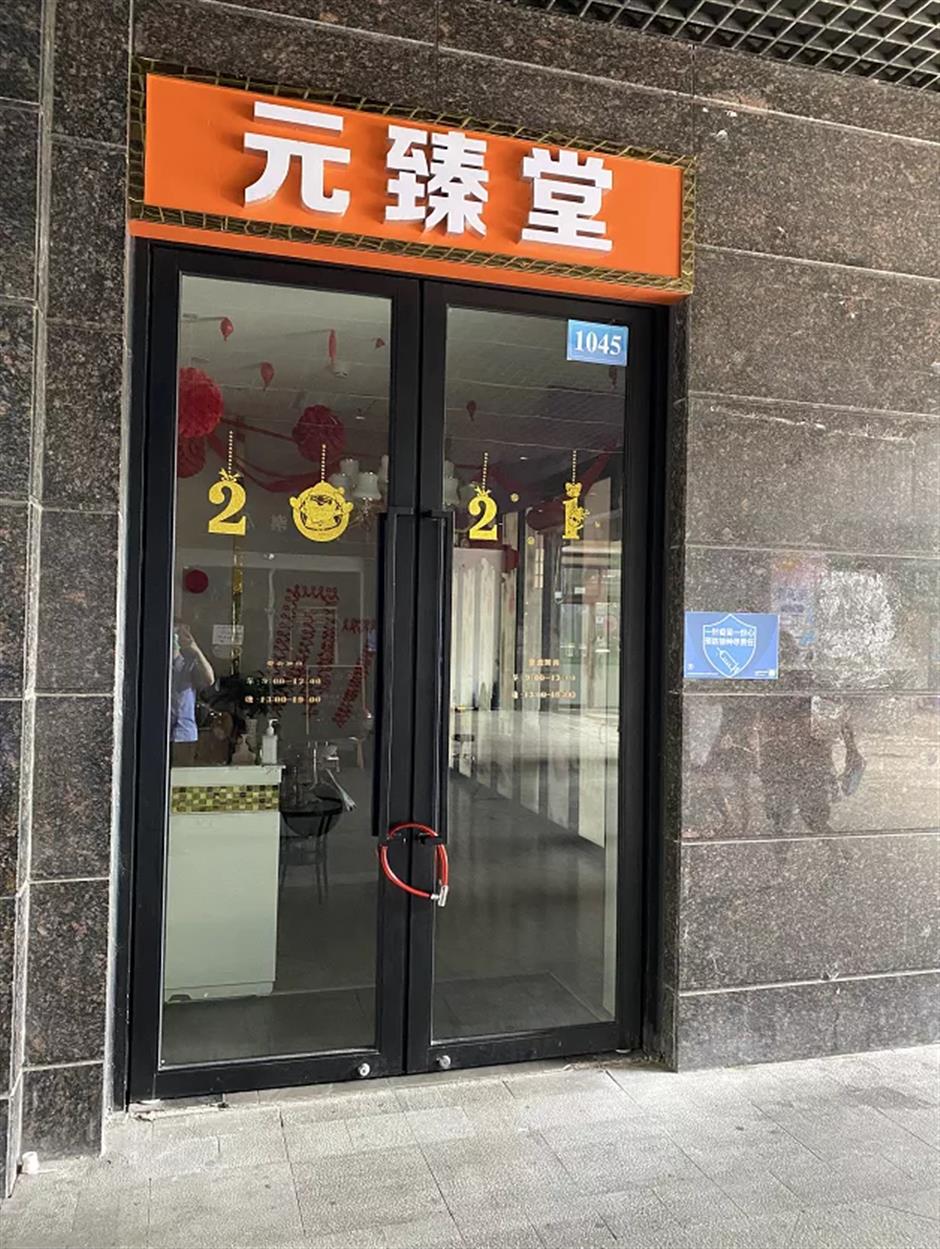 The massage shop under investigation is closed.

A massage shop in Huangpu District is under investigation for swindling nearly 3 million yuan (US$462,734) from a consumer, Shanghai's market watchdog revealed on Thursday.

Staff of the massage shop on Haichao Road were found to be fraudulently promoting expensive service items to a 67-year-old woman and claiming they could cure diseases, the Shanghai Administration for Market Regulation said.

The consumer was tricked into buying a large number of high-price items and spent 2.95 million yuan as a result, according to the administration. The shop is operated by Shanghai Xueyong Health Consultation Co.

The regulator handed the matter over to police and the payment has been returned to the woman.