A woman diagnosed with breast cancer when she was five months pregnant successfully delivered the baby while continuing treatment for the disease, a Shanghai hospital said on Thursday.

The woman expressed her strong desire to deliver the baby as well as have her cancer treated, Shanghai First Maternity and Infant Hospital said.

Dr Zhuang Zhigang, director of the hospital's breast disease department, said doctors did breast cancer surgery on the woman soon after the cancer was found. They designed a special post-operation chemotherapy treatment for her.

The woman delivered the baby by C-section four months later.

So far, both the baby and mother are in stable condition. The woman is still undergoing chemotherapy and targeted therapy, doctors said.

Zhuang said there is a special pregnancy-related breast cancer which occurs during pregnancy and within a year after delivery.

"Treatment for pregnancy-related breast cancer is more complicated as it needs the cooperation of different departments to ensure the safety and health of both the fetus and the patient," he said.

He said it is important for all women to be on high alert in terms of breast health.

"Pre-pregnancy breast checks are very important. If finding problems, it is necessary to go to the hospital for a checkup. Undergoing an ultrasound breast check won't impact fetal health," he added. 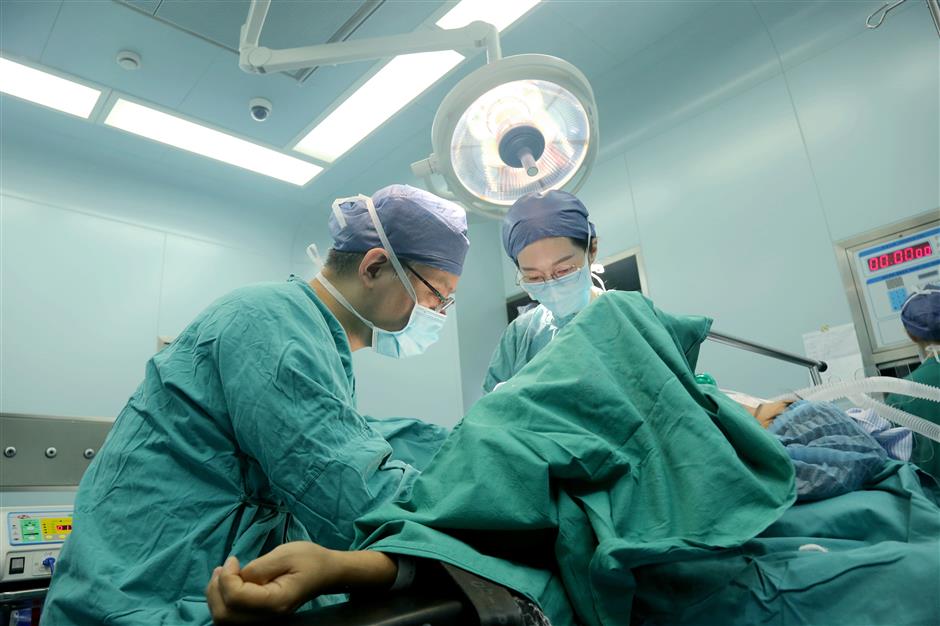