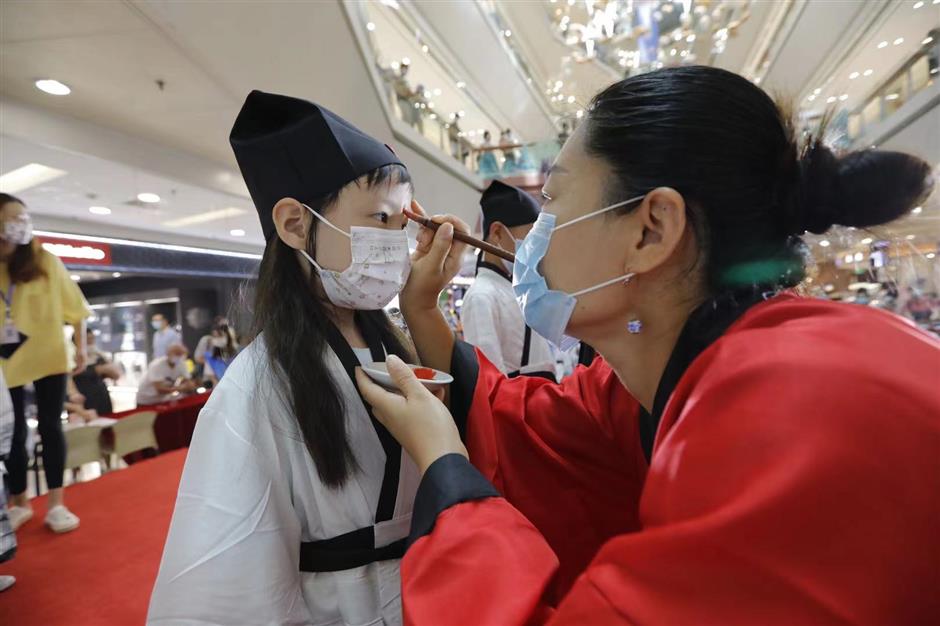 A professor paints a red spot on the forehead of a child as part of the kaibi ceremony.

A kaibi, or "pen opening," ceremony was held in the Wujiaochang subcenter in downtown Yangpu District over the weekend to mark the new semester in the traditional way.

More than 50 children attended the ceremony hosted by professors of Fudan University and Shanghai University of Finance and Economics at the Bailian Youyicheng mall in the Wujiaochang commercial hub.

The professors painted a red spot on the forehead of each child as a symbol of enlightenment and wrote the Chinese character ren, which means people, along with the children.

The young participants then struck the drum three times to indicate their high ideals.

The kaibi ceremony is said to have been initiated to pay respect to Confucius. Children around the age of six attended the ceremony, often held at the Confucius Temples, to mark the beginning of their school. It is deemed as one of the four major ceremonies in traditional Chinese culture along with the coming-of-age ceremony, wedding and funeral. 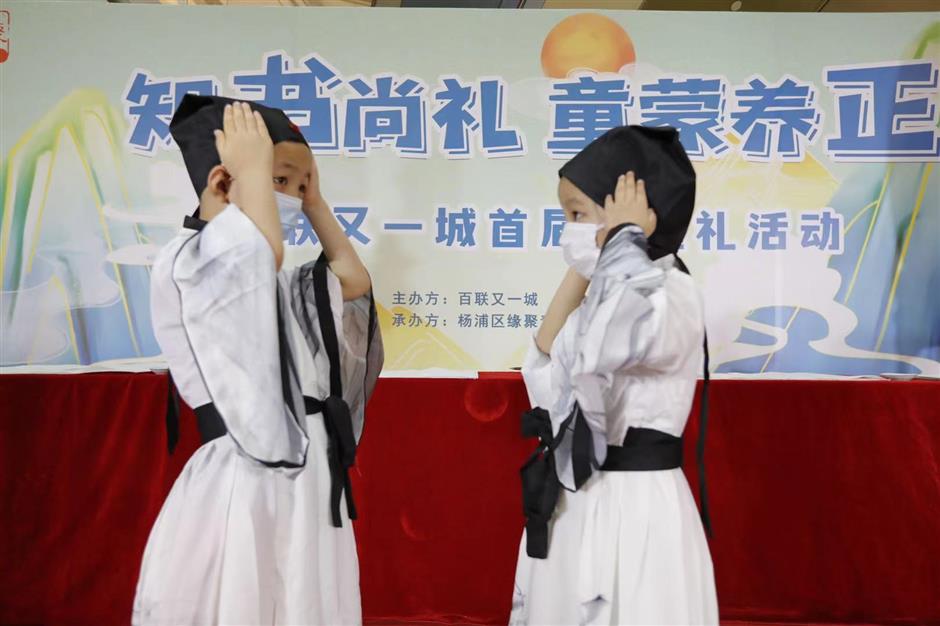 Children are dressed in hanfu costume for the traditional ceremony. 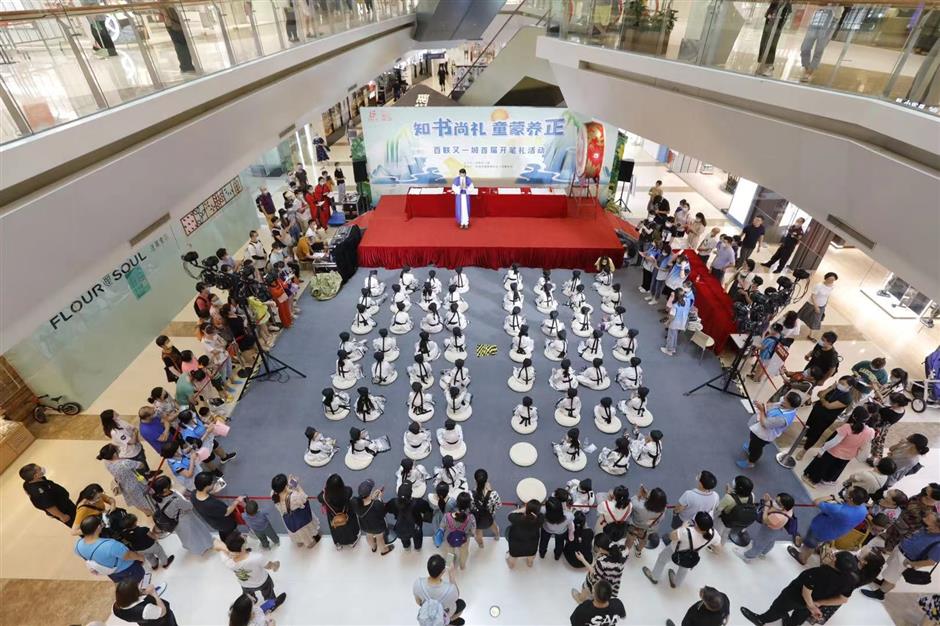 The first kaibi ceremony is held at a mall at the Wujiaochang subcenter over the weekend.