Courier employees to receive increase in pay for parcels delivered 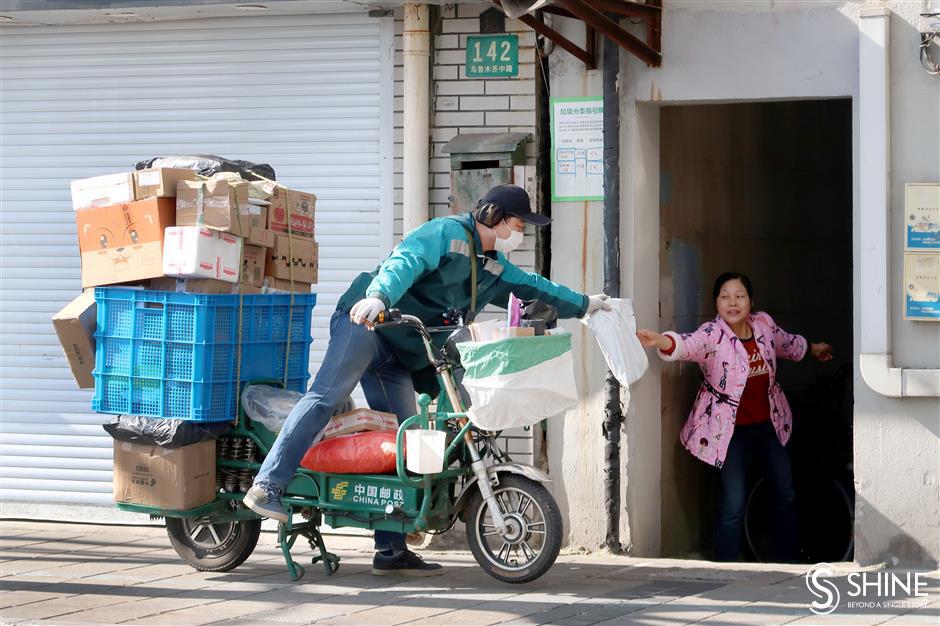 A China Post deliveryman sends a parcel to a customer.

Multiple leading courier firms will increase payment to delivery workers to improve the welfare of the nation's large group of delivery employees spawned by the world's largest e-commerce market.

Key courier operators, including the Shanghai-based YTO, ZTO, STO and Yunda, Best Express in neighboring Zhejiang, as well as the Indonesia-based J&T Express, have announced payment increases for grassroots delivery employees by 0.1 yuan (1.5 US cents) for each package they deliver, beginning from Wednesday.

As a result, the monthly salary for delivery workers is expected to increase by 500 to 1,000 yuan, depending on the number of packages they send.

The cost of courier services to consumers has yet to be affected by the adjustment.

"The additional payment must benefit each delivery employee and cannot be pocketed by franchise stores," an official with YTO told Shanghai Daily on Monday.

"The new policy aims to make sure delivery workers' income matches their efforts," she said.

ZTO said the increased payments will be sent to delivery workers through the company's app directly. STO, its major competitor in the local market, said further incentives and promotion opportunities will be available for the welfare of staff members.

J&T, founded in Jakarta and an entrant into the Chinese market last year, said an internal complaint channel has been set up for delivery employees to ensure the new policy is fully implemented and beneficial to the workers.

The joint payment increase came after seven Chinese ministries and government bodies released a guideline in July to ensure the "lawful welfare of delivery employees." 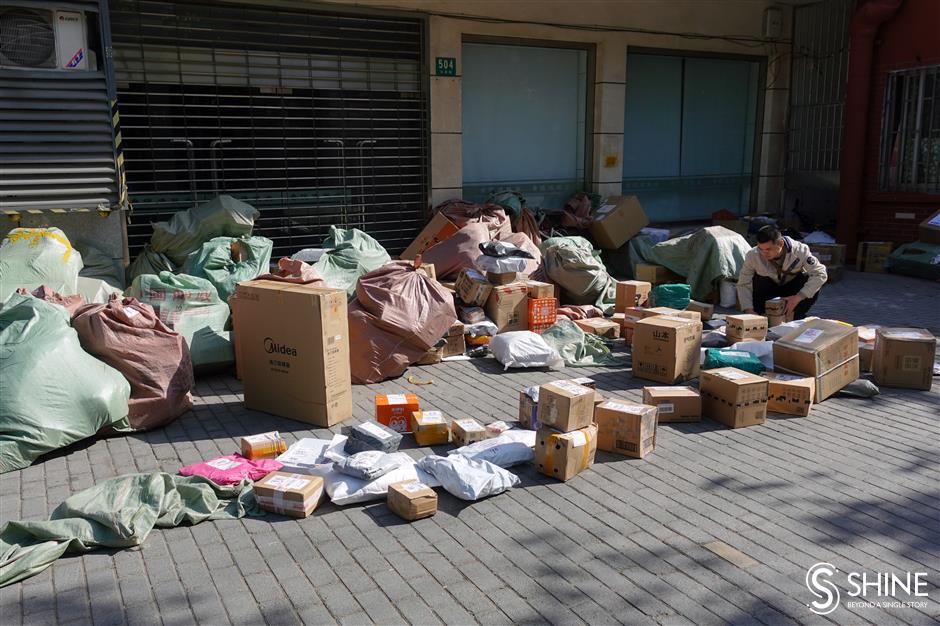 A delivery employee sorts parcels on a local street during the annual Singles' Day online shopping extravaganza in November.

Over 300 million packages are delivered across the nation every day, according to the latest statistics from the State Post Bureau of China. The number of deliveries is expected to reach 95 billion pieces throughout 2021, the bureau said.

The delivery workers' income mainly comes from payments for each parcel received or delivered, said Yang Daqing, an expert focused on the courier industry.

Most courier firms set higher payments for each parcel received than delivered, causing some disputes between customers and the courier firms regarding their "last mile" delivery service, Yang said.

The latest adjustment is expected to improve service and benefit customers, he added.

Customers have long been complaining that most of their parcels were left in couriers' lockers or at delivery stations rather than delivered to their doors.

During an online poll regarding the latest adjustment of delivery payment on sina.com, most voters did not support the salary increase.

"The delivery employees should be required to complete their 'last mile service' before receiving a pay raise," one of the voters complained in a comment under the poll.

A ZTO delivery worker told Shanghai Daily on Monday that their payment had been squeezed repeatedly amid the fierce price competition among the courier firms.

"I earn less than one yuan for each parcel I deliver even with the additional payment," the delivery employee said.

According to a survey, the average monthly salary for 75 percent of delivery workers is around 3,000 to 5,000 yuan. Only 5 percent of the courier employees earn over 6,000 yuan per month and one percent earn over 8,000 yuan. There are currently some three million courier workers across the country.

Zhao Xiaomin, another Chinese expert, said the raise in payment is expected to eventually lead to an increase in the price of courier services.