Streets in downtown Shanghai which ban bicycles and e-bikes at the moment might allow them again under certain conditions, according to the city's road transport administration bureau.

This is one of the guidelines of a new traffic planning guide for pedestrians and bikers issued by the bureau on Monday.

In wider streets, the width of motor lanes could be reduced to give way to bikes. Where parallel streets are unavailable for bikers to take a convenient detour, planners could reduce motor lanes or allow bikers to use motor lanes at all times or during certain periods of the day to enable them to use the streets, the guideline says.

It also requires that bike parking space be available at intersections of streets which don't allow bikes and that more streets near such roads allow bikers to take a detour.

According to the guideline, the government will offer more convenience to pedestrians and bikers who need to cross the city's rivers.

"People will be able to cross the Suzhou Creek on foot or by bike at more points, and for those who need to cross the Huangpu River, we will better connect them with ferry services," said He Li, director of the bureau's planning and technology information department.

The guideline also focuses on the connection of bikers to Metro stations and the long headaches of messy bike parking around subway stations.

All newly built Metro stations should have bus stops, taxi stands and bike parking places within 50 to 100 meters, and the number of bike parking slots within 200 meters of Metro stations located outside the Outer Ring Road should suffice the ratio of 15 to 25 per 100 passengers during peak hours, the guideline says.

As many people ride shared bikes from home to Metro stations in the morning and the bikes often block entrances to the stations, the guideline requires that streets nearby offer space to temporarily keep the bikes that are removed from the station.

In addition, the guideline provides detailed instructions on safe passages of pedestrians and bikers on streets, accessible traffic infrastructure for the physically challenged and senior citizens and design of public facilities for people. It also sets out instructions in expanding the network of bike lanes in all parts of the city.

Dai Dunwei, vice director of the bureau, said the bureau will mobilize traffic planners of all districts to implement the guidelines and integrate them with other aspects of city planning.

"We welcome suggestions from the public and hope to involve all residents in making decisions on improving our city for pedestrians and bikers," he said.

Projects to make the city streets more friendly to pedestrians and bikers are being hailed by residents.

At the main campus of Fudan University spanning Handan Road in Yangpu District, lanes have lately been separated for pedestrians and bikers to ensure that both cross the busy street more safely.

A 24-year-old student surnamed Zhao said the new bike lanes at the intersection of Handan and Guoquan roads provide convenience for bikers like her. Earlier, there were no bike lanes for those who needed to ride to the other side of Handan Road, and they could only use the pedestrian walks.

"I'm fully aware that it's illegal to ride bikes on pedestrian walks, but if I lawfully walked my bikes over the zebra crossing, I would definitely have to stop in the middle of the street again to wait for another red light to turn green," she explained. In suburban Fengxian District, Wangyuan Road between Hangnan Highway and Jinqi Road, which was once a two-lane street with no pedestrian or bike lanes, has been expanded and turned into a 2-kilometer "forest avenue" for pedestrians and bikers.

Lara Fu, who lives in a residential complex near the street, said she enjoys jogging there.

"The straight and plastic cement-paved pedestrian path is really ideal for joggers," she said. "The path is connected to a nice park next to it, and I often take a detour through it to relax." 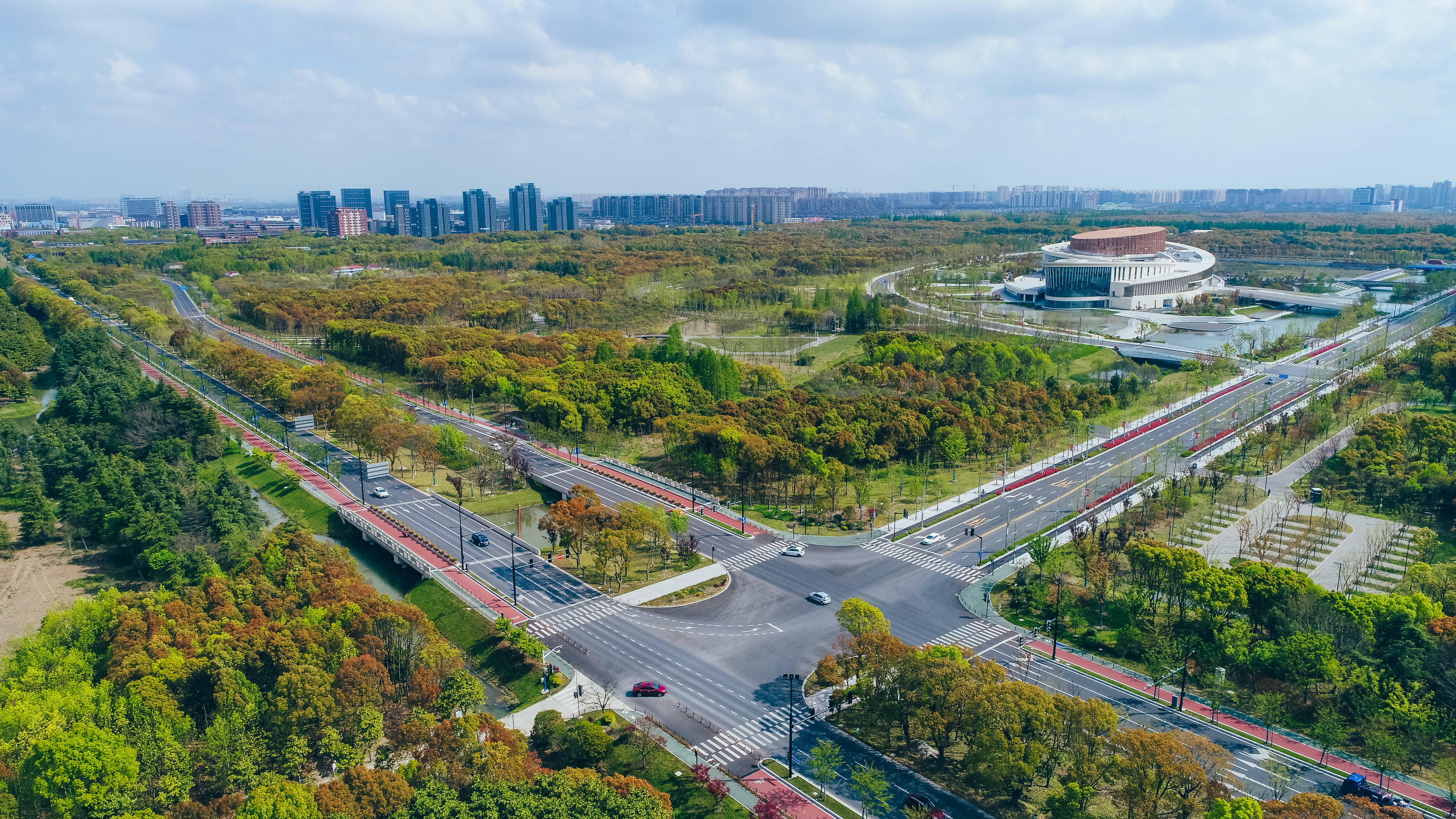