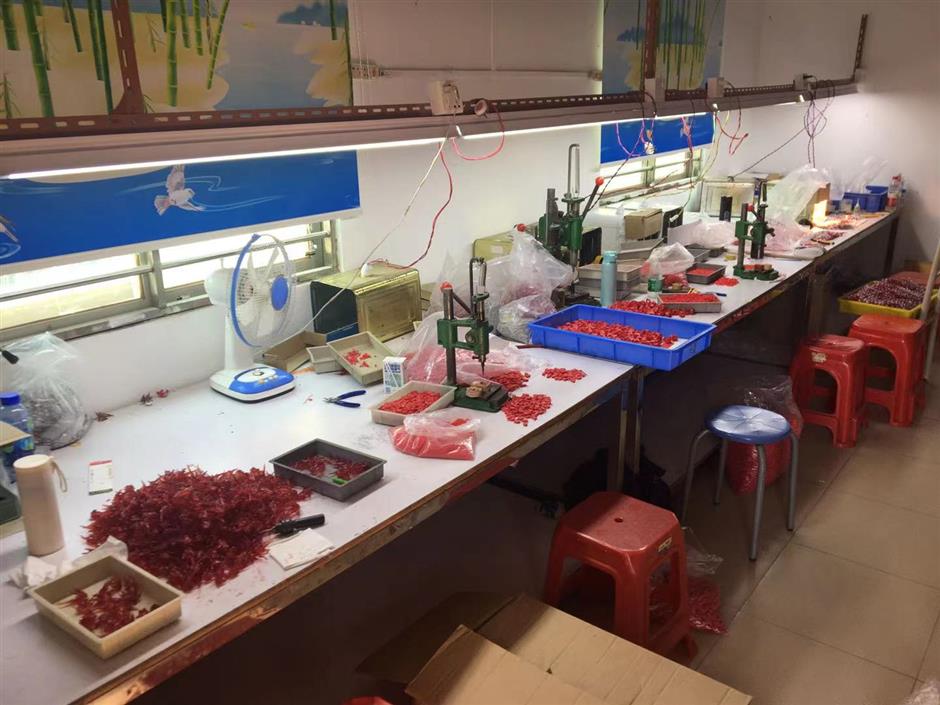 The factory in Dongguan city, Guangdong Province, where the fake toys were produced.

The trademark owner of the toys, Bandai, reported to police in Fengxian District in July that a resident of the district told the company that he bought fake Ultraman toys on the Internet.

The man, surnamed Wang, said he bought the toys from an Internet shop which claimed they were authentic.

Wang paid 210 yuan for one in March and 605 yuan for another in June, but then he was told by a collector of the toys that his were "obviously" fakes, judging by the color and quality, police said.

Police immediately started their investigation and located the Internet shop in Dongguan city, Guangdong Province. It was run by a man, surnamed Liu, who was formerly the quality control director of a factory contracted by Bandai to produce the toys.

After resigning from the factory, Liu opened a plastics factory and mass-produced the Ultraman toys which were sold in packages in foreign languages as imports from abroad.

They were offered at prices slightly lower than the authentic products sold on the Chinese mainland, police said.

In their recent raid on the gang in Dongguan, police seized over 5,000 sets of the fake toys.